Mark Wright made a heartfelt speech on his Heart Evening Show on Tuesday, as the UK marked one year of lockdown.

The former TOWIE star, 34, became emotional on the air as he spoke about how his family has been affected by the COVID-19 crisis, namely losing his uncle Edward to the virus earlier this month.

Mark said: ‘It’s been so so hard, I mean personally I’m sat here now, one uncle less, and it pains me so much to say it, and I’ve got a lump in my throat right now…’

Reflective: Mark Wright made a heartfelt speech on his Heart Evening Show on Tuesday, as the UK marked one year of lockdown

Both his parents battled Covid too, but have thankfully come out the other side.

He reminisced about the past year in lockdown as listeners sent in their stories and talked about ‘how amazing it is’ and ‘how far we’ve come’ in the past year.

Mark also thanked the NHS for all the incredible work they’ve done.

He said: ‘Today was a year since we first went into lockdown and it was a little bit of a novelty.

‘So many of you have been texting me your amazing messages, about finding your partner, having a baby in lockdown, spending time with your loved ones and creating cinema nights at home that never would have happened if it wasn’t for this crazy time.

‘But there’s obviously negatives to the last year, we know that. It’s been so tough for all of us. For different reasons. 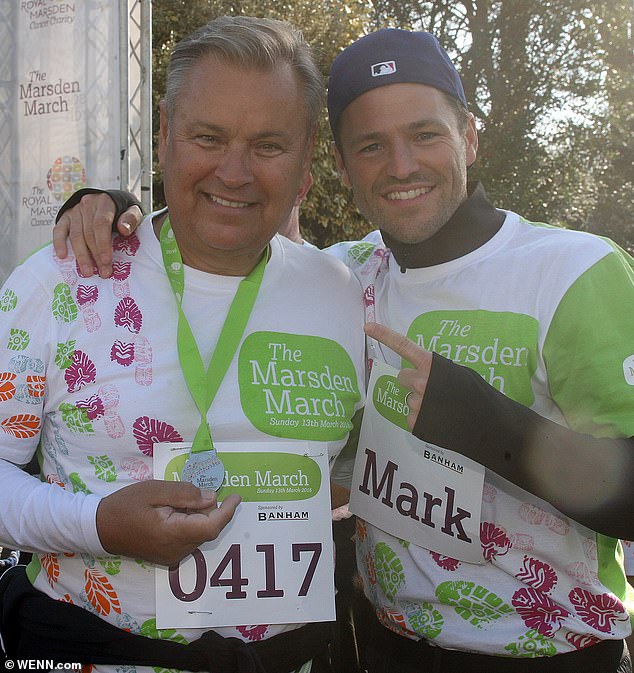 Loss: The former TOWIE star, 34, became emotional on the air as he spoke about how his family has been affected by the COVID-19 crisis, namely losing his uncle Edward to the virus earlier this month

‘If you haven’t lost a loved one, maybe financially, maybe just mentally, not knowing which way to turn, none of us would have ever been able to predict or imagine what’s gone on in this last year.

‘So don’t feel bad if you’ve done something wrong, or you’ve dealt with it in the wrong way, or you’ve felt a little bit down, or you’ve let yourself down, because nobody, I reiterate, would have ever predicted this, but here we are.

‘A year on and 26 million people have been vaccinated. The news that we needed to be able to see a light at the end of the tunnel is with us.

‘I’m going to sit here and think how amazing it is how far we’ve come. One of the leading countries when it comes to being vaccinated. 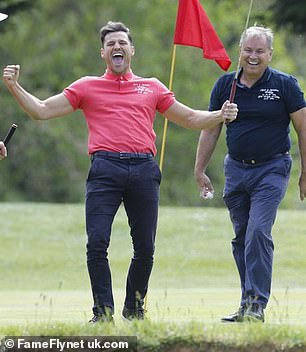 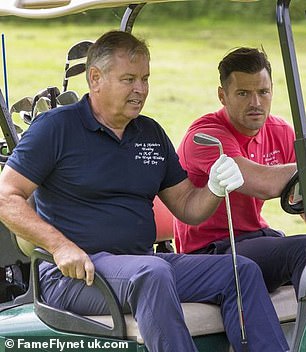 Emotional: The presenter vowed to ‘look after his auntie Debbie’ after admitting he was ‘broken to pieces’ in a moving tribute, along with a gallery of snaps of the pair (above in 2015) 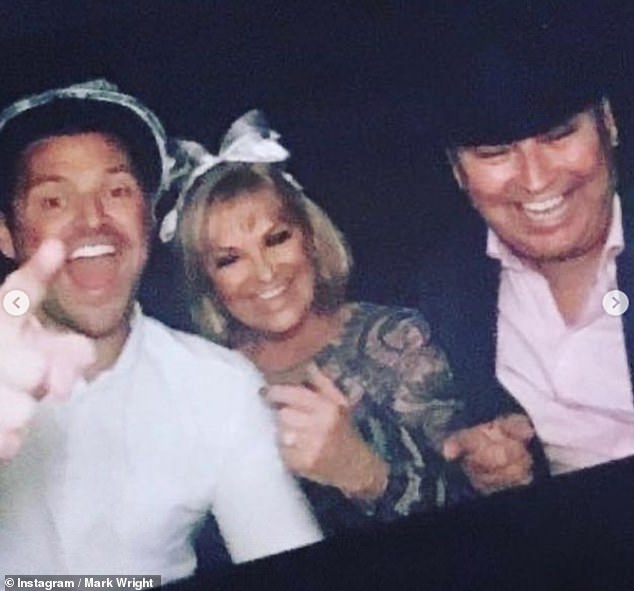 Emotional: Mark said he was ‘absolutely broken’ following his uncle’s passing, but vowed to ‘look after’ his family

‘I’ve settled down a little bit in terms of work, and I’m sure you’ve had these moments too. So let’s look at it in a positive light and most importantly just know how strong you are and how amazing you are, that you got through this and you did it.

‘You listened and you did what needed to be done to get us to this point where we’re this close, this close, and I just want to say thank you and well done.

‘Tap yourself on the back and just know how special you are for what you’ve done and of course a massive thank you to the NHS, you are truly incredible.’

Edward died at the age of 66, following an eight-week battle with Covid. 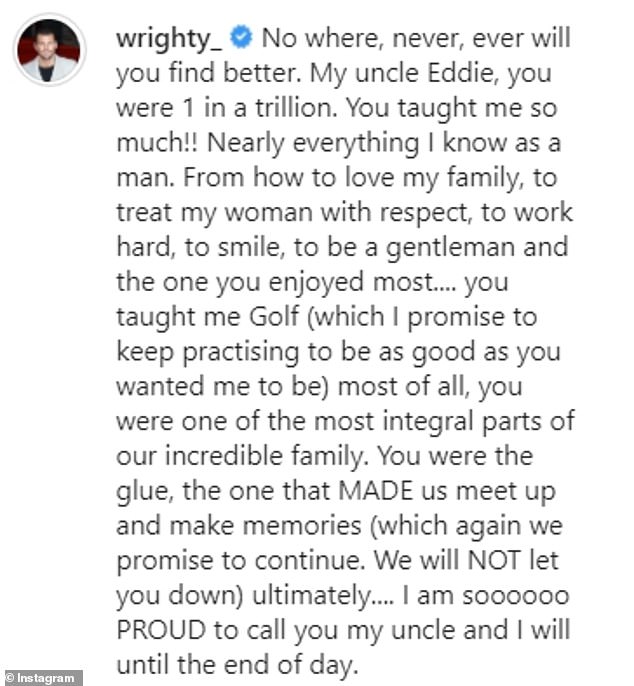 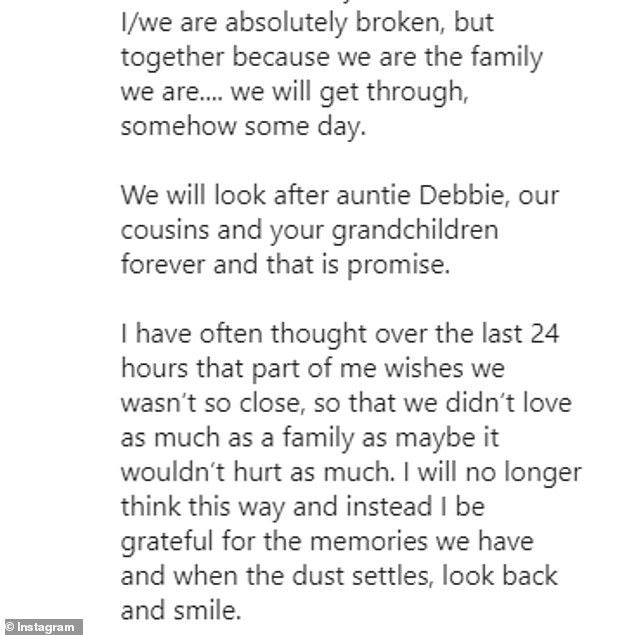 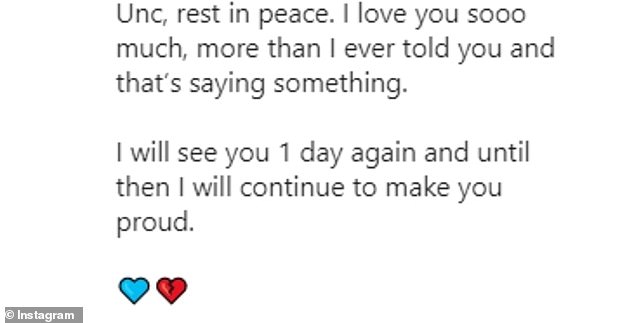 Sad news: He ended his post: ‘I love you sooo much, more than I ever told you and that’s saying something. I will see you 1 day again and until then I will continue to make you proud’

Mark vowed to ‘look after his auntie Debbie’ and said he was ‘broken to pieces’ in a moving tribute, as his cousin Elliott, 40, announced his father’s passing at the start of March.

Following Elliott’s announcement of his father’s death, Mark took to social media to share his own tribute to his uncle, along with gallery of snaps from their life together.

Among the collection of snaps were several images of Mark and his uncle playing golf together at his stag party in 2015.

Other snaps also showed the pair taking part in The Marsden March with the Wright family in 2016, beaming with delight as they crossed the finish line.

Mark wrote: ‘No where, never, ever will you find better. My uncle Eddie, you were 1 in a trillion. You taught me so much!! Nearly everything I know as a man. 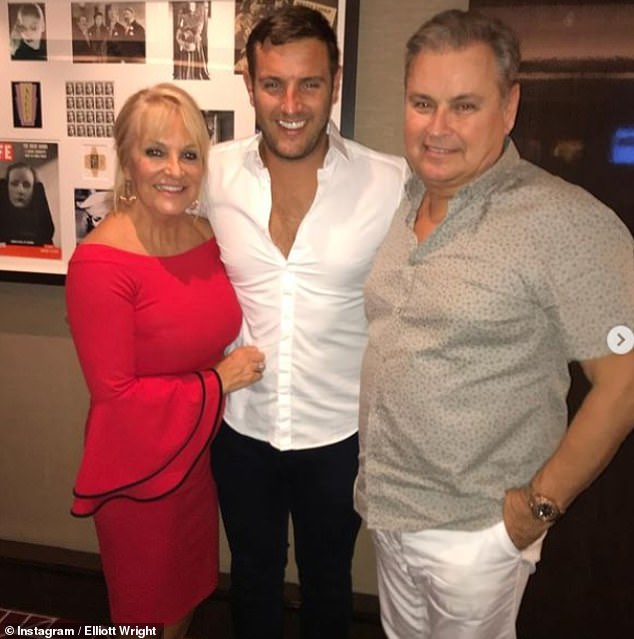 ‘From how to love my family, to treat my woman with respect, to work hard, to smile, to be a gentleman and the one you enjoyed most.

‘You taught me Golf (which I promise to keep practising to be as good as you wanted me to be) most of all, you were one of the most integral parts of our incredible family.

‘You were the glue, the one that MADE us meet up and make memories (which again we promise to continue. We will NOT let you down) ultimately…. I am soooooo PROUD to call you my uncle and I will until the end of day.

‘I/we are absolutely broken, but together because we are the family we are…. we will get through, somehow some day. 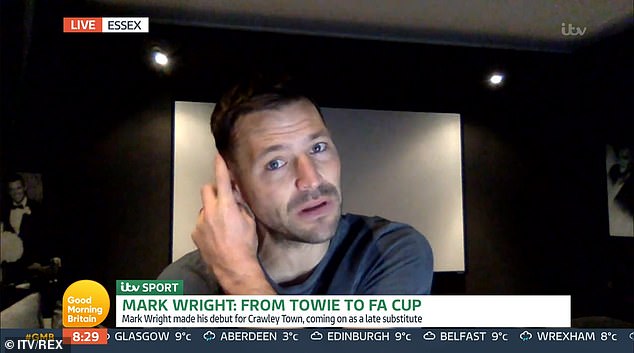 Tough times: In January Mark revealed Covid had left his uncle in a ‘critical condition’ after detailing how his own father Mark Snr had been ‘mentally changed’ by his battle with the virus

‘We will look after auntie Debbie, our cousins and your grandchildren forever and that is promise.

‘I have often thought over the last 24 hours that part of me wishes we wasn’t so close, so that we didn’t love as much as a family as maybe it wouldn’t hurt as much.

‘I will no longer think this way and instead I be grateful for the memories we have and when the dust settles, look back and smile.

‘Unc, rest in peace. I love you sooo much, more than I ever told you and that’s saying something. I will see you 1 day again and until then I will continue to make you proud.’ 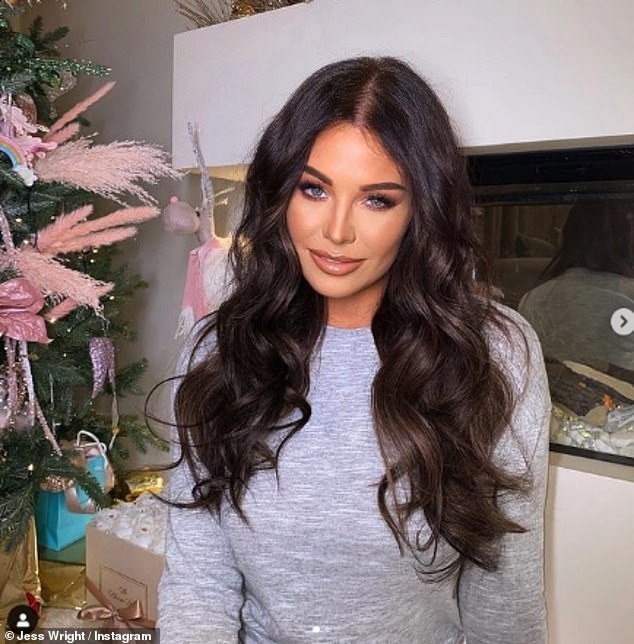 Scary: Mark’s sister Jess Wright recently told how Covid has ripped through her family like ‘wildfire’, with some family members being hospitalised

In January Mark revealed coronavirus had left his uncle in a ‘critical condition’ after detailing how his own father Mark Snr had been ‘mentally changed’ by his battle with Covid.

His parents Mark. Snr, 64, and Carol, 60, announced on New Year’s Eve they had been struck down by the virus.

Mark’s sister Jess also revealed at the time that some of her family has been hospitalised by coronavirus.

The former TOWIE star detailed how Covid had ripped through her family like ‘wildfire’, with some having to seek treatment in hospital. 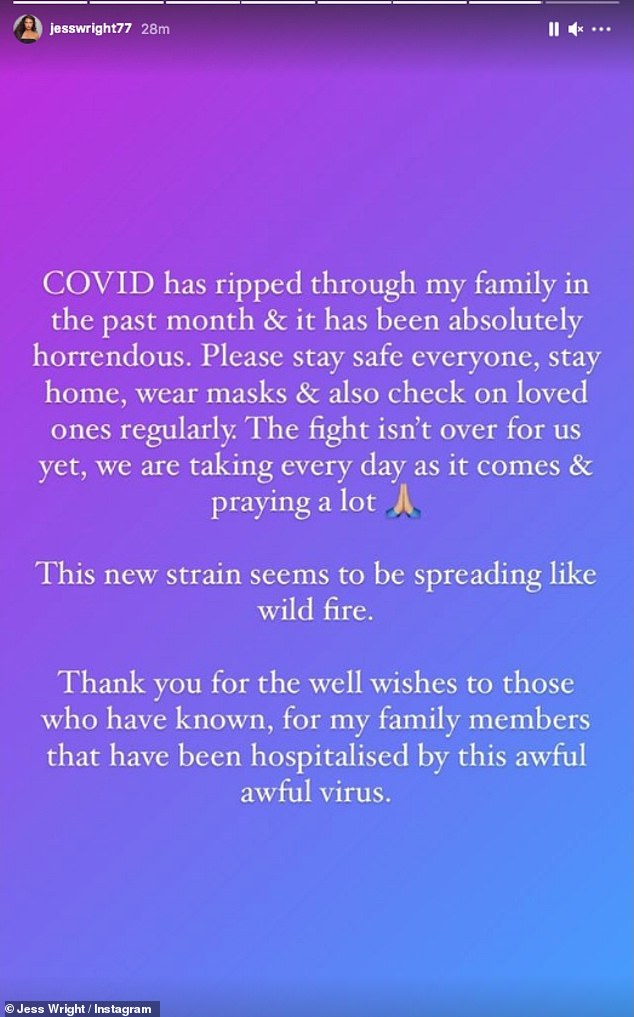 Health: The star took to Instagram to share an update after her mother and father announced they had been struck down the virus

Jess wrote: ‘Covid has ripped through my family in the past month and it has been absolutely horrendous. Please stay safe everyone, stay home, wear masks and also check on loved ones regularly.

‘The fight isn’t over for us yet, we are taking every day as it comes and praying a lot. This new strain seems to be spreading like wildfire.

‘Thank you the well wishes for those who have known, for my family members that have been hospitalised by this awful, awful virus.’

Mark Wright on Heart, Monday to Thursday evenings from 7pm-10pm and Sundays from 12pm-4pm.

Kodak Black: I’m Not Happy NBA YoungBoy Is In Jail!!

TOO MUCH Lyrics – EMERSON DRIVE