The Pretty Little Liars actress appeared to be cooling off with an iced coffee after finishing her body-toning session.

The 31-year-old’s workout trip comes not long after it was announced that she had signed on to a starring role in the upcoming AMC-Alibi series Ragdoll.

Stepping out: Lucy Hale cut a very casual figure while leaving a Pilates studio in West Hollywood on Wednesday morning

Hale stayed comfortable in a cropped light purple hoodie that exposed just a bit of her toned midriff.

She contrasted her top with a pair of form-hugging black leggings and a set of light pink athletic shoes.

The Pretty Little Liars actress tied her newly dyed blonde hair back into a bun during her trip to the Pilates studio.

The multitalented performer wore a pair of gold-framed round sunglasses from Ray-Ban and accessorized with several rings worn on her right hand. 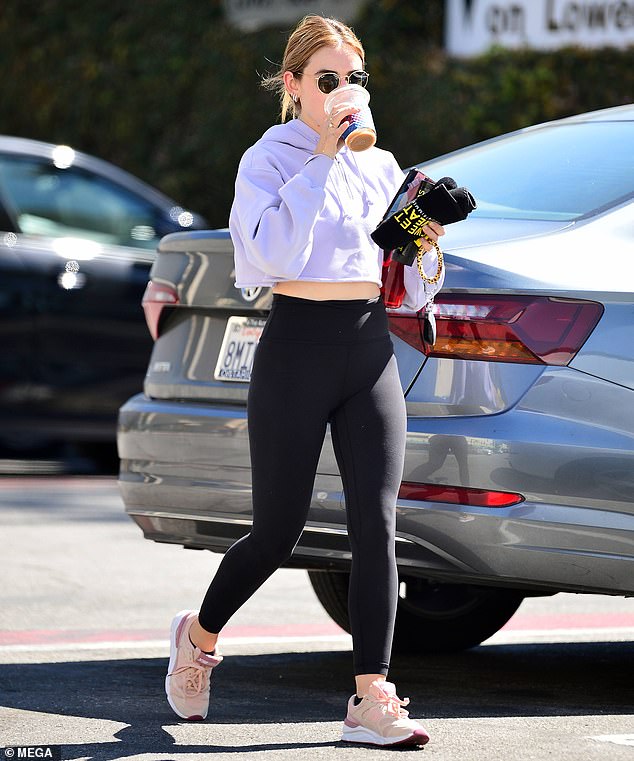 Taking it easy: The multitalented performer wore a cropped light purple hoodie and a pair of form-hugging black athletic leggings during her workout session

Hale’s trip to the Pilates studio comes just a few weeks after it was announced that she had signed on to a starring role in the upcoming mystery-thriller series Ragdoll.

Earlier this month, Variety reported that the actress would portray Lake Edmunds, a Metropolitan Police detective who becomes embroiled in a grisly case centered around an unknown killer.

When Edmund’s superior is marked for death by the murderer, the detective squad that she is involved with begins a race against time to catch the criminal and stop the killing spree. 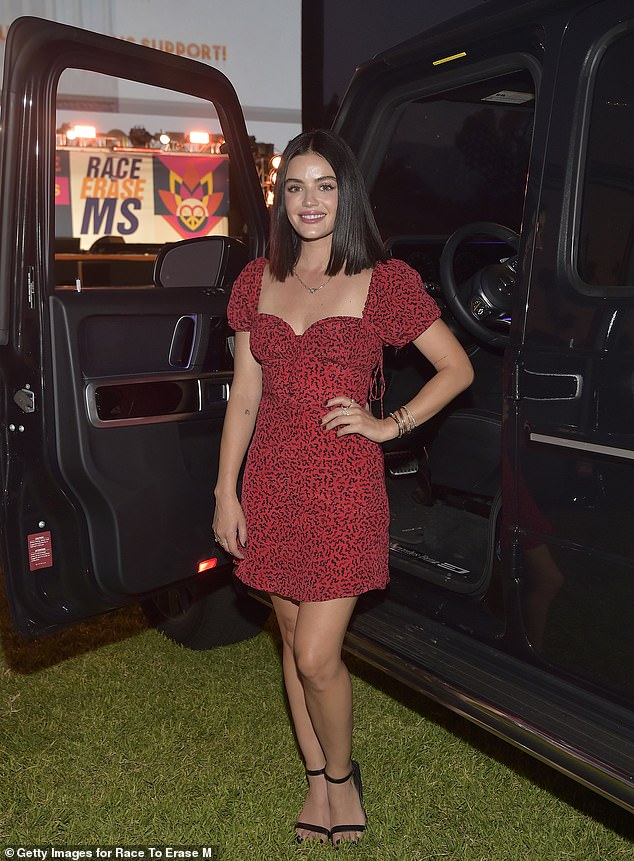 Big things coming: It was recently confirmed that Hale would be starring in the upcoming mystery-thriller series Ragdoll, which is based on the 2017 book of the same name; the actress is pictured in September of 2020

The upcoming show is based on the 2017 novel of the same name, which was written by Daniel Cole; principal photography on the series is set to begin this spring, and the media outlet reported that Ragdoll is tentatively set to be released later this year.

Prior to signing on to the upcoming show, Hale’s most recent leading television role was in the short-lived musical comedy series Katy Keene.

The show was based on the Archie Comics character of the same name and was spearheaded by Roberto Aguirre-Sacasa, who is known for his work on the Riverdale. 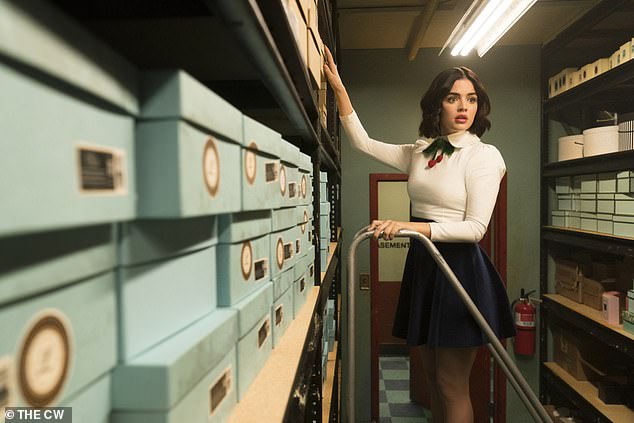 Prior role: The actress is known for her work on the musical comedy series Katy Keene, where she portrayed the titular character 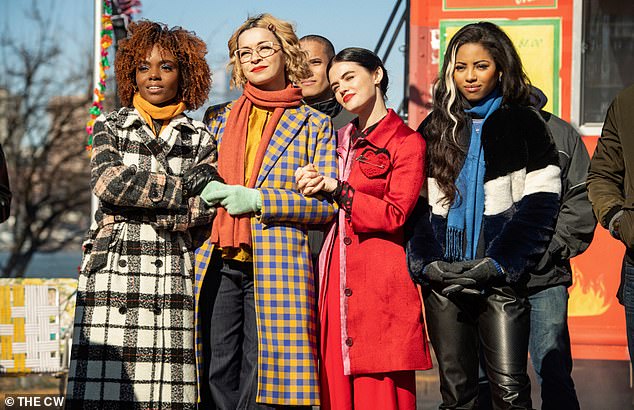 Short-lived show: Despite receiving positive reviews from critics, Katy Keene was cancelled after the end of its first and only season

Katy Keene was developed as a spinoff of the widely successful mystery drama series and chronologically took place five years after the end of the KJ Apa-starring show.

Other performers that appeared in the musical comedy series include Lucien Laviscount, Ashleigh Murray and Zane Holtz.

Although the Hale-led show received positive critical reception upon its release, it was cancelled by The CW after the end of its first and only season, which debuted in February of last year.

Rory & Mal On Strike From The Joe Budden Podcast!!