The celeb trio of Earvin ‘Magic’ Johnson, Danny Trejo and Arsenio Hall were seen at USC in Los Angeles on Wednesday getting their COVID-19 vaccination shots.

Los Angeles Mayor Eric Garcetti was present as the three celebs, all of them donning face masks, received their shots atop a parking garage near Exposition Park.

Magic, 61, donned a checkered blue jacked over a white top with black pants as he was vaccinated.

The latest: The celeb trio of Earvin ‘Magic’ Johnson, 61, Danny Trejo, 76, and Arsenio Hall, 65, were seen at USC in Los Angeles on Wednesday getting their COVID-19 vaccination shots

‘Today I got my first dose of the Pfizer COVID-19 vaccine. I’m so excited to have taken one of the final steps to protect myself and my family from COVID-19!’ he wrote on Twitter. ‘My good friend for roughly 40 years, actor, and comedian Arsenio Hall and actor, entrepreneur, activist, and my brother Danny Trejo with our vaccination cards!’

He shared a shot with the mayor, adding, ‘Thank you to Mayor Eric Garcetti for making sure there are vaccination stations all over the city and especially in African American and Latino communities!’

Trejo, 76, donned a beige shirt with khaki pants and a matching hat to the college campus.

He was vaccinated with the Moderna vaccine, CBSLA reported, and told the outlet people should do it with their loved ones in mind. 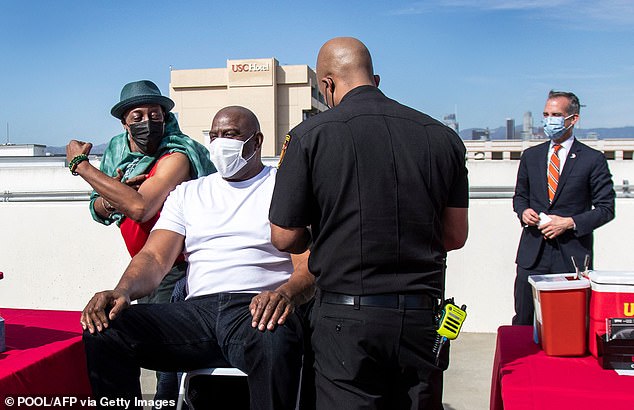 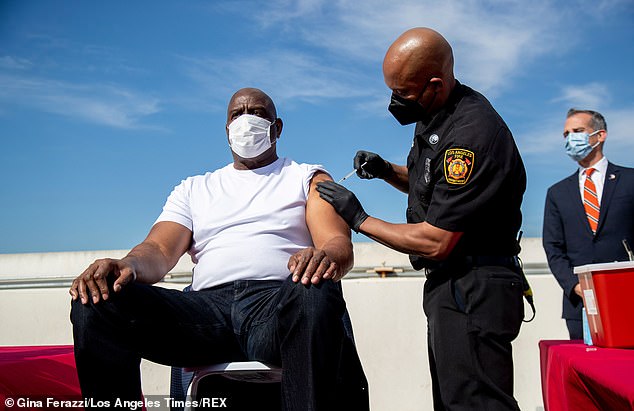 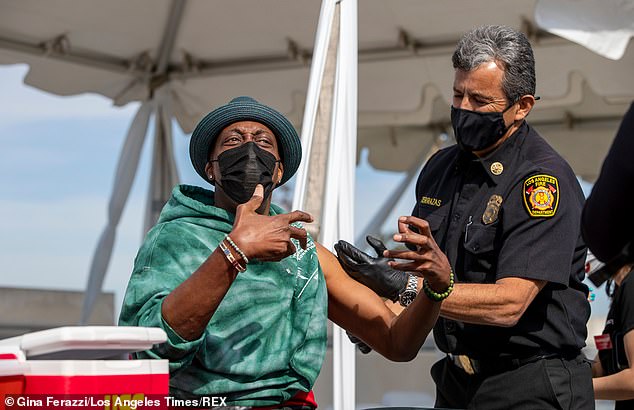 Light-hearted: Arsenio joked as she was being administered a shot

‘I’m so proud to take this shot, and I know there’s a lot, even in my neighborhood, there’s a lot of tough guys that are talking about “You don’t need no shot,” but you know what, maybe your family does,’ he said. ‘If you don’t take it for yourself, take if for your family, because I want to keep my kids safe.’

The Machete star tweeted a shot of the three in which he and Hall stood on a platform alongside the NBA legend.

‘I am finally as tall as Magic,’ Trejo joked. ‘It is great to be part of the Covid Dream Team along with @ArsenioHall and @MagicJohnson. We received our vaccines today.’ 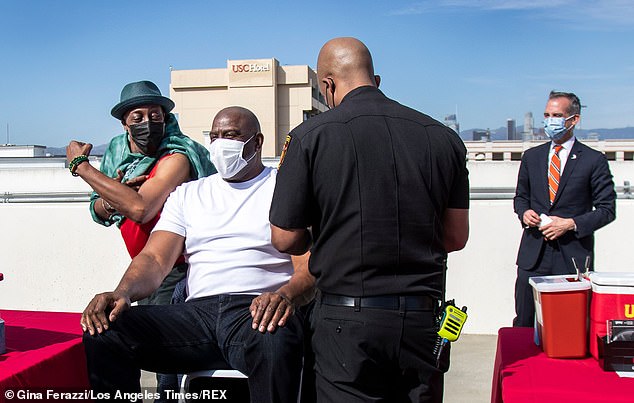 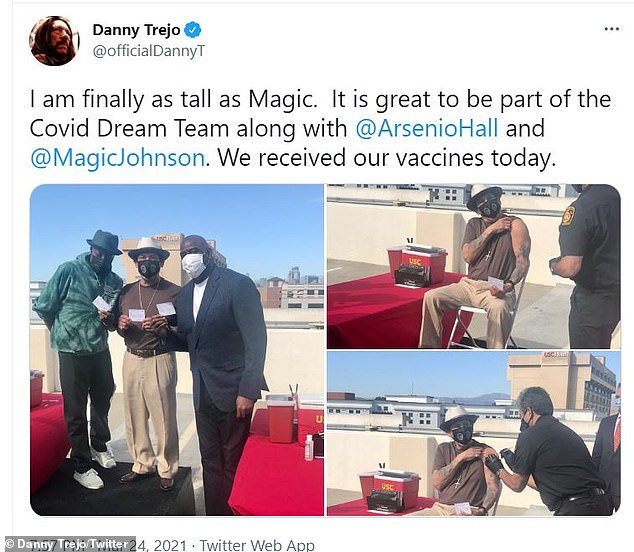 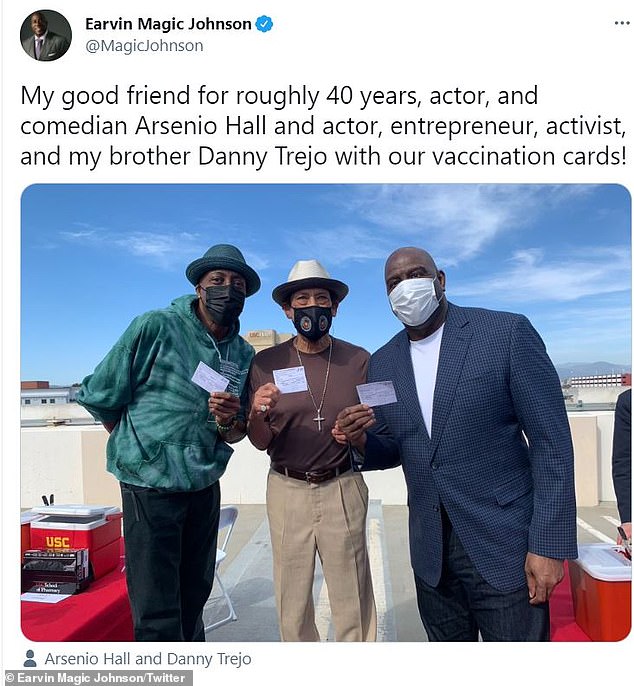 Hall, who recently appeared in the highly-awaited sequel Coming 2 America, donned a green top with matching hat and black pants.

‘By the way, Donald J. Trump and Barack Obama both got this, they don’t agree on nothing but they’ve both got the vaccine,’ the former late night host said at the event. ‘I trust our scientists a lot more than I trust my mother’s cooking. Thank you Earvin for inviting me to do it. We got to do this because we got to get back to normal and this is the only path to it.’

‘Most importantly, it’s right here in South L.A. … as you probably all know, recent data has shown that 4 percent of South L.A. residents have been vaccinated as of mid-February, and yet 18 or 16 percent of the COVID-19 patients were coming from this area,’ USC President Carol Folt told the station.

Officials said that the site will be able to vaccinate 5,000 people daily.