The Veronicas have announced their first national tour in six years and released their latest single, GODZILLA.

The song is inspired by ’90s grunge and screamo music, and signals an edgy new direction for the pop twins.

Stunning sisters: The Veronicas have launched their new single GODZILLA and they’re doing so in style. Leaving very little to the imagination, the stunning 36-year-old rockers posed in perilously high-cut PVC bodysuits for the racy photo shoot. Pictured: Lisa (left) and Jessica (right)

GODZILLA is The Veronicas’ first release since Biting My Tongue came out last July.

Fans are in for double the treat as the single will be followed by not one but two studio albums, GODZILLA and HUMAN.

Both LPs are available for pre-order now. 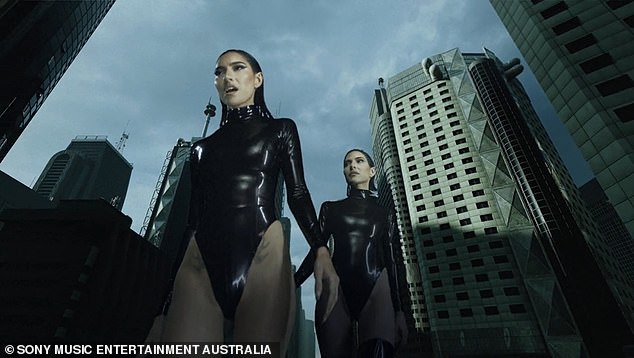 GODZILLA Theatrics: While there is no gigantic dinosaur in sight in the teaser for their latest track, the sister act appear to march around a city with high-rise buildings. To add to the cinematic effects, they also appear to be sporting blue contact lenses in the video

GODZILLA is set to be released May 28, while HUMAN comes out on July 2.

Meanwhile, The Veronicas have also announced their first tour in over six years. 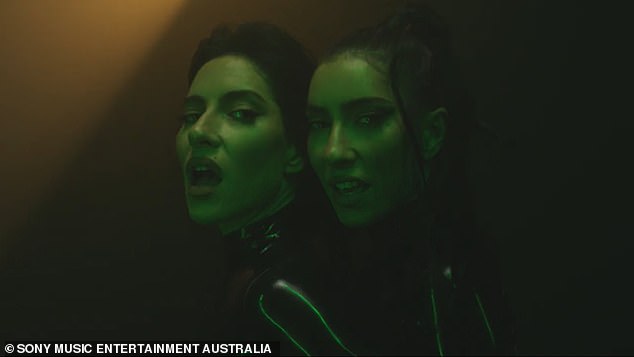 Double the treat: And fans are in for double the treat, as The Veronicas have also announced two brand new albums, GODZILLA and HUMAN – both are available for pre-order now

The pocket rocket performers will play in Brisbane on June 4, before heading to Darwin, Perth, Newcastle, Sydney, Hobart and Canberra. 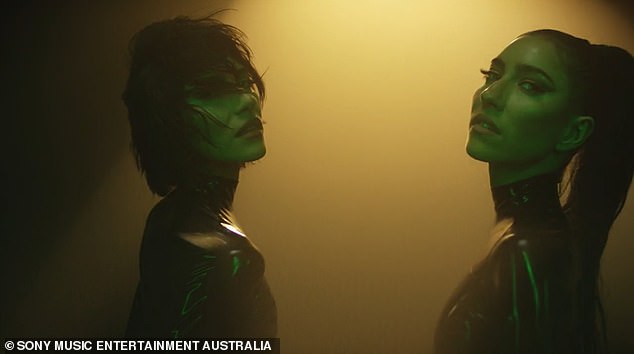 Back on tour: The pocket rocket performers will start the leg of their tour in Brisbane on June 4, before heading to Darwin, Perth, Newcastle, Sydney, Hobart and ending in Canberra on June 27