EastEnders SPOILER: Kim Fox attempts to launch her dating business The Fox Catcher as she asks Iqra and Mila to feature as a success story

By Clare Mccarthy For Mailonline

EastEnders’ Kim Fox will attempt to get her dating business The Fox Catcher off the ground in episodes scheduled to air next week.

The businesswoman – played by Tameka Empson – has her sights set on launching her new matchmaking service after setting Isaac Baptiste and Lola Pearce up on a date.

In pictures released from next week’s EastEnders, Kim is seen with Mila Marwa and Iqra Ahmed as she plans to get coverage in the local paper, the Walford Gazette.

Success story: EastEnders’ Kim Fox will attempt to get coverage for her dating business The Fox Catcher as she asks Mila Marwa (left) and Iqra Ahmed (right) to feature in the local paper

Kim asks the pair to feature as a success story for The Fox Catcher but Mila gets ‘cold feet’ and leaves, leaving Kim and Iqra concerned.

Kim’s latest venture has cemented herself as the matchmaker of Albert Square as she’s determined to help people find love.

So far, she has matched together Isaac Baptiste and Lola Pearce as well as Mila Marwa and Iqra Ahmed.

Kim is also on a mission to find Kat Slater a new man, after learning of her fling with Phil Mitchell. 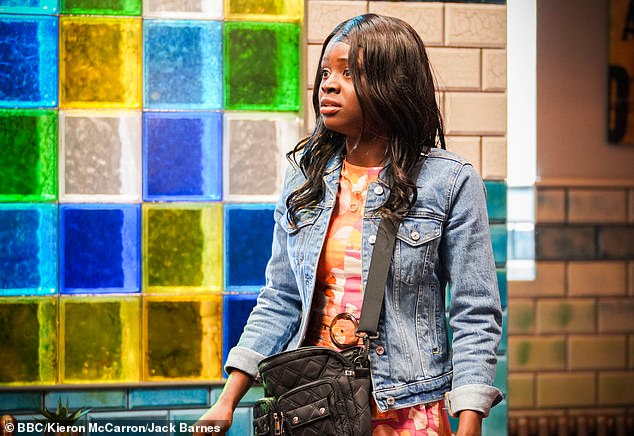 Cold feet: Kim asks the pair to feature as a success story for the matchmaking venture but Mila, pictured, soon gets ‘cold feet’ and leaves, leaving both Kim and Iqra concerned

Releasing the photos from next week’s episodes, the BBC said: ‘Kim decides to take The Fox Catcher to new heights by getting some coverage in the Walford Gazette but Mila gets cold feet leaving them all concerned/confused…’

EastEnders’ Kim Fox returned to Albert Square in November 2020 after she returned from Scotland where she was exploring her heritage.

Kim opted to leave Albert Square in July 2019 after being fired from her sister Denise’s salon Fox & Hair, and struggling to overcome the disappearance of her husband Vincent Hubbard.

In real life, Tameka took a break from EastEnders to begin her maternity leave, and in July 2020 she revealed she’d given birth to her second child, a baby boy. 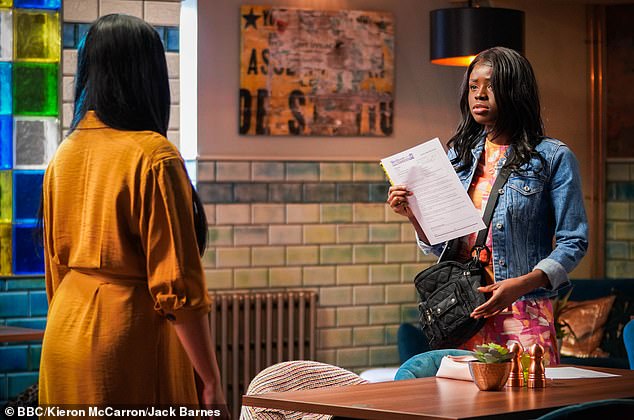 WASTED ON YOU Lyrics – MORGAN WALLEN

IF EVER A LOVE THERE WAS Lyrics – ARETHA FRANKLIN