And while paying tribute to her man on Instagram, the 28-year-old Booksmart actress happened to include some rare images of their newborn son Kingston, whom they welcomed this past September.

‘IT’S MY FAVORITE HOLIDAY O THE YEAR – @avstenrydell’s BIRTHDAY!!!’ Billie gushed in the caption of the ten photos, which began with one of the new mother and father cradling their newborn.

Sweet: Billie Lourde paid tribute to fiancé Austen Rydell on his 29th birthday with a series of photos of the couple and son on  Instagram on Saturday, April 3

‘He’s the best best friend / the best dad / best person to wake up to (even when we’ve only slept 1 ish hours) / best adventure partner / best human in general,’ Lourd, 28, continued in her social media love letter.

In the first photo, Rydell has his arms wrapped around his ladylove as she cradled their son with one of the family dogs resting in the background. 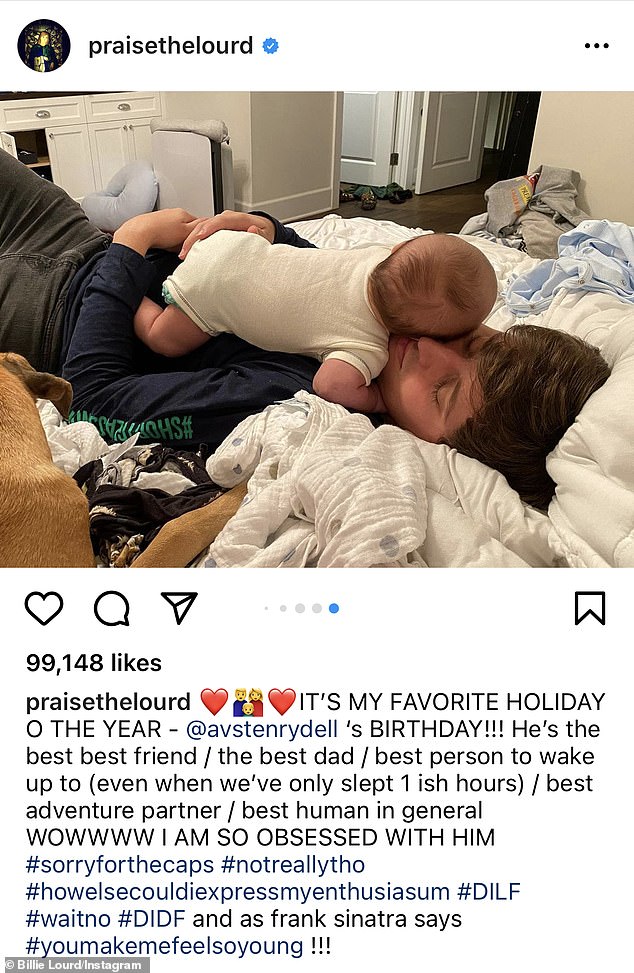 Touching: The Booksmart actress began by professing Rydell’s birthday as her ‘favorite holiday of the year’ in the caption of the post, which included a snap of the new dad with his boy 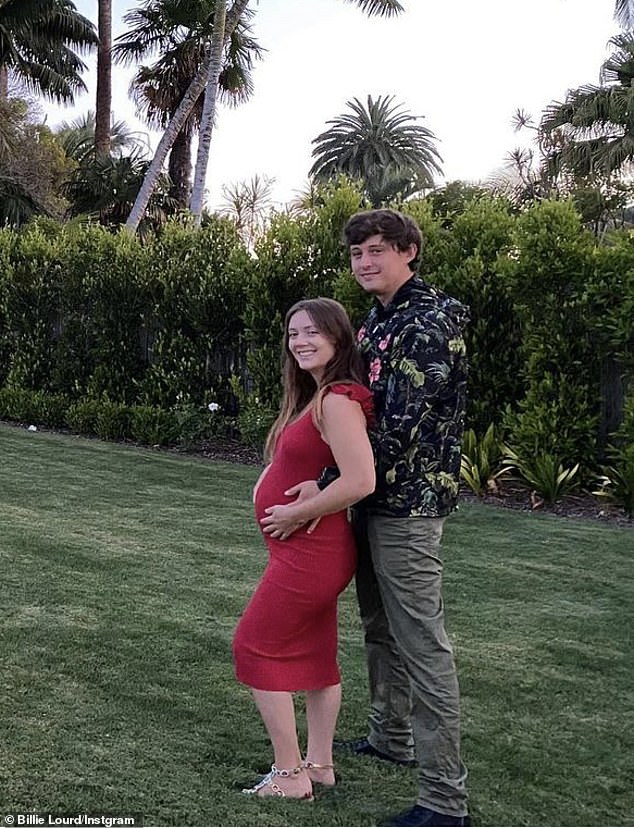 Growing family: The couple were also seen striking a pose before they welcomed Kingston 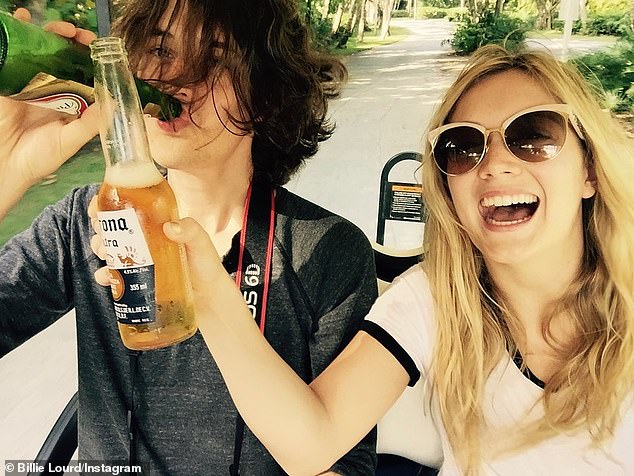 Fun in the sun: There are several images of the couple enjoying quality time together

There’s also an image showing the new dad laying down with a look on contentment on his face as Kingston sleeps on his chest and stomach.

Lourd, who’s the daughter of late Star Wars actress Carrie Fisher, also shared several shots of the couple enjoying some quality time together, including one while she was still pregnant with Kingston.

In a surprise to fans, the couple announced Kington’s birth in September 2020 after keeping Billie’s pregnancy a total secret.

‘Introducing: Kingston Fisher Lourd Rydell,’ the new mother wrote in the caption of a photo showing their little boy’s feet on Instagram. 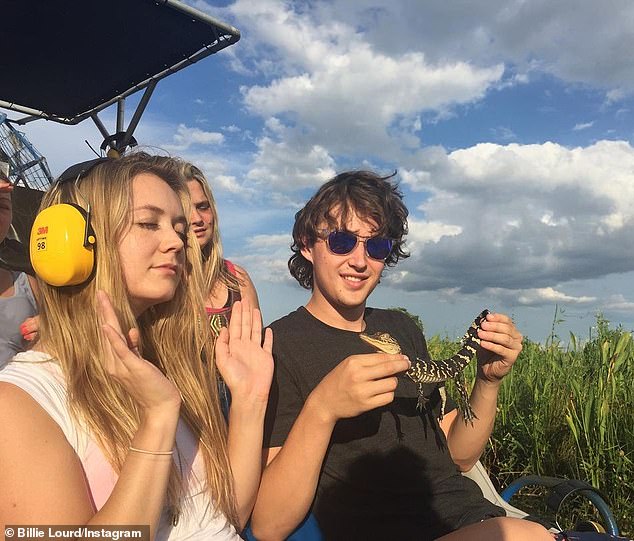 Going strong: The pair have reportedly been dating since 2017 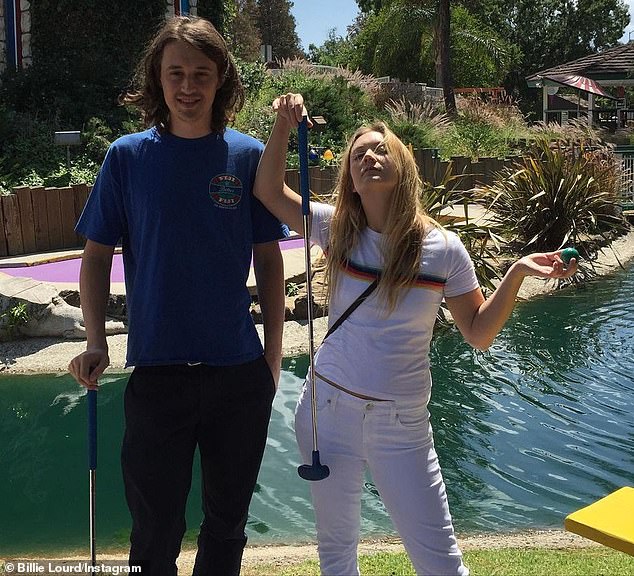 Legacy: Lourd is the only daughter of late Star Wars actress Carrie Fisher, also know as Princess Leia in the sci-fi film franchise 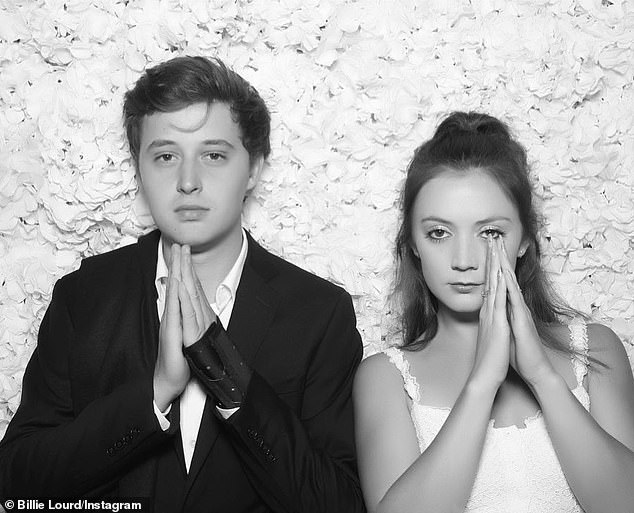 Memorable moments: Lourd and Rydell welcomed their son about three months after getting engaged in June 2020

Lourd has appeared as Lieutenant Connix in three films in the Star Wars sequel trilogy: The Force Awakens (2015), The Last Jedi (2017) and Star Wars: The Rise of Skywalker (2019).

Her late mother, Carrie Fisher, played Princess Leia in the Star Wars anthology, which included reprising her role in the new films in the franchise.

Fisher died In December 2016, at the age of 60, four days after she had a heart attack on a flight from London to Los Angeles.

Lourd and Rydell have reportedly been dating since 2017. 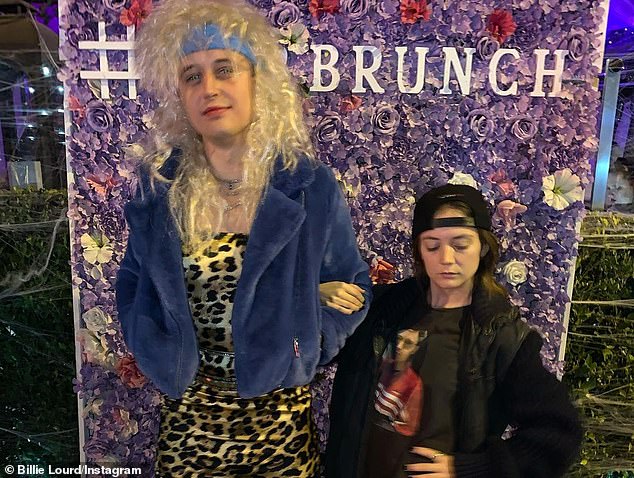 Playful: The couple also played a little dress up in another snap Lourd shared on Instagram 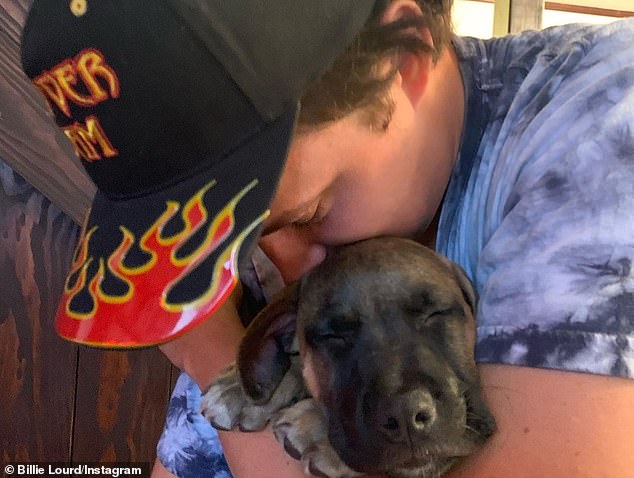 Spreading the love: Rydell gave the family’s pet pooch a big hug in another photo 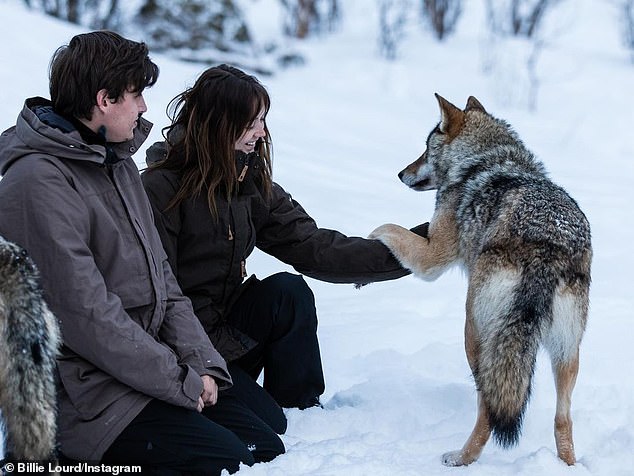 Making his mark: Rydell is an actor and president of entertainment at Morning Moon Productions, which he founded alongside Kyle Owens in 2018