For 30 years film and TV audiences have known her as Thandie Newton. But not for much longer.

The British actress is reverting to her real name – Thandiwe – three decades after it was misspelt in her first film.

The star, 48, whose full name is Melanie Thandiwe Newton, appears on the cover of the May issue of British Vogue with her name spelt correctly in a major publication for the first time.

All change:  Thandiwe Newton is reverting to her real name three decades after it was misspelt as Thandie in her first film

She has revealed that Thandie was a careless misspelling in the credits of her first movie – the 1991 Australian film Flirting, co-starring Nicole Kidman and Noah Taylor – and it has stuck ever since.

In the film, she actually plays a character called Thandiwe and while her character’s name is spelled correctly in the end credits, hers is not.

It is unclear whether this was coincidental or a deliberate decision, but in all her future projects she will be credited as Thandiwe Newton.

‘That’s my name. It’s always been my name. I’m taking back what’s mine,’ she told the magazine. 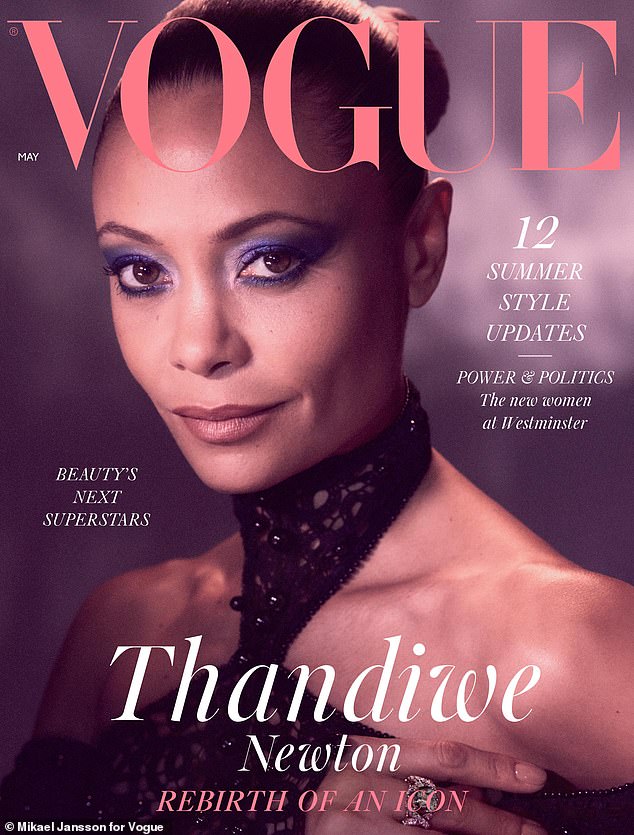 Rebirth: The British star, 48, has also declared she is ‘taking back’ her name, after a misspelling in her first acting credit forced her to go by the wrong moniker for her entire career 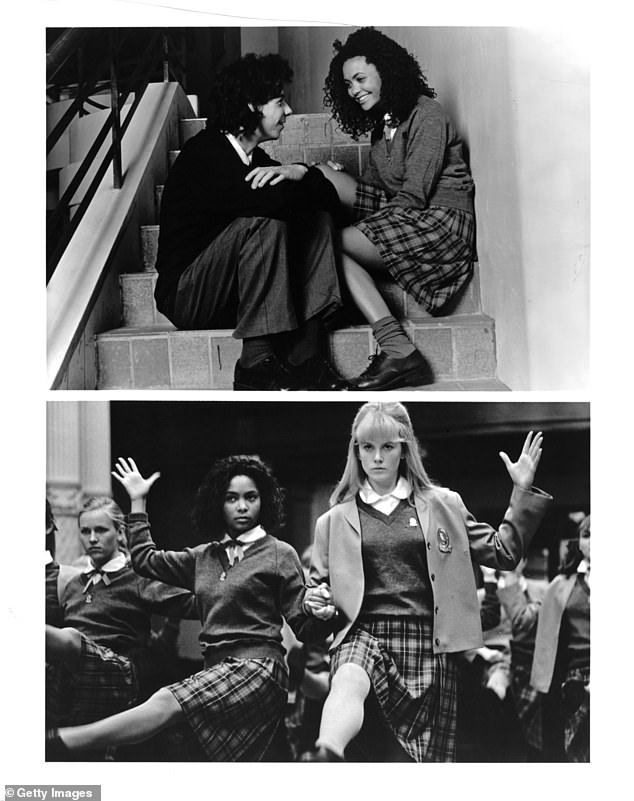 Old times: Thandie was a careless misspelling in the credits of her first movie – the 1991 Australian film Flirting, co-starring Nicole Kidman and Noah Taylor – and it has stuck ever since

The name is pronounced ‘tan-DEE-way’ and means ‘beloved’. It’s not known why the actress, who is known for being outspoken, has waited this long to officially use her real name.

Thandiwe also spoke candidly about the abuse she received as a young actress in Hollywood in the latest issue of Vogue.

Referring to her past abuse, she said: ‘There’s a moment where the ghost of me changed, you know. And it was then, [I] was 16.’ 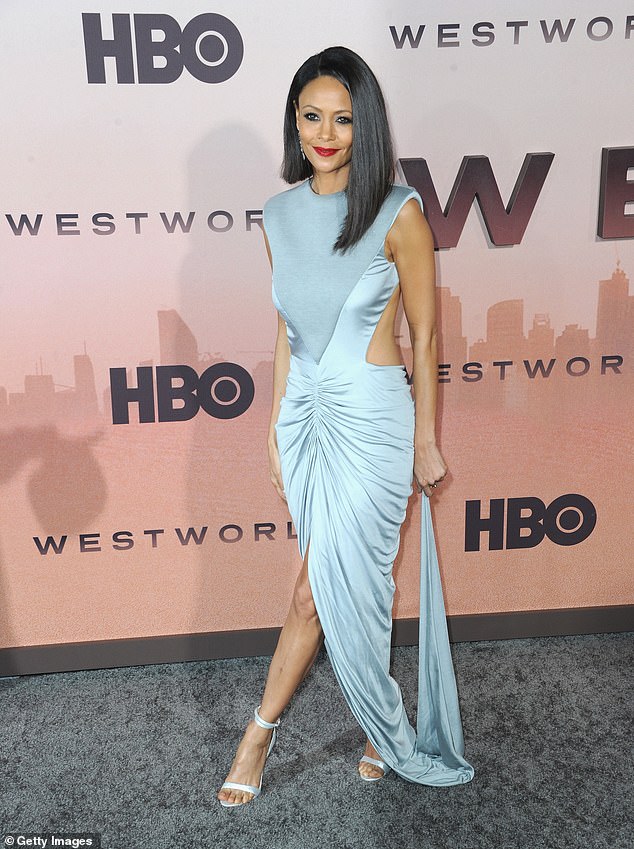 Opening up:  Thandiwe also spoke candidly about the abuse she received as a young actress in Hollywood in the latest issue of Vogue

Of her abuser, she goes on: ‘He derailed me from myself utterly. I was traumatised. It was a kind of PTSD for sure.

‘I was so distraught and appalled that a director had abused a young actress, and that it was happening elsewhere, minors getting abused and how f**ked up it was.

‘I was basically waiting for someone to come along and say, “Well, what shall we do about this?”

‘I have a seventh sense for abuse and abusers which I believe is one of the reasons why I was rejected a lot in Hollywood. I’ll talk about it until the cows come home, because I know I’ll be helping someone.’ 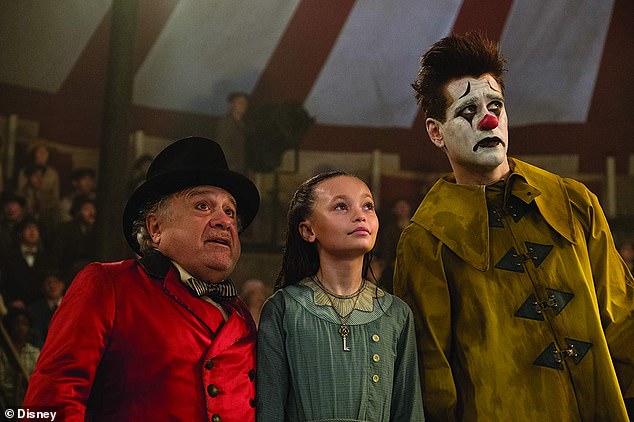 The apple doesn’t fall: The star’s youngest daughter, Nico, is already four years into her own acting career, with lead parts in The Third Day and Dumbo [pictured with Danny DeVito and Colin Farrell in the latter]

The Line Of Duty star said of her acting career: ‘I find that acting takes more and more away from me because I’m more connected to myself than I’ve ever been, whereas before I was delighted to get an excuse to go off to another personality.

‘I couldn’t wait to get away from myself, truly, I had such low self-esteem. Acting was where I felt whole.

The star’s youngest daughter, Nico, is already four years into her own acting career, with lead parts in Dumbo and The Third Day. 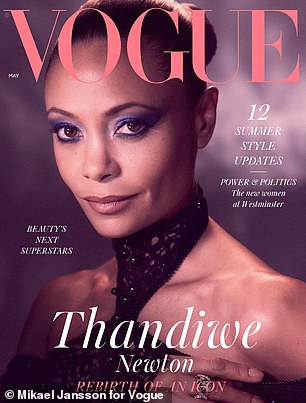 Coming soon: The full feature is in the May issue of British Vogue from Friday 9th April

Of the 16-year-old’s burgeoning career, the mother-of-three said: ‘I went to every photoshoot with her. If there was an issue with the photographer, if there was any appropriate language I was on it, I didn’t give a f**k what anyone thought.

‘When it was time for her to get an agent, I spent a month auditioning for one, even though I knew half of them.’

Newton is one of the stars of dystopian TV series Westworld, playing madam of Sweetwater Maeve Millay.

‘I can tell when people haven’t watched Westworld because they just think I’m being naked and sexy in it,’ she says. ‘But I love how subversive it is.

London-born Thandiwe is the daughter of Nyasha, a Zimbabwean healthcare worker, and Nick, a British lab technician.

She is married to film director Ol Parker, 51, and they have three children. Their daughter Nico, 16, is already starting out as an actress and appeared in 2019 Disney live-action film Dumbo.

See the full feature in the May issue of British Vogue available via digital download and on newsstands Friday 9th April.

BECAUSE YOU LOVE ME Lyrics – KAZ HAWKINS