She recently returned home to Rome after spending several weeks filming her upcoming movie Across The River And Into The Trees in Venice.

And Matilda De Angelis showed she was thrilled to be back in the arms of her fiancé William Mezzanotte on Monday, when the pair were seen enjoying a trip to the park.

The Undoing actress, 25, was spotted locking lips with her rapper beau, 26, as they relaxed on a park bench while doting on their adorable pet pooch.

Sealed with a kiss: Matilda De Angelis and her fiancé William Mezzanotte were seen enjoying a kiss in a park in Rome on Monday

Matilda looked casually cool for the outing, sporting a black jacket, which she teamed with cropped jeans and white running shoes.

Meanwhile, her musician beau donned a black quilted coat and distressed designer jeans, rounding out his look with a pair of box fresh white running shoes.

The lovebirds only had eyes for each other as they entered the park with their four-legged friend on a leash, before setting the pooch free to roam. 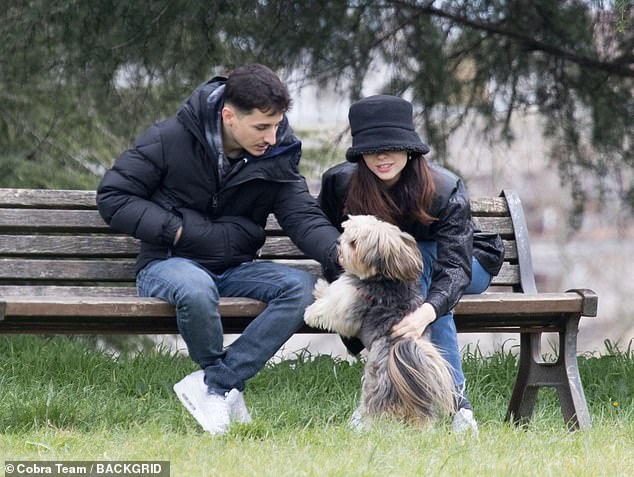 Adorable pooch: The lovebirds were joined on their leisurely stroll by their adorable pet pooch 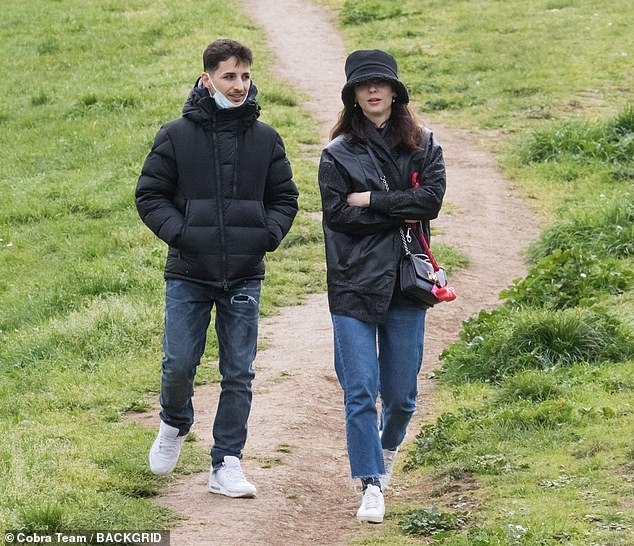 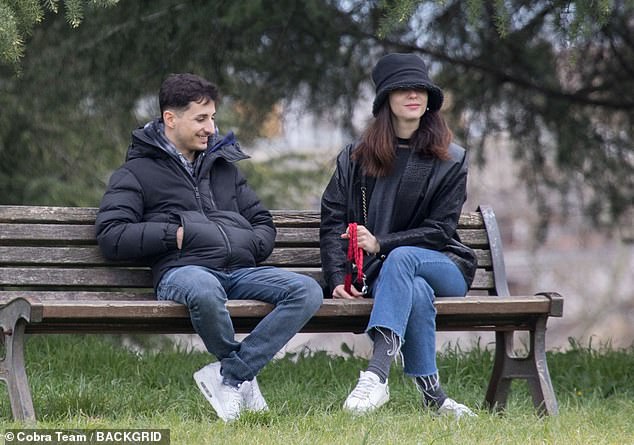 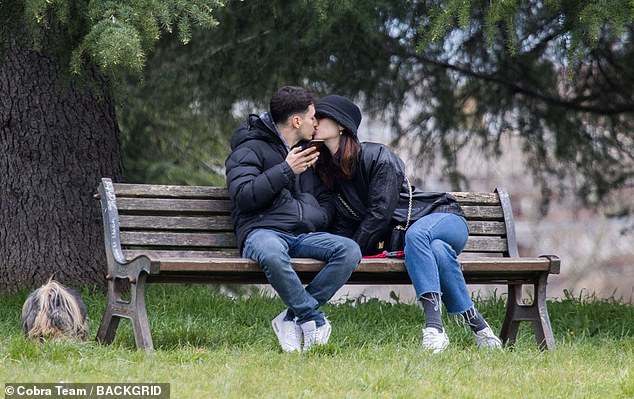 Matilda has previously remained coy over her love life and William is absent from her social media feed, but Italian site Tuttosul Gossip reported the couple are engaged.

On his own social media page, musician William, known professional as Nayt, includes photos with his friends but also does not feature Matilda.

Mezzonotte is an Italian hip hop rapper and he debuted in 2011 with the single No Story and his first album titled Nayt One was released in May 2012. 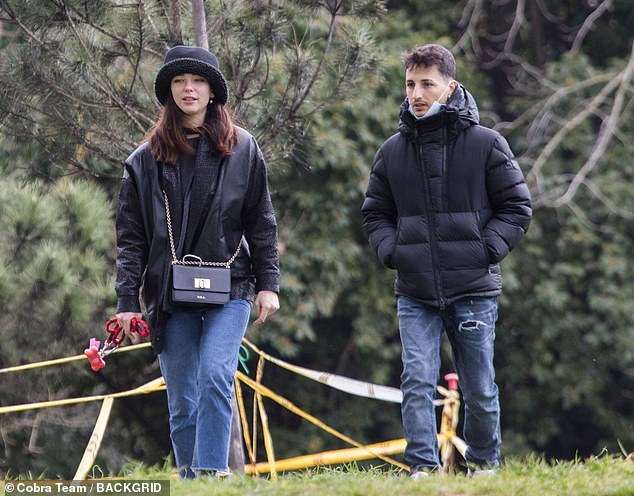 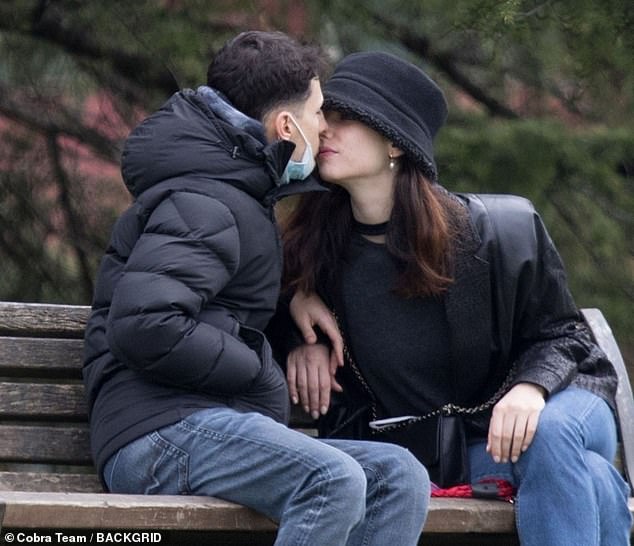 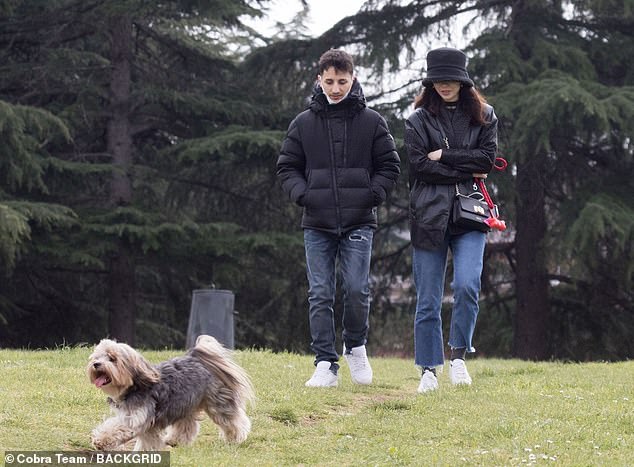 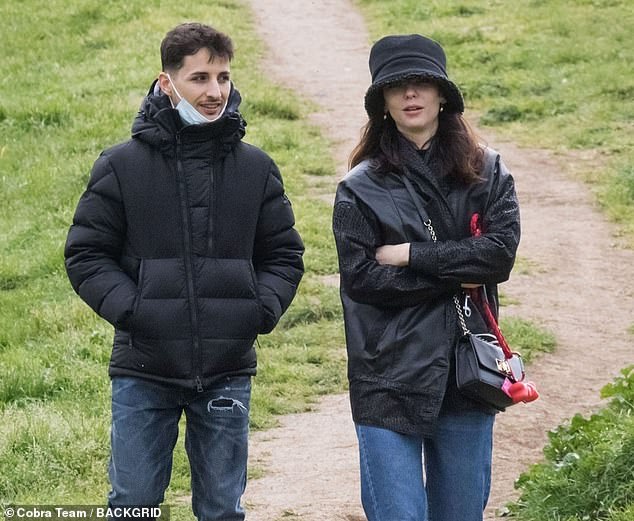 Little has been revealed about Matilda’s upcoming film, but it is likely to focus on the ruthless Italian dictator of the same name, who ruled over the country from 1922 to 1943.

Forming the Fascist party in 1919, the journalist used his organised of ex-war veterans to – known as Black Shirts – to terrorise his political opponents, and after joining the coalition government in 1921, gradually took power as dictator.

Eventually Mussolini was overthrown by Allied troops at the height of the Second World War, and after fleeing north, was captured by Partisans and shot in 1945.

Despite being buried in an unmarked grave in 1946, Mussolini’s body was famously stolen by Fascists supporters before being recovered, missing a leg, four months later. 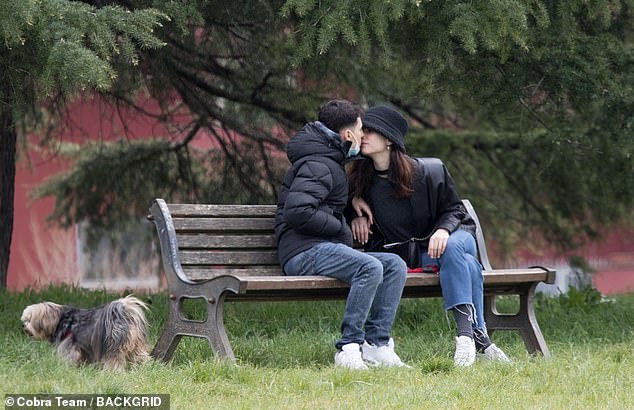 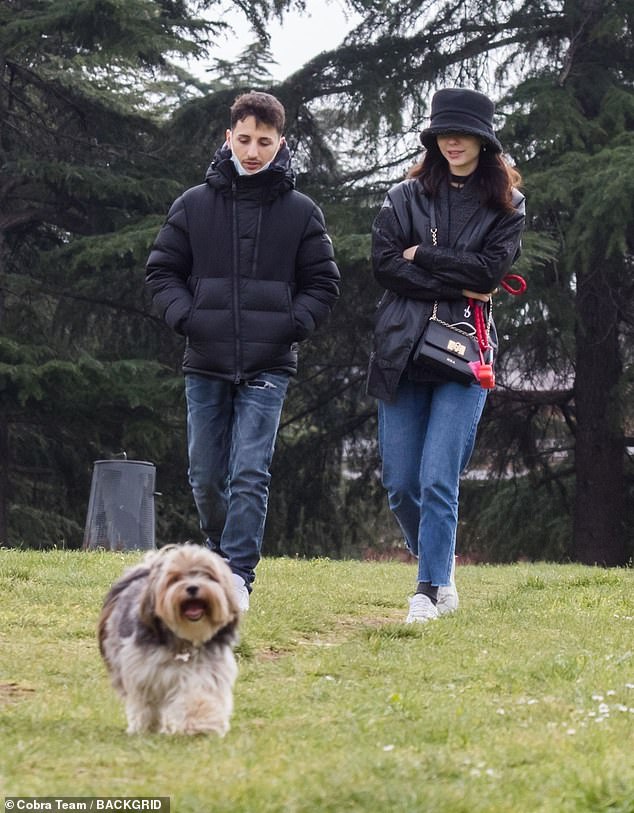 It’s been an exciting few months for the thespian after she soared to fame at the end of last year due to her role as Elena in The Undoing alongside Hollywood stars Nicole Kidman and Hugh Grant.

More recently, the brunette was filming Across The River And Into The Trees alongside Liev Schreiber in Venice.

In the film, Matilda plays an 18-year-old Italian contessa called Renata, while Liev’s character Colonel Richard Cantwell falls in love with her.

Set in post WW2 Venice, US Army Col. Cantwell, haunted by the war, is a hero who faces news of his illness with stoic disregard. 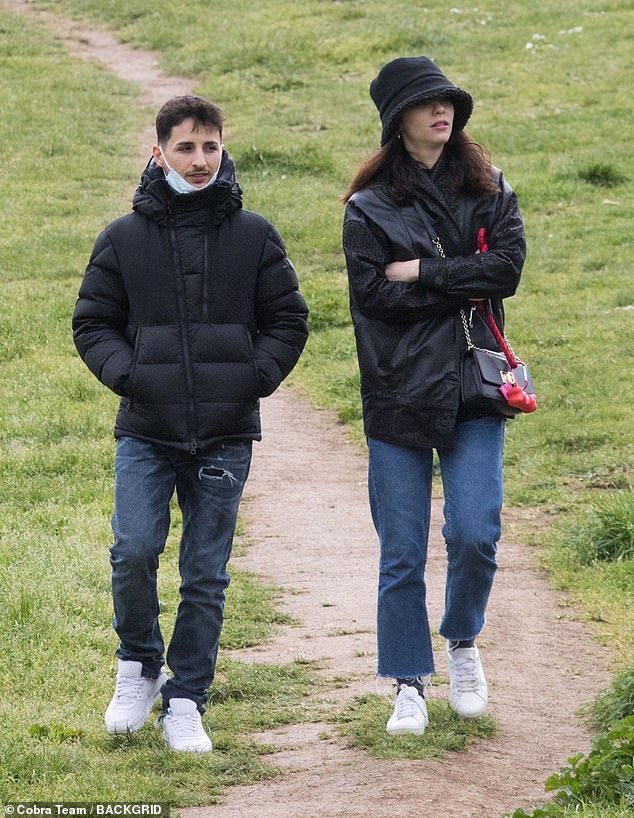 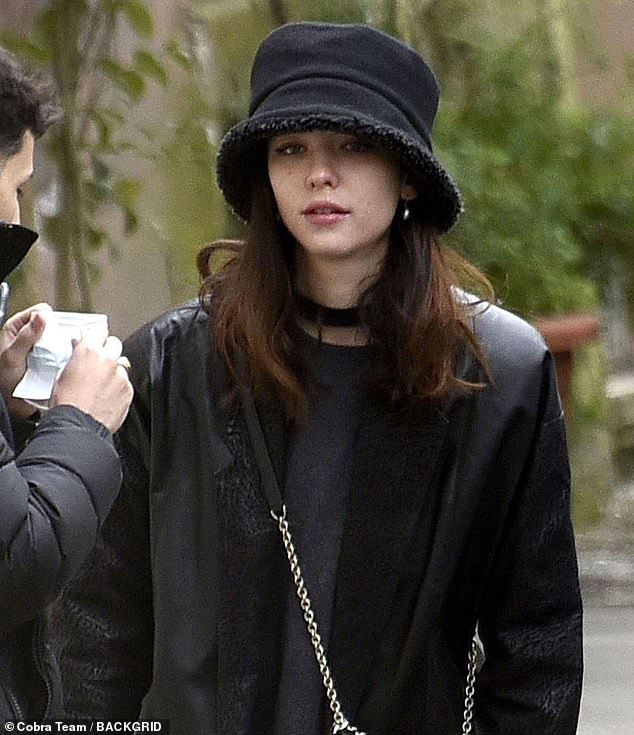 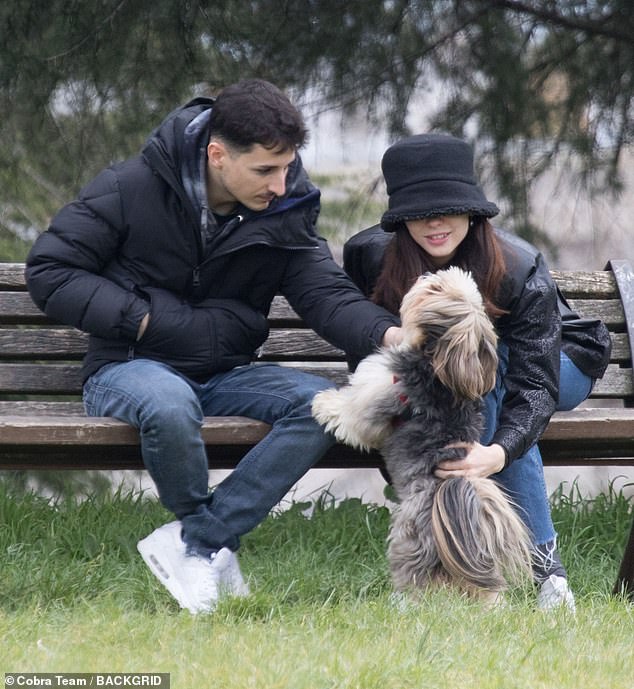 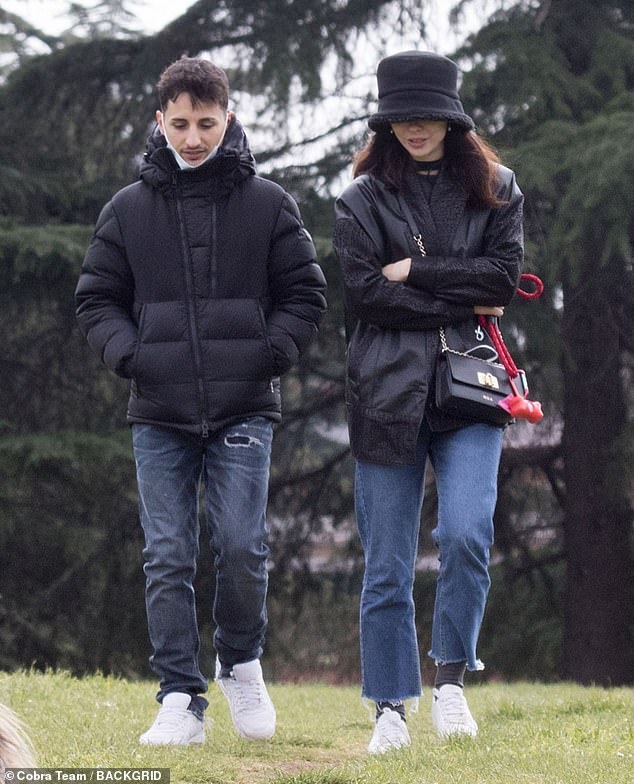 Determined to spend a weekend in quiet solitude, he commandeers a military driver to facilitate a visit to some of his old haunts in Venice.

As Cantwell’s plans begin to unravel, a chance encounter with a remarkable young woman begins to rekindle in him the hope of renewal.

Based on the last full-length novel by Ernest Hemingway, the movie captures a fleeting moment of immortality where time stands still.

Matilda has previously revealed that her first ever role was the lead in an Italian film after an open casting call and she got the part as the director was looking for a ‘non-professional actress who had a specific accent from a specific region in Italy’.

The star said that she has never studied acting and has instead learnt on the job, which can be both ‘great’ and ‘frightening’. 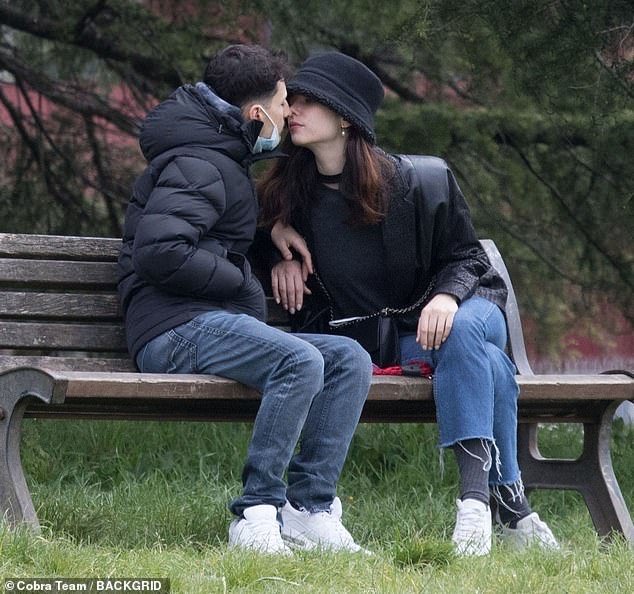 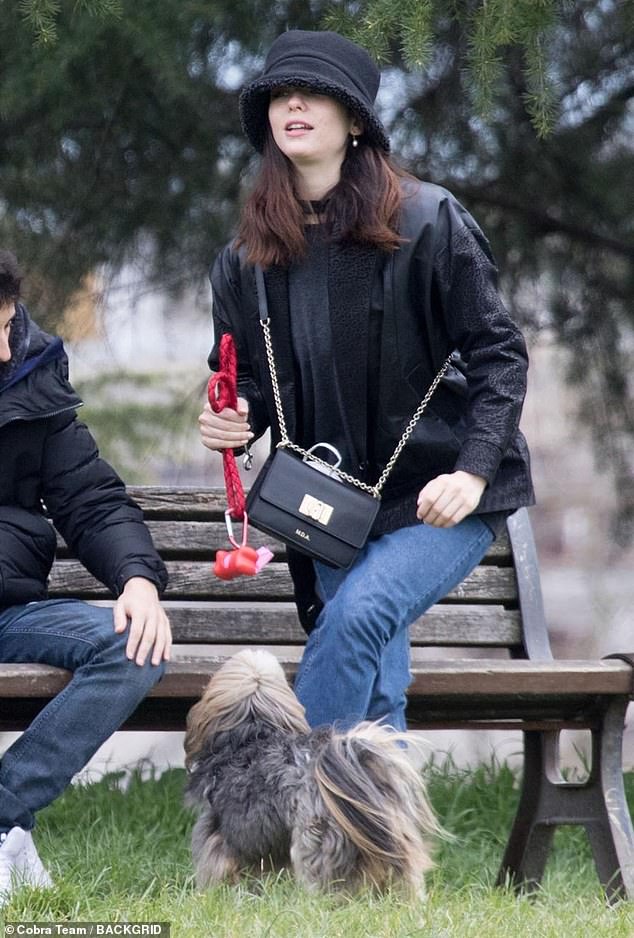 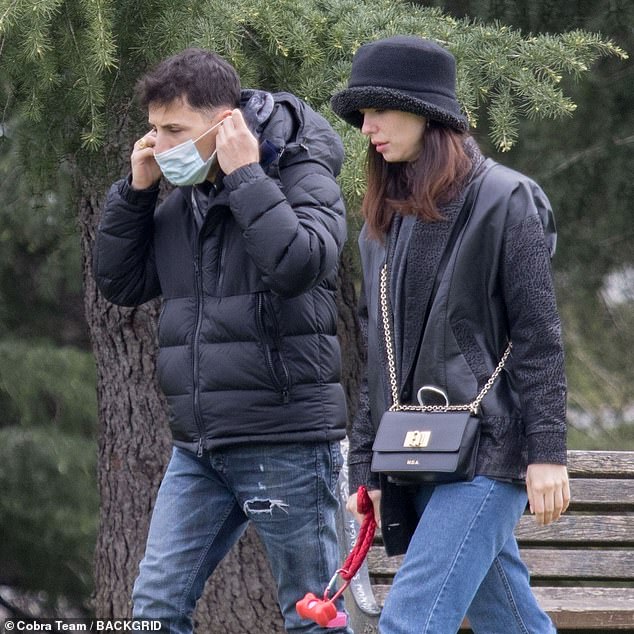 Chadwick Boseman’s Estate Worth ‘ONLY’ $3.5 MILLION!!