Selma Blair jokingly called out Justin Long on Instagram for refusing to go on a date with her.

According to Blair, her business managers tried to set her up with the Jeepers Creepers actor many years ago, and he balked at the opportunity.

She made the revelation after Long recreated her breakout role in the coming-of-age drama film Cruel Intentions (1999) for the latest entry in actress Sarah Ramos‘ Quarantscenes series. 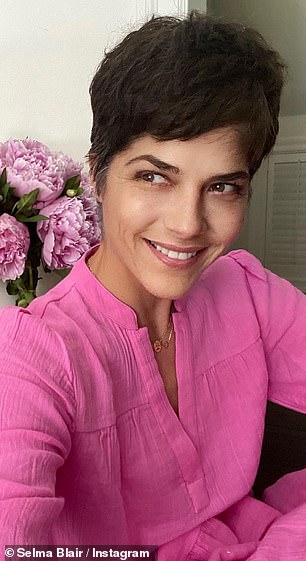 Failed set-up: Selma Blair, 48, jokingly called out Justin Long, 42, on Instagram for refusing to go on a date with her

This all started when Long shared the funny video on his Instagram page, along with the back story to how it came to fruition.

‘Cruel Intentions w @saraheramos. Sarah started doing these brilliant homage videos at the start of the quarantine that I really fell in love with,’ he began in the caption.

‘Long before I became a big @saraheramos fan, I was a fan of “Cruel Intentions” and @selmablair – so getting to play Selma IN Cruel Intentions WITH Sarah was the most fun way to pay tribute to these funny + talented ladies. It also gave me a newfound appreciation for just HOW great Selma is in that movie (and how monstrous I look in comparison to her pretty face).’

He added, ‘Thanks for the ultimate fan experience, Sarah! And check out her other videos on her IG page. And check out Selma’s for updates on her inspiring medical journey.’ 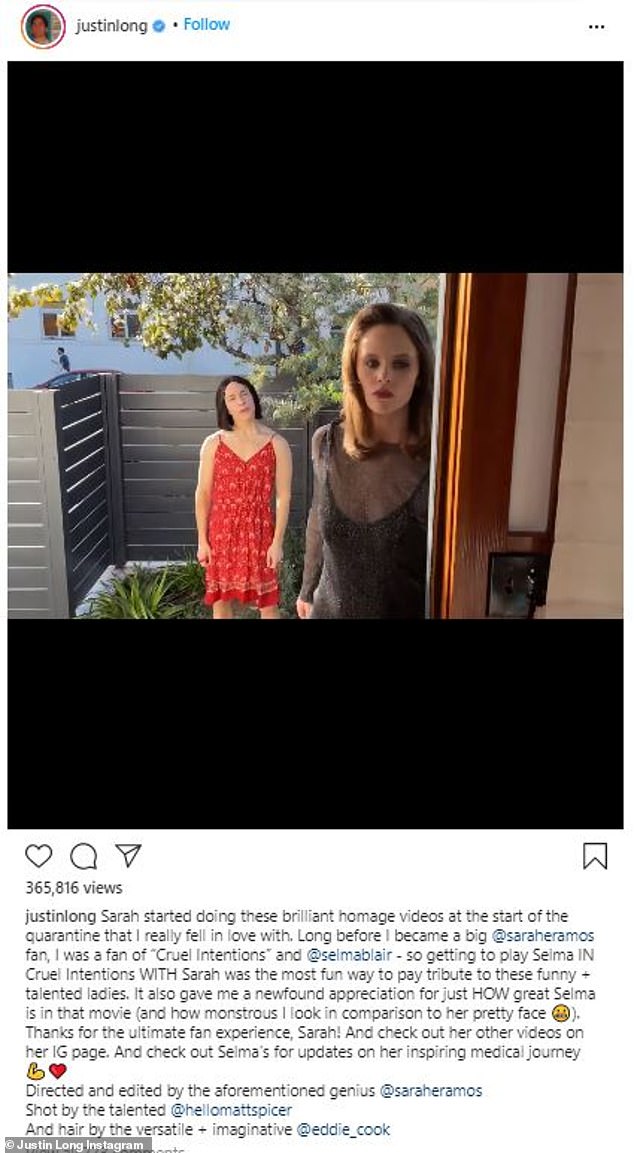 Blair couldn’t resist leaving a comment on Long’s post where she reveals the date that wouldn’t be; and then Long responded by confessing he thought

Blair couldn’t resist leaving a comment on Long’s post where she revealed the date that wouldn’t be.

‘I am laughing and I love you and I see why you never would date me despite my business managers set up attempts years ago. This makes up for it. Thank you dear Justin. Great work,’ Blair wrote in the comments section along with three red lips emojis.

Long responded to the comment and said, ‘Haha I just thought Al (business manager) was being a Yenta (a woman who is a gossip or busybody)!  We can hash it out on the podcast.’

He then added a wink face emoji after the comment. 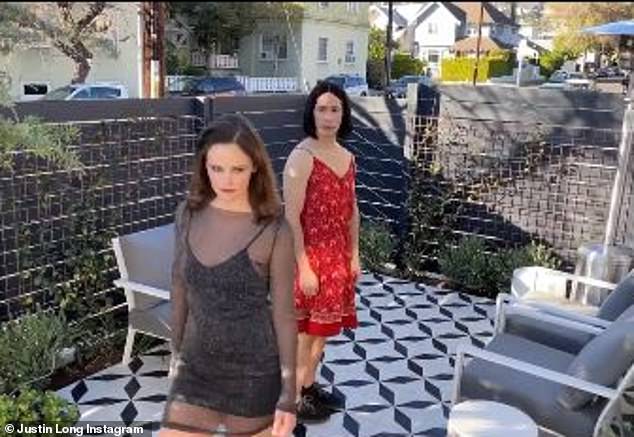 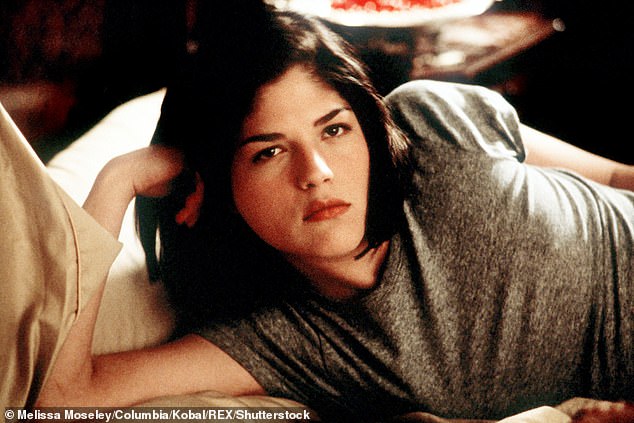 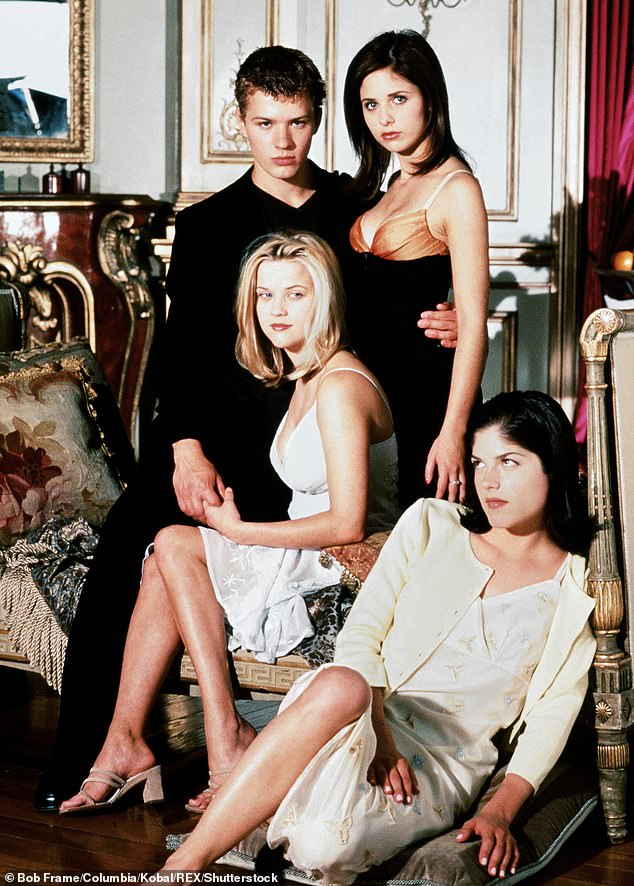 Enduring: Blair starred with Sarah Michelle Gellar, Reese Witherspoon and Ryan Phillippe in Cruel Intention (1999), which has since garnered a cult following

Blair played Cecile Caldwell in Cruel Intentions, which was a surprise hit at the box office and has since gone on to garner a cult following.

The ‘medical journey’ Long mentioned in the caption was a reference to Blair’s multiple sclerosis diagnosis in October 2018.

Since then she has been very open about her tough recovery from chemotherapy treatments through intense physical therapy the following year. 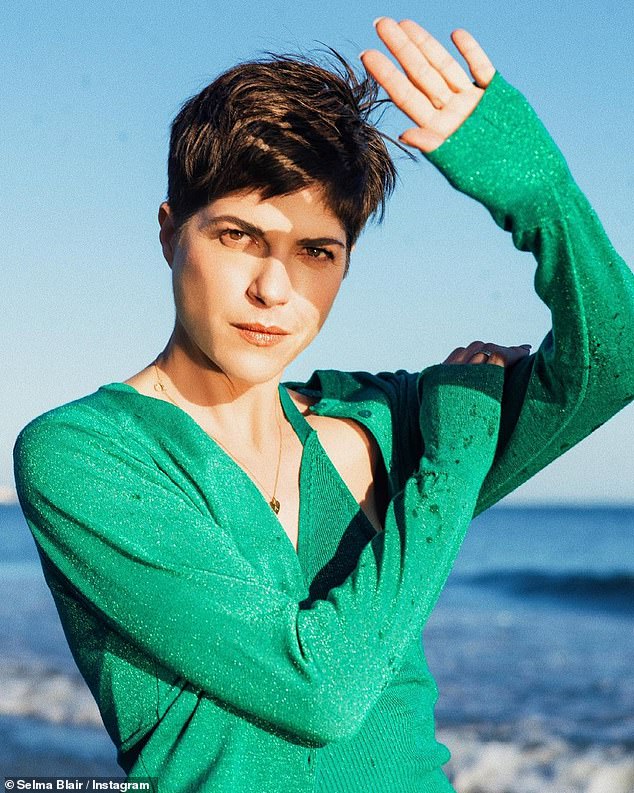 Courageous: The ‘medical journey’ Long mentioned in the caption was a reference to Blair’s multiple sclerosis diagnosis in October 2018, which she has shared about on social media