By Rianne Addo For Mailonline

Kate Garraway revealed her husband still can’t speak in an interview about his return home following a year in hospital as he suffered from coronavirus complications.

The presenter, 53, praised her ‘heroic’ children Darcey, 15, and Billy, 11, for knowing ‘how to communicate’ with their father throughout his recovery.

Good Morning Britain star Kate told Zoe Ball on BBC Radio 2 on Wednesday: ‘He isn’t really able to speak at the moment so he can’t tell him off, I have to be the bad guy! They are besides themselves to have him home. They are my heroes.’

‘He isn’t really able to speak’: Kate Garraway revealed her husband still can’t speak in an interview about his return home following a year in hospital as he suffered from Covid

The broadcaster added: ‘They know instinctively how to talk to him but not ask too much from him. In a way that grownups want to see the old Derek, they have an instinct, there is a lot of love there.’

The host shared: ‘It feels like yesterday, I am still in a whirlwind. He’s doing amazingly. The moment he came through the door was euphoric and since then we have been adjusting to Derek’s new normal and the hope is he will be able to progress.

‘At the moment he needs everything doing for him. It’s 24 hour care. Just looking for the little moment… 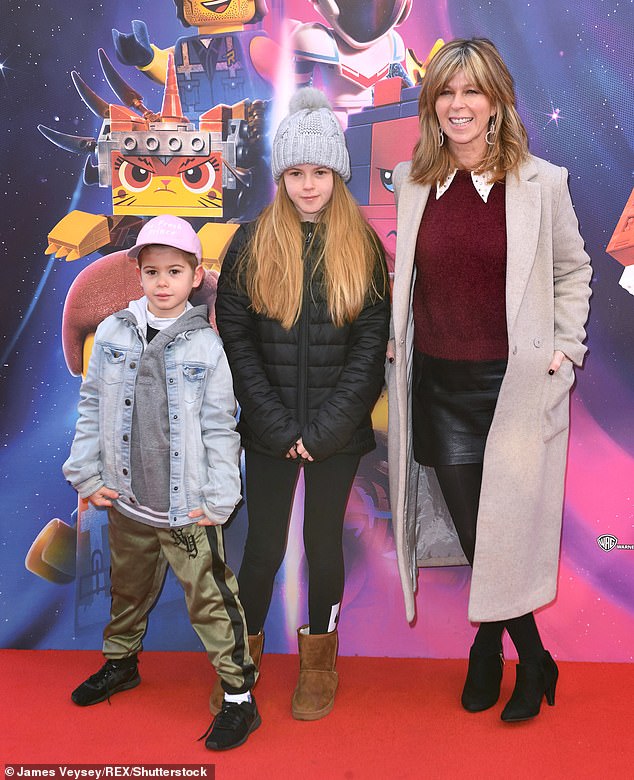 ‘There’s lots of love’: The presenter, 53, praised her ‘heroic’ children Darcey, 15, and Billy (pictured in 2019), 11, for knowing ‘how to communicate’ with their dad amid his recovery 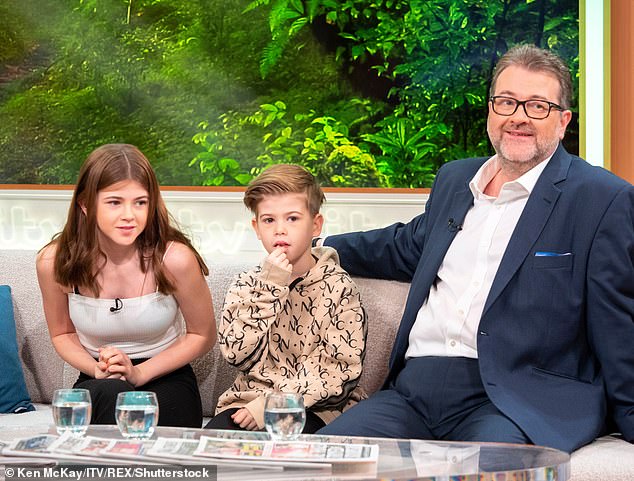 Close: Derek pictured with his two kids on Good Morning Britain as they supported Kate’s I’m A Celebrity… Get Me Out Of Here! stint in 2019

‘The big aim is that bringing home into that environment will help to raise his conscious and make him more aware and lift him out basically the disordered conscious and effects of Covid.’

Kate – who adapted her home in order for her long-term partner to receive round-the-clock care – recently revealed the heart-breaking text messages that her spouse sent her before he was put into an induced coma.

In her new memoir, The Power Of Hope, she tells in raw detail about Derek’s ordeal and pays tribute to ‘the brilliant team of doctors and specialists’ who’ve looked after him and how what they’ve learnt has helped the treatment of others.

The mother-of-two describes how the toughest experience of her life began in March last year when Derek was taken to hospital with very low oxygen levels.

As he was lifted into an ambulance, Kate said he told her: ‘This is not the last time you will see me. It isn’t.’ But she admits ‘he would never have said that if at least a small part of him hadn’t been wondering if it was.’

During the rollercoaster next few days, Kate truly feared her political lobbyist-turned-psychotherapist husband was going to die. In one phone call, he told her: ‘I want you at the funeral.’

‘His messages became more and more desperate. They were heart-breaking to read’, the journalist recalled.

Derek remains seriously ill and doctors say he was the most seriously sick patient to have survived the virus. 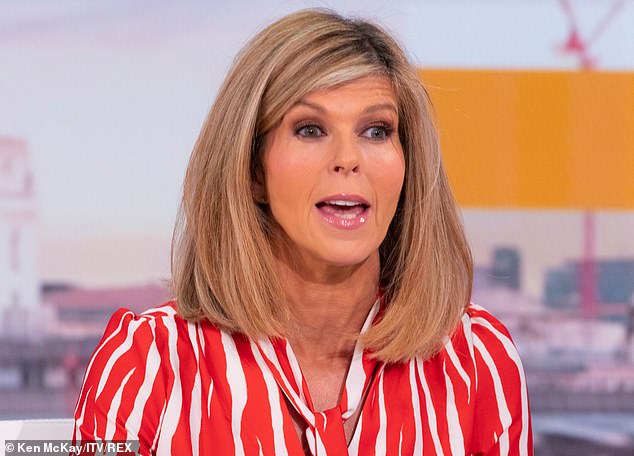 ‘It feels like yesterday’: TV star Kate also reflected on the last 12 months, which the former lobbyist, 53, spent in intensive care (pictured earlier this month)

Earlier this month, the blonde told viewers on Good Morning Britain: ‘It has been wonderful having Derek at home. There have been lots of little positives – moments of recognition and reaction.’

Explaining why she had written the book, the Smooth Radio star said: ‘I’m painfully aware that Derek would have wanted to tell his own story if he could – and one day he still may.

‘I have tried to do him – and all those who love him – justice, and his love and life are present in every line.

‘On an emotional level, I hope readers will also draw something from how we, his family, have struggled to cope.’ 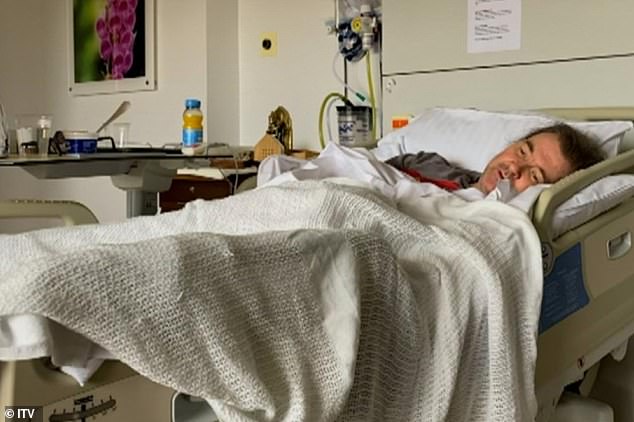 Journey: Derek remains seriously ill and doctors say he was the most seriously sick patient to have survived the virus (pictured in hospital)

@kevinhart4real is the perfect marksman we need …

Mo3 Was Murdered Because Of Jealousy