Linda Robson has denied ever having a feud with her Birds Of A Feather co-star Pauline Quirke.

The Loose Women panellist, 62, said that the rumours of a falling out are a ‘load of old codswallop’ and that Pauline, 61, only missed the show’s Christmas special as she was working on other things.

Back in February, it was reported that Pauline is no longer on amicable terms with Linda after she was involved in a tense face-off with fellow TV star Lesley Joseph, 75, outside TV studio toilets.

Speaking out: Linda Robson has denied ever having a feud with her her Birds Of A Feather co-star Pauline Quirke

But speaking to The Sun Paula said: ‘Take no notice of what you’ve heard about me and Pauline falling out. It’s a load of old codswallop.

‘Pauline just chose not to do Birds Of A Feather. She wants to concentrate on her acting academy, that’s that.

‘We’ve known each other since we were ten. We’re friends. Will Pauline return to the show? I don’t know. 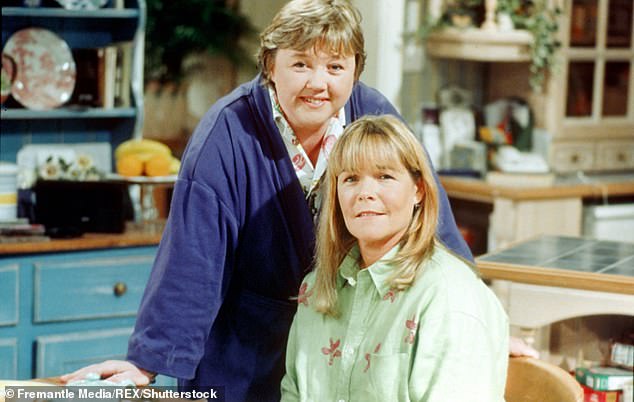 ‘I just know that the Christmas special went down really well. ITV were really, really pleased.’

Last month Linda said it was Pauline’s ‘choice’ not to appear in the one-off episode last year and that the cast had ‘to respect’ her decision.

Pauline’s character Sharon Theodopolopodous was written out of the episode as being ‘stuck on a Covid cruise’.

Linda told the Express: ‘Obviously people miss Pauline, but we have to respect that it was her choice not to do it anymore. 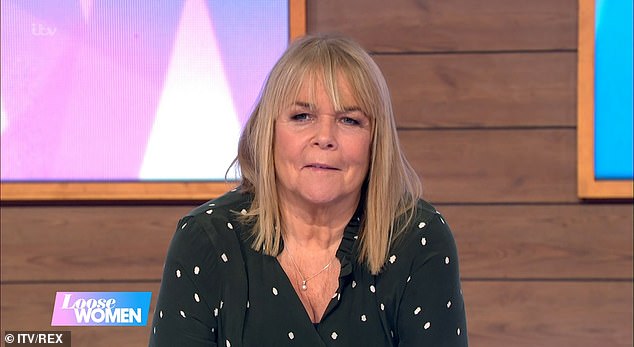 Honest: The Loose Women panellist, 62, said that the rumours of a falling out are a ‘load of old codswallop’

‘She wants to concentrate on her academy. When they (the producers) asked us, we were like, ‘Yeah we would still like to do it. We’re not ready to finish.’

‘I think it worked really well as they did a good script, and we did the best we could with it.’

The Sun previously alleged the bust-up with Lesley could date back to 1997, when Pauline received a BAFTA nomination for her role in The Sculptress, and reportedly asked for a bigger salary for her Birds Of A Feather stint through her manager husband Steve Sheen. 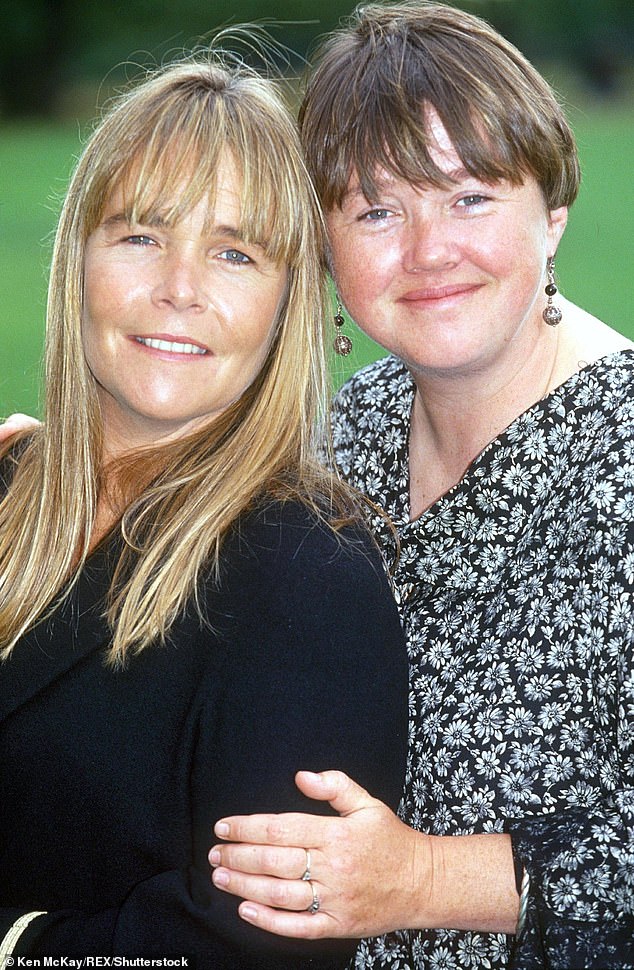 Feud?: Last month Linda has said it was Pauline’s ‘choice’ not to appear in the one-off episode last year and that the cast had ‘to respect’ her decision. Linda and Pauline are pictured in 1993

The insider said: ‘Steve was not especially popular on set. He asked for more money, which he felt was valid after her Bafta nomination, so the women started to drift apart.

‘The sense now is that they will never repair their friendship. Linda does not believe they will ever speak again.’

MailOnline contacted representatives for Linda, Pauline and Lesley for further comment at the time. 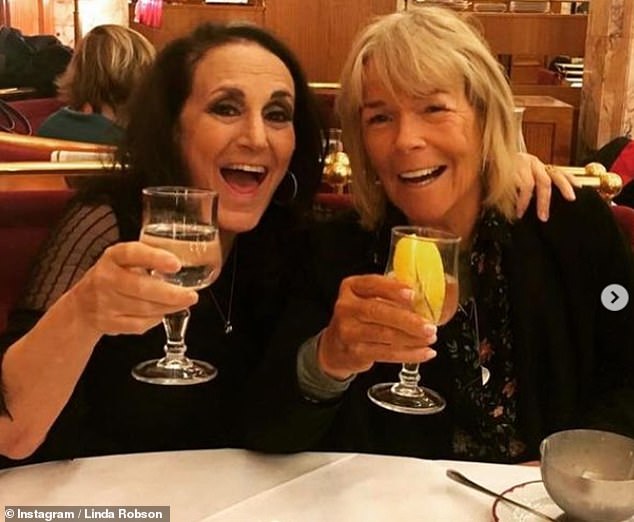 Following reports that the pair have fallen out following a huge row, the presenter posted a gallery of snaps featuring female friends and loved ones to mark ‘Galentine’s Day’ on February 14, with Pauline absent.

Her post included several snaps with her Loose Women co-stars, including an image with Nadia Sawalha from her emotional return to the show last year. 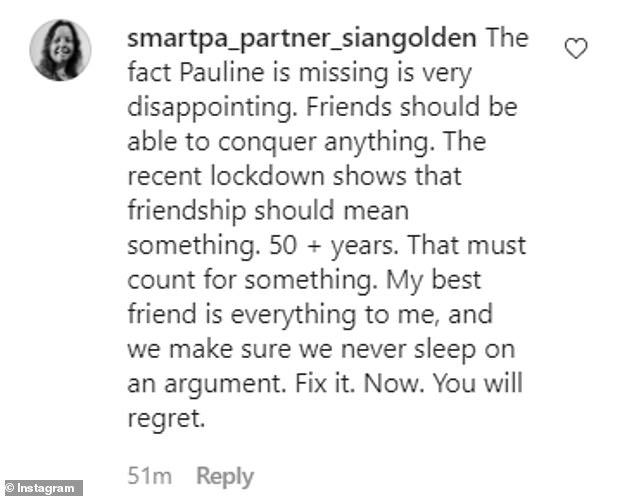 Observant: Several of her followers noted that Pauline was absent from the tribute and questioned why

The post was captioned: ‘A few (but not all) of my favourite gals #Galentine.’

Several of Linda’s followers noted that Pauline was absent from the tribute, with one writing: ‘Can we see one of you and Pauline?’

Another added: ‘@lindarobson58 where’s Pauline Quirke?’ with a third writing: ‘The fact Pauline is missing is very disappointing. Friends should be able to conquer anything.

Pauline and Linda played sisters in the hit comedy, and as real-life childhood best friends appeared to be a perfect fit for the roles. 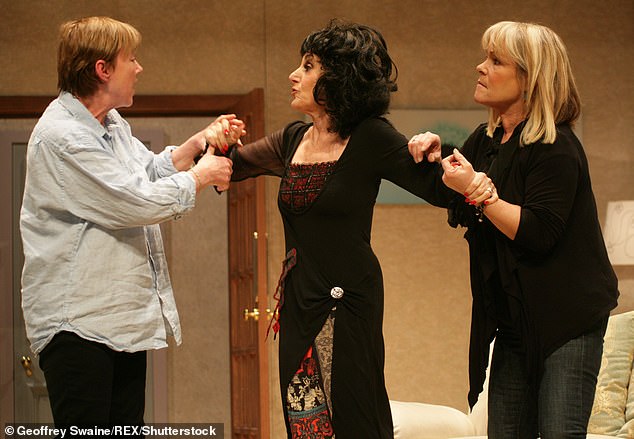 Face-off? In February it was claimed that Pauline was involved in a tense face-off with fellow TV star Lesley Joseph, 75, outside TV studio toilets (pictured in 2012)

But the frequent on-screen bickering between their characters Sharon and Tracey Stubbs appears to have exploded into the actors’ real lives, prompting fears for the future of the long-running programme.

The Mail on Sunday first revealed that a seemingly irreparable rift has developed between Pauline and Linda, whose bond once helped cement their reputation as among the UK’s most popular double acts.

Insiders said there have been ‘real and tense issues’ which resulted in Pauline refusing to take part in the 30th anniversary show, which aired in 2019.

At the same time, Linda grew closer to co-star Lesley, who plays man-eating neighbour Dorien Green, and the pair decided not to ask Pauline to take part in 2020’s Christmas special.

The fall-out seemingly marks an end to Pauline’s much-loved character of Sharon, whose recent absences have been explained by the character heading off on a cruise.

The trio shot to fame in 1989 when Birds Of A Feather began on BBC1. Following the lives of two sisters who move in together after their husbands are jailed for armed robbery, it ran for nine years.

It was later revived in 2014 on ITV by its original writers and creators Laurence Marks and Maurice Gran. 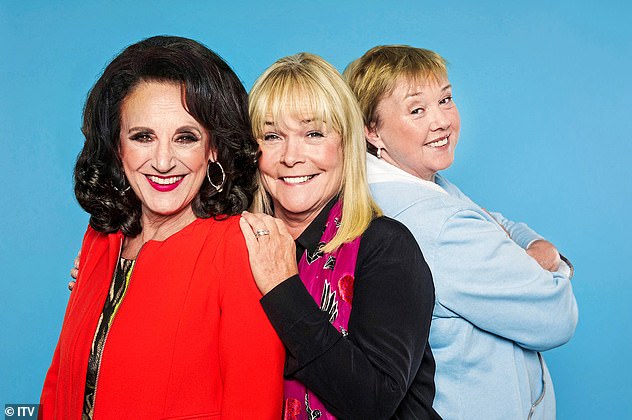 HE MELE NO LILO Lyrics – DISNEY