Vin Diesel came perilously close to missing out on the massively successful film franchise that made him a household name.

The 53-year-old actor revealed that he nearly backed out of the first Fast & Furious film during an appearance on Entertainment Weekly‘s Binge podcast, released Friday.

He admitted he had second thoughts about the heist film after reading an early draft of the screenplay that was lacking.

Close call: Vin Diesel, 53, shared on EW’s Binge podcast that he almost quit 2001’s The Fast And The Furious after reading an early draft of the script that wasn’t up to his standards; seen in 2019

Diesel wasn’t even the studio’s first choice for 2001’s The Fast And The Furious, as it originally wanted Justified’s Timothy Olyphant to play Dominic Toretto.

But Universal eventually moved on to Diesel, who had already made a big film with the studio.

‘Universal ended up being involved in the release of Pitch Black, the only other movie I had done of that size, and so they said, “We got this movie that’s about illegal street car racing, and we want you to play this character, who’s a tough guy, outlaw, with a heart and a code,”‘ he recalled.

‘Then they describe that scene you see in the first movie, where the camera goes through my eye and down my arm and into the engine, and that’s the only thing they described. And I said, “Yes, I’m in!”‘ 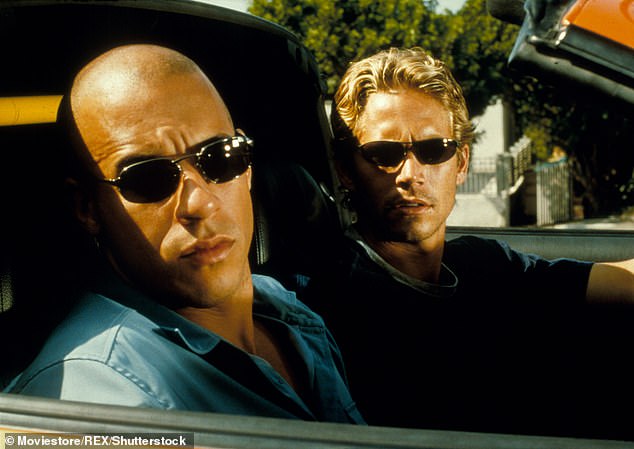 Sold! Diesel was initially in after the studio described ‘that scene you see in the first movie, where the camera goes through my eye and down my arm and into the engine; pictured with Paul Walker in The Fast And The Furious (2001) 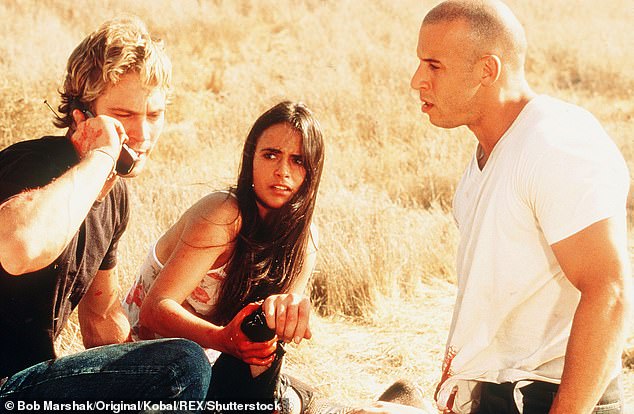 Disappointed: But he almost changed his mind once he read the script. ‘I’m conflicted here, because this script is not what I thought it would be’; still from The Fast And The Furious

But he started to feel shaky about his commitment once he had a chance to actually read the script.

‘The next day I’m supposed to go the premiere in Australia for Pitch Black, and I read the script and I go… [pauses and sighs]. I’m conflicted here, because this script is not what I thought it would be.’

But David Ayer, who would write the Oscar-winning film Training Day (and later direct the critically reviled DC Comics film Suicide Squad) was assigned the rewrite, and a conversation with him helped put Diesel at ease.

‘The irony is, I felt like I had gotten what the character wanted to be in the first script, but I felt there were things conflicting with this truth — and that’s where David came in,’ he continued. ‘I remember him saying, “The Dom character is so complex, I’ve never seen anything like it since Alonzo [Denzel Washington’s Oscar-winning role in Training Day].”

‘I appreciated that he was able to see the complexities of the character… And some other characters needed some fine-tuning as well, like the Letty character. I’m just so lucky they were open to it all and that they really wanted me to feel great and confident about it. 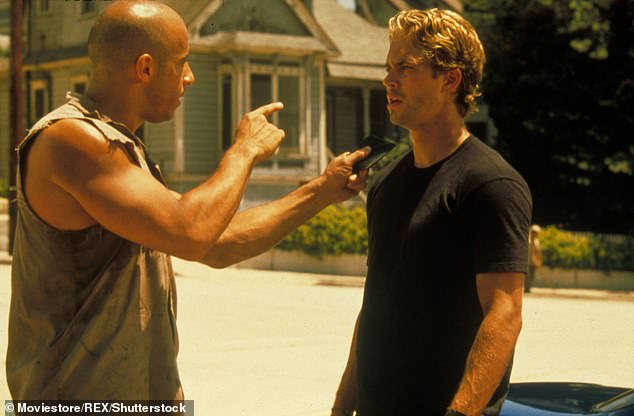 Redeemed: But a David Ayer rewrite saved the film for him. ‘I appreciated that he was able to see the complexities of the character’; still from The Fast And The Furious 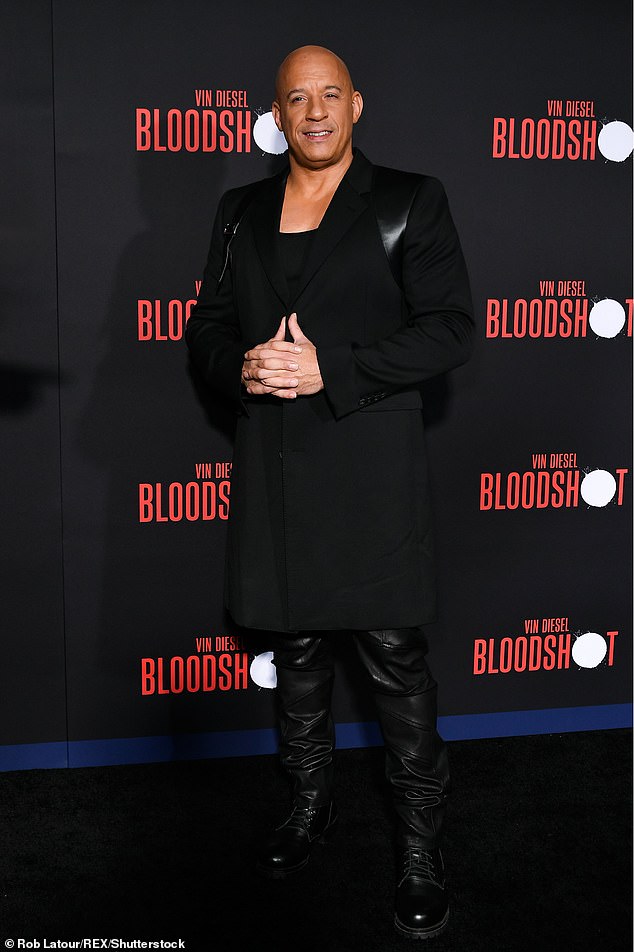 Old friend: He included a loving anecdote about his late friend and costar Paul Walker, who flew back from Mexico before the first film’s release and insisted they go commercial; seen in March 2020

As usual, Vin included a loving anecdote about his late friend and former costar Paul Walker, who died in a car crash prior to the completion of filming on 2015’s Furious 7.

He recalled how the two had gone to Mexico for for MTV Spring Break in the lead-up to the release of The Fast And The Furious, and that Paul had wanted them to fly commercial on the way home instead of going private.

It wasn’t until that trip that he understood just how much his life would be changed by his forthcoming fame.

‘And I’ll never forget this: We’re sitting on the floor of this airport, bags to the side, legs stretched out, thousands of people walking by, walking over us. Now he had already had some films out, so he was a little more familiar with what was to come, and he said, “Vin, take all of this in. Take in the fact that all these people are just walking by us.”

‘I said, “Why,” and he said, “Because when this movie comes out, our anonymity will be gone.” It was so telling, and it was so surreal, how he knew.’ 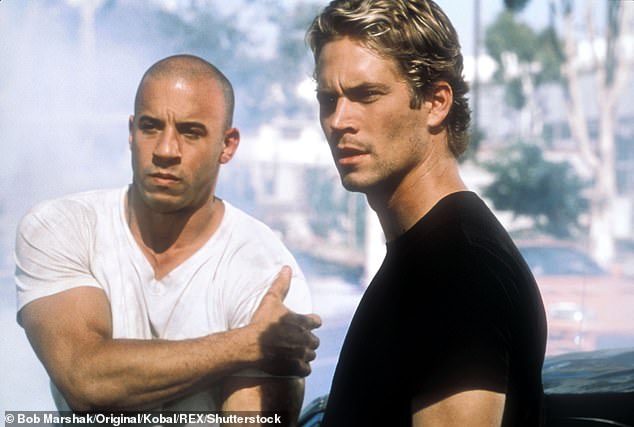 Seeing the future: Walker told Diesel to look at all the people in the airport walking past them. ‘Because when this movie comes out, our anonymity will be gone,’ he said presciently; still from The Fast And The Furious