Travis Scott was really flying in style after celebrating his 29th birthday in the Bahamas on Friday.

The rapper was spotted returning to Miami in his enormous new private jet.

Whether he was soaring the skies in a brand new jet or ringing in his 29th year on the beach, Travis has really been living it up these last few days.

So fly! Travis Scott jetted into Miami on his enormous private jet on Friday

The rapper didn’t have to lift a finger as an assistant carried his belongings out of the craft for him, including a luxurious Hermes bag.

Despite being fresh from a flight, the rapper appeared in good spirits as he left the transport hub surrounded by friends.

Seems a luxurious getaway was exactly what Travis needed as he smiled from ear-to-ear while chatting with his friends. 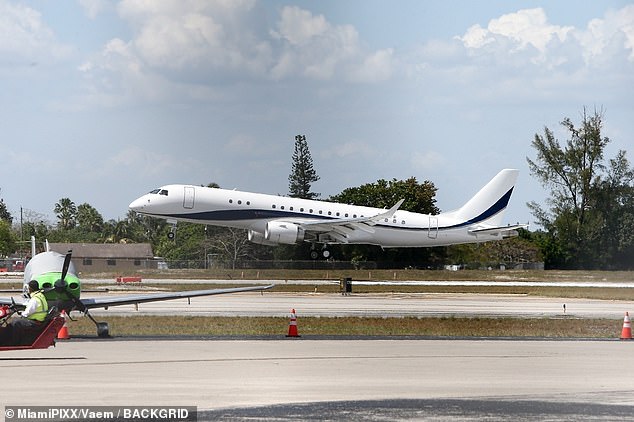 High style: Scott returned home in his new plane following a luxurious getaway to the Bahamas 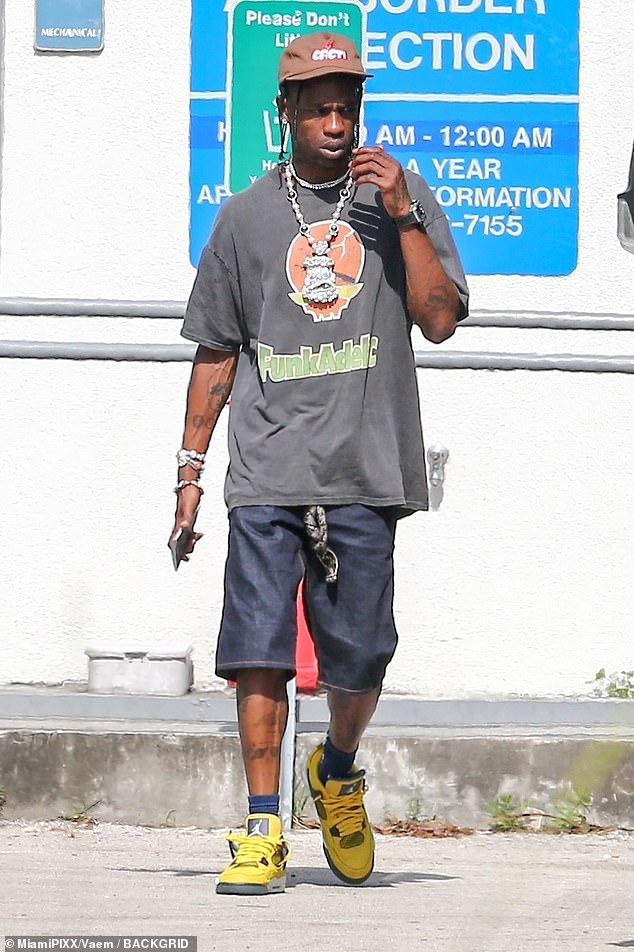 Birthday boy: Scott was in the Bahamas celebrating his 29th birthday with friends 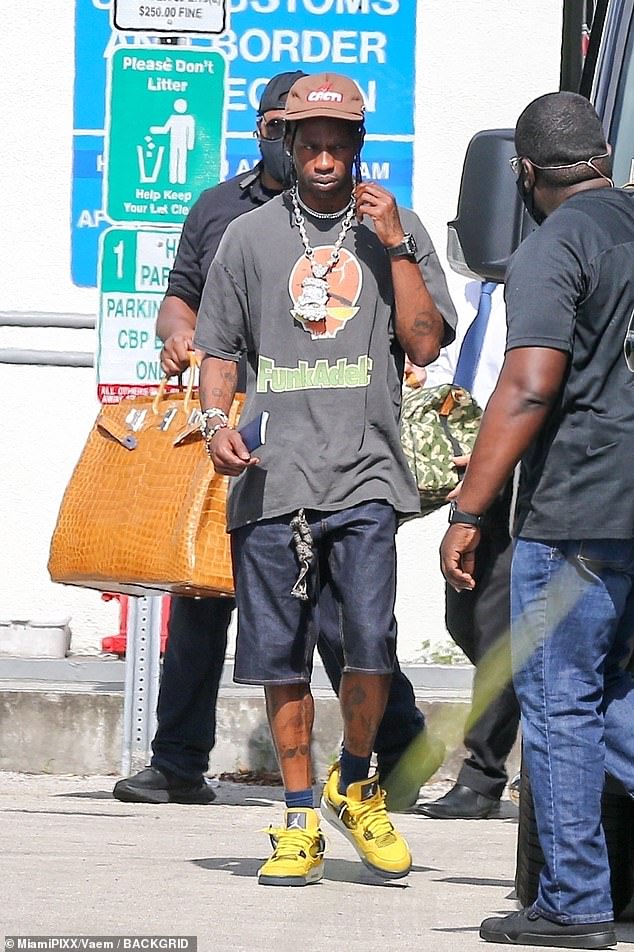 He beat the hat with a hat from his own line of merchandise.

Travis kept fans updated on his adventures on his Instagram account, where he posted a photo of himself strolling by the surf and a video of the incredible yacht he partied on.

The video started with Travis exploring the ocean in a small craft, before arriving to his massive yacht docked at sea. 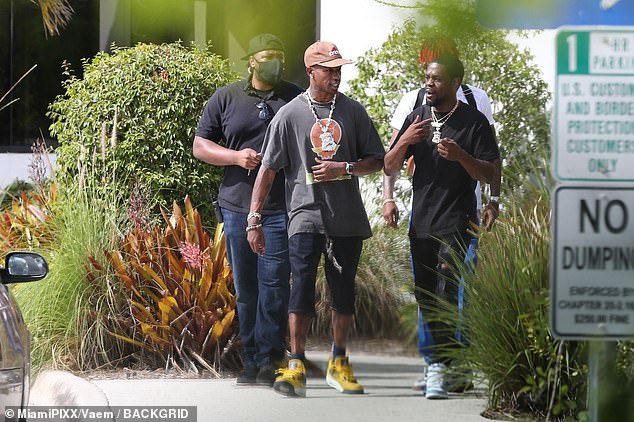 Just the boys: Scott seemed in good spirits as he left the transport hub surrounded by friends 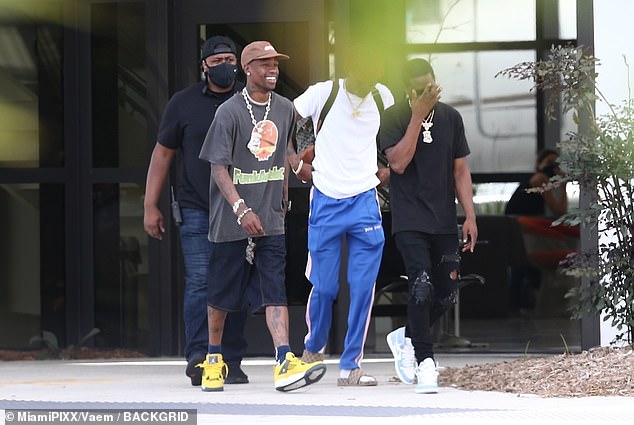 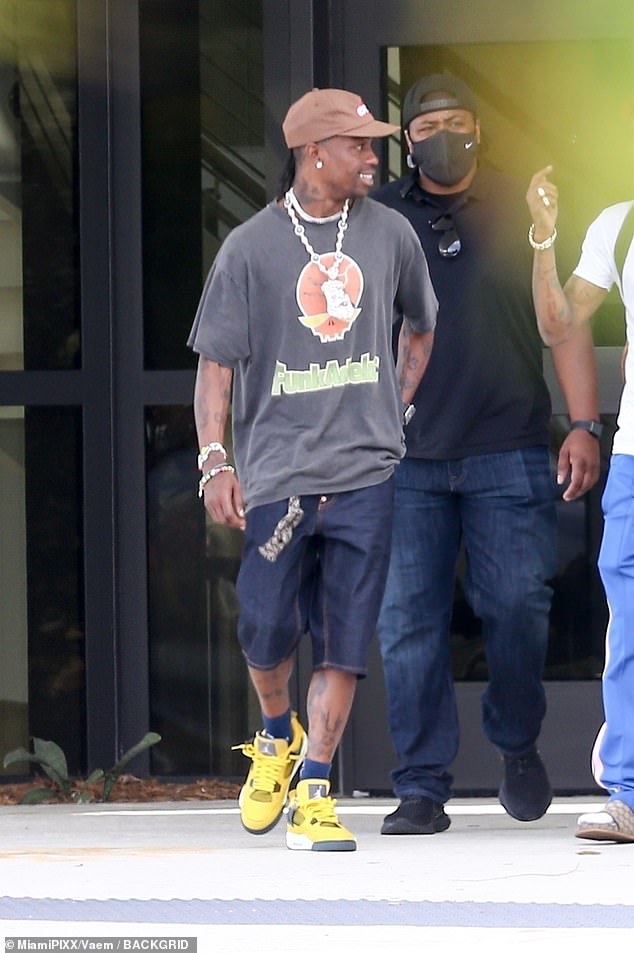 Hat’s off to him: Scott beat the heat with a hat from his own line of merchandise 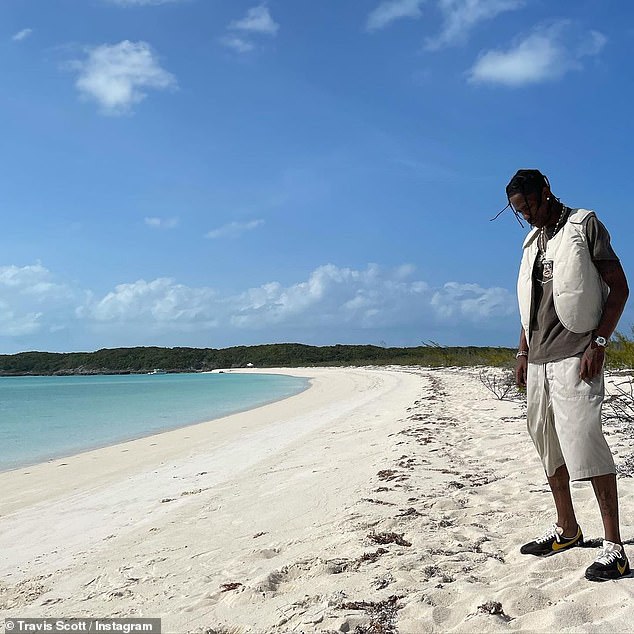 Not pictured during his recent voyage with his ex-girlfriend Kylie Jenner, with whom he shares three-year-old daughter Stormi with.

The couple first got together shortly after Kylie split from her long-time boyfriend Tyga in 2017, and welcomed their daughter less than a year later.

The pregnancy was shrouded in secrecy until Kylie announced she had indeed welcomed a child with Travis in February 2018. 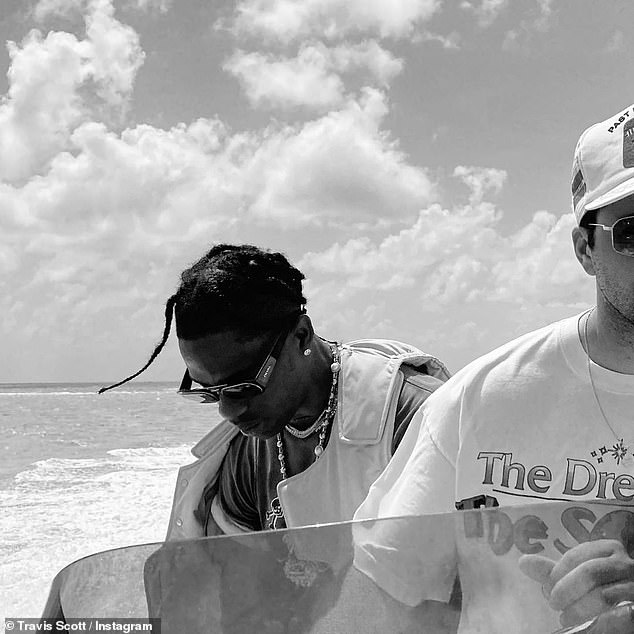 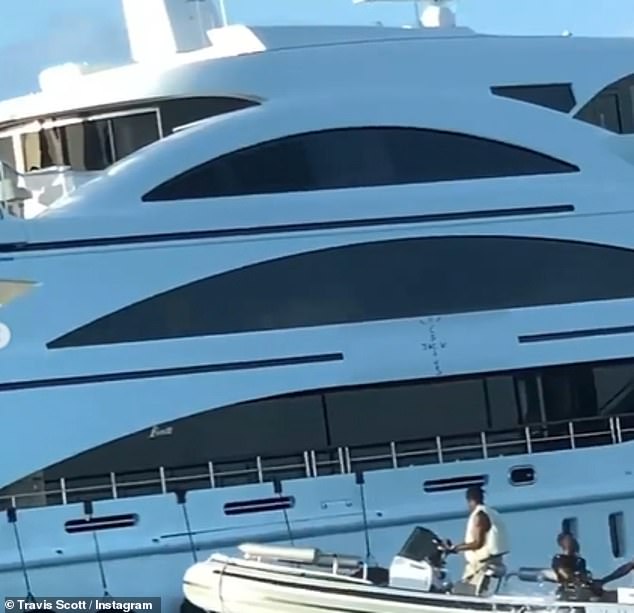 Whoa: Scott shared video of himself approaching his massive yacht

Though they have since split, they have remained on good terms.

Kylie gave Travis a shout-out on his birthday as she posted photos of the rapper with their daughter to her Instagram Stories.

At the time of their break-up, a source told People: ‘They have split for now and are living apart. Travis moved out a couple of weeks ago and lives at his own house. Stormi will continue to live with Kylie.

‘They are both great parents and will co-parent. They don’t want their split to affect Stormi too much. As soon as they felt they couldn’t figure out their issues, they decided to separate so their disagreements won’t affect Stormi.’ 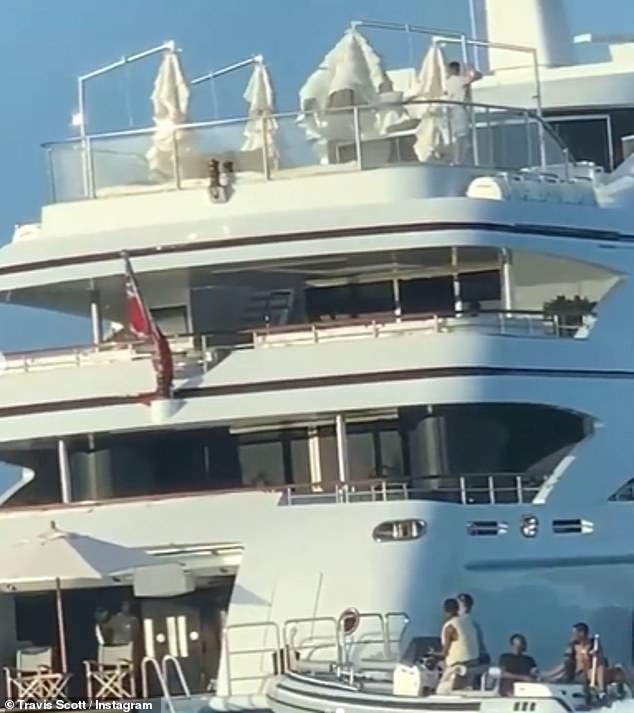 Making a splash! The giant vessel waited for Scott and his friends 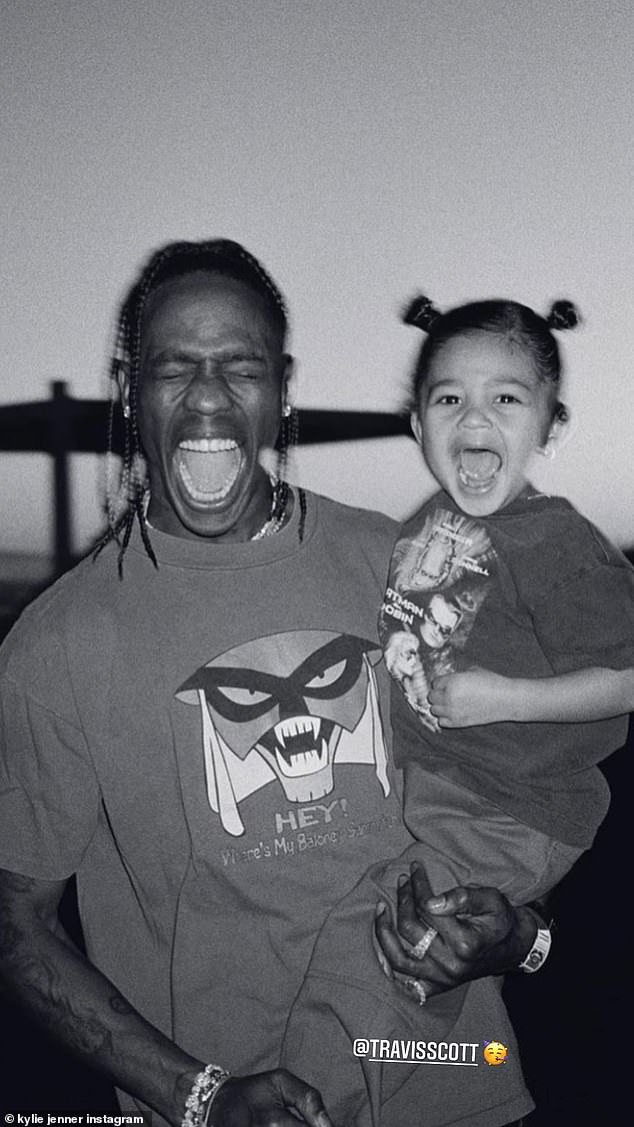