Khloe Kardashian and Tristan Thompson are seen exploring surrogacy together as a family in the new teaser for Keeping Up with the Kardashians, filmed before the latest round of cheating allegations surfaced against her NBA star beau.

The on-again couple have remained silent after Sydney Chase, 23, alleged that she had ‘hooked up’ Tristan in January, and that she last heard from him the day after Khloe, 36, threw daughter True a lavish third birthday bash on April 12 in LA.

While it is unclear exactly when footage from the teaser was filmed, it shows Khloe and Tristan very much together as a family unit, as they discuss their plans to have another child via a surrogate.

Khloe – who gave birth to her daughter True in April 2018 – is heard talking about her future family plans with Tristan when she is filmed saying: ‘I’m in the process of surrogacy.’

The clip then cuts to Khloe and Tristan in the car together, as the NBA player says: ‘Your sister has done it before, so it’s not like, foreign to us.’

However, Khloe then appears doubtful as she says in a voiceover: ‘I’m starting to wonder if surrogacy is really going to work for me and my family.’ 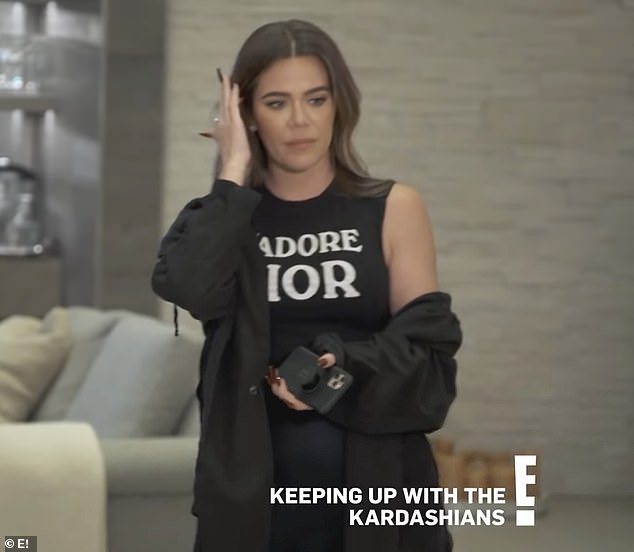 Tough decision: Khloe, 36, is seen in the clip having doubts over whether surrogacy is right for her family

Both Khloe and Tristan appear to be talking as though they are a couple again, which had appeared to be the case before the latest cheating claims hit them.

In March this year, Khloe appeared to confirm that she was fully back on with Tristan, after posting a gushing message for his 30th birthday, to which he replied: ‘I thank God for the beautiful and loving woman you are.’

However, last week, model Sydney claimed that she’d had a fling with Tristan in January, alleging the NBA star told her he was single. 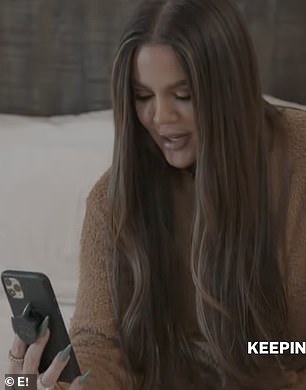 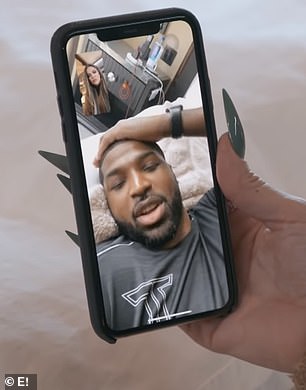 Hashing out their plans: Khloe and Tristan appear to be very much a couple in the latest Keeping Up with the Kardashians 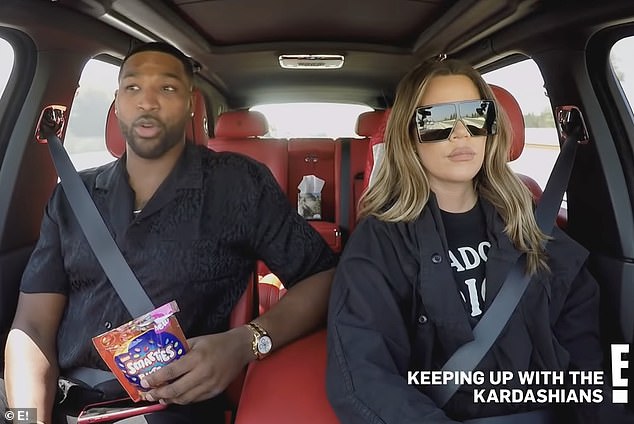 Driving force: The on-again couple continue their surrogacy discussion in the car

DailyMail.com reached out to representatives for Khloe and Tristan at the time, who did not respond for comment.

Doubling down on her claims that the pair shared a sexual experience, Sydney said on TikTok last week: ‘We did have past relations, I then found out he was in a relationship and I ended things. In the interview, things got misconstrued while we were drinking.

‘We first met in November 11 to be exact and that’s when everything started. And then the last time we had contact – besides when he messaged me after finding out about the interview – was the day after his daughter’s birthday party when he just got back home from Boston.’

Elsewhere in the Keeping Up with the Kardashian super-tease, there are more dramatic topics on the table including Scott Disick and Kourtney Kardashian’s relationship, and Kim breaking down crying amid her divorce from Kanye West. 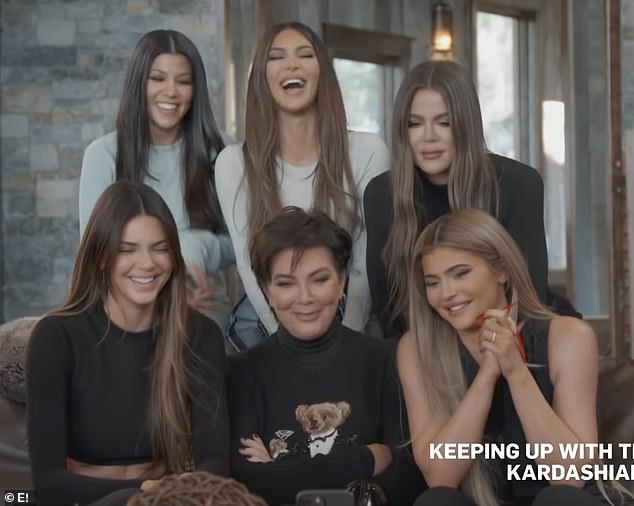 Tearful goodbyes: Kendall, Kourtney, Kim, Khloe, Kris and Kylie all appear together in the emotional clip, bidding farewell to their fans for now 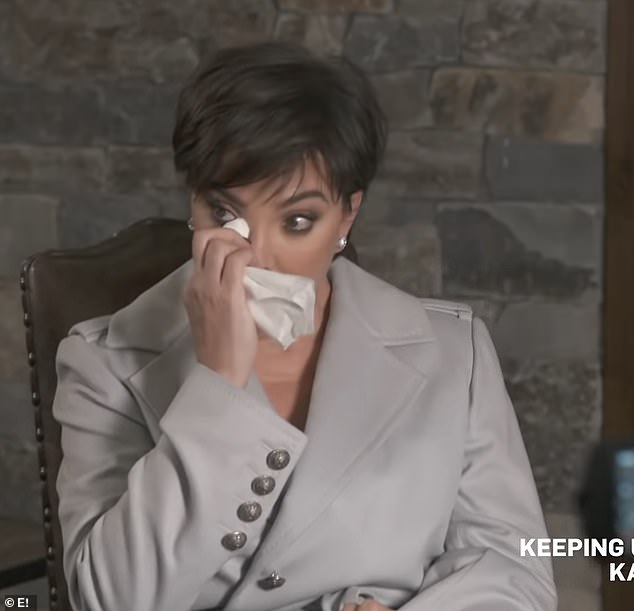 Get the tissues ready: Momager Kris is seen wiping away her tears as she discusses the finale of the show

It seems as though fans may get a glimpse into Kim’s battle to save her six-year marriage to Kanye, though it is not clear when the moment in question was filmed.

‘I feel like a f***ing loser,’ the KKW Beauty mogul tearfully tells family members as she is overcome with emotion.

Little more is shown apart from Kim seemingly surrounded by her closest family members, her wedding ring still on her left hand. 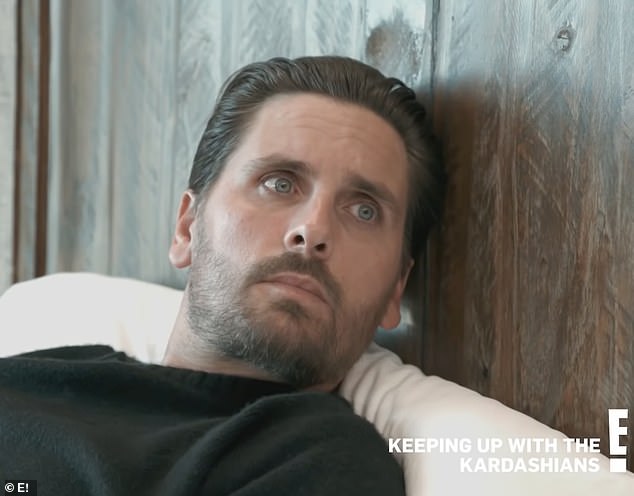 Troubled: Scott Disick is seen talking about his relationship with Kourtney Kardashian 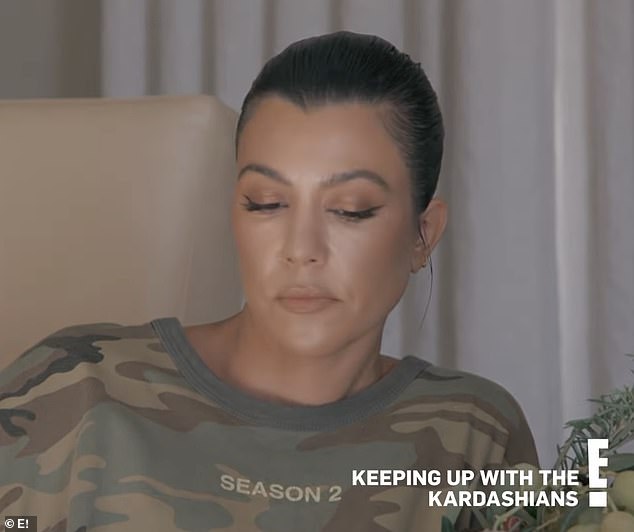 Already moved on? Kourtney – who is now with Travis Barker – discusses her future with Scott 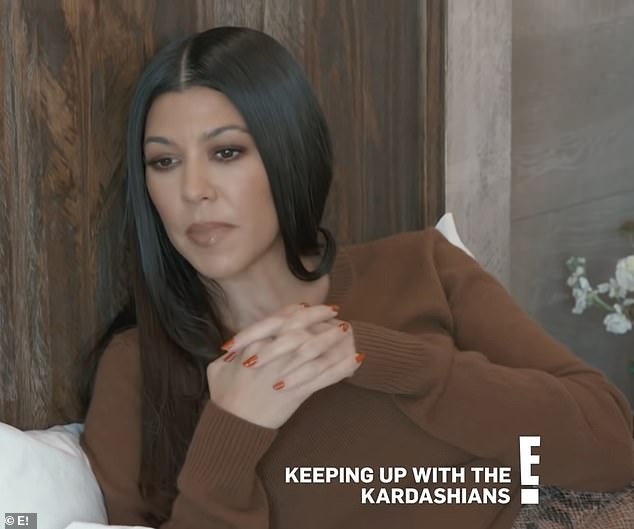 Thinking about Travis? Kourtney certainly has other things on her mind now that she is in a very passionate new relationship with Travis Barker

In the room with Kim is Kendall, 25, who is also tearful as she listens to her older sister pour her heart out.

Earlier this year it was reported that Kim, 40, would discuss the end of her marriage on her E! show and that Kanye was ‘less than thrilled’ that details would be broadcast.

Kim and Kanye – who share North, seven, Saint, five, Chicago, two, and Psalm, 19 months, together – had been in marriage counselling before Kim filed for divorce last month. 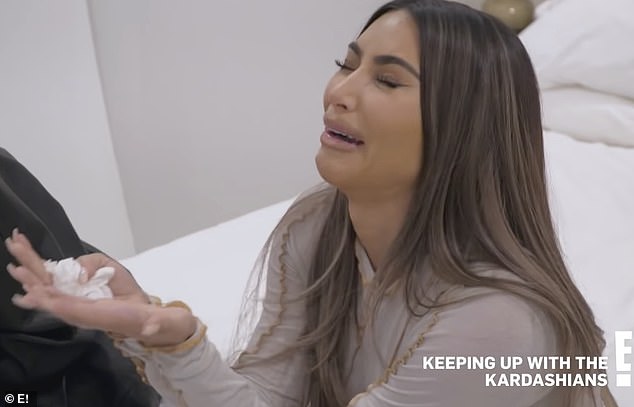 ‘I feel like a f***ing loser’: Kim Kardashian breaks down in tears in the clip, which could be about her divorce from Kanye West 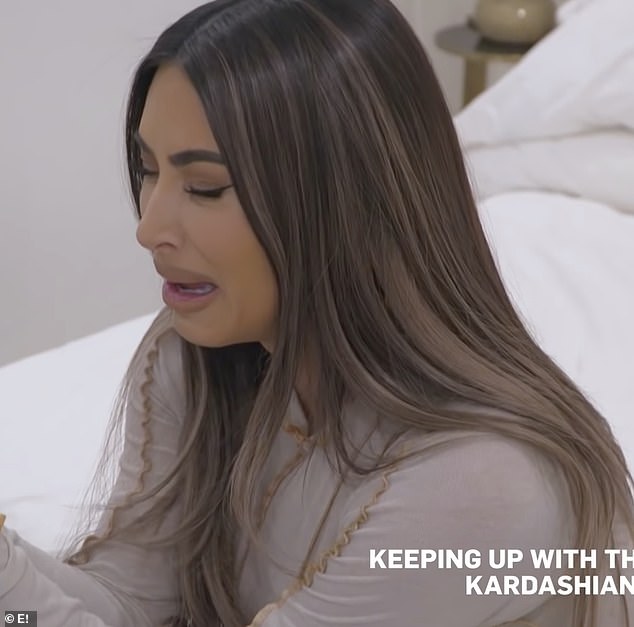 Sad face: Kim, 40, finds comfort in her family as she breaks down crying 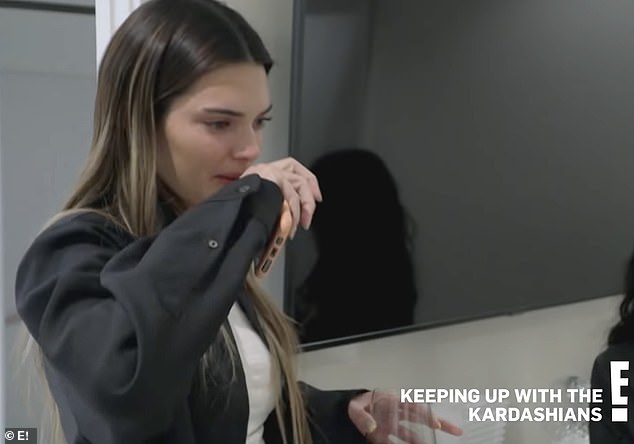 Sister support: Kendall is seen comforting Kim as she cries in the show

Caitlyn Jenner Is Against Trans Girls Competing In Sports