Henry Golding has been tapped to play opposite Dakota Johnson in the modernized Netflix movie of Jane Austen’s swan song Persuasion.

He will feature as Mr. Elliot, an unscrupulous charmer whom another character in the book describes as ‘black at heart’ with ‘no feeling for others.’

The 34-year-old actor is said to have found the role appealing because it is against type for him, according to a report in Deadline.

Coming together: Henry Golding has been tapped to play opposite Dakota Johnson in the modernized Netflix movie of Jane Austen’s swan song Persuasion

Henry has made a name for himself playing kindhearted romantic leads in such movies as Crazy Rich Asians and Last Christmas.

Meanwhile Dakota, who is the daughter of Don Johnson and Melanie Griffith, will head up the cast of the new Persuasion movie as the leading lady Anne Elliot.

In the book Mr. William Elliot is a distant relation of Anne’s who comes into a great deal of money after his heiress wife dies.

Mr. Elliot then swoops in on Anne’s family who are facing serious financial problems after her profligate father spends them into debt. 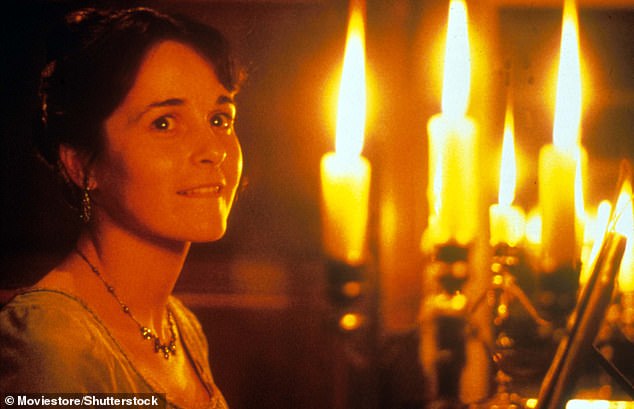 Throwback: Persuasion was adapted into a theatrically released film only once – a 1995 movie starring Amanda Root as Anne (pictured)

Anne takes a liking to the dashing and charismatic Mr. Elliot who aggressively pursues her romantically and even plans to pop the question.

Her family adores William because of his money and status, which elevates them in the city of Bath by association, but Anne is less convinced.

She discovers he only married his first wife for her money – and she is also fielding the affections of her old flame Frederick Wentworth who returns to the scene.

Another character Mrs. Smith says: ‘Mr. Elliot is a man without heart or conscience; a designing, wary, cold-blooded being, who thinks only of himself; who, for his own interest or ease, would be guilty of any cruelty, or any treachery, that would be perpetrated without risk of his general character.’ 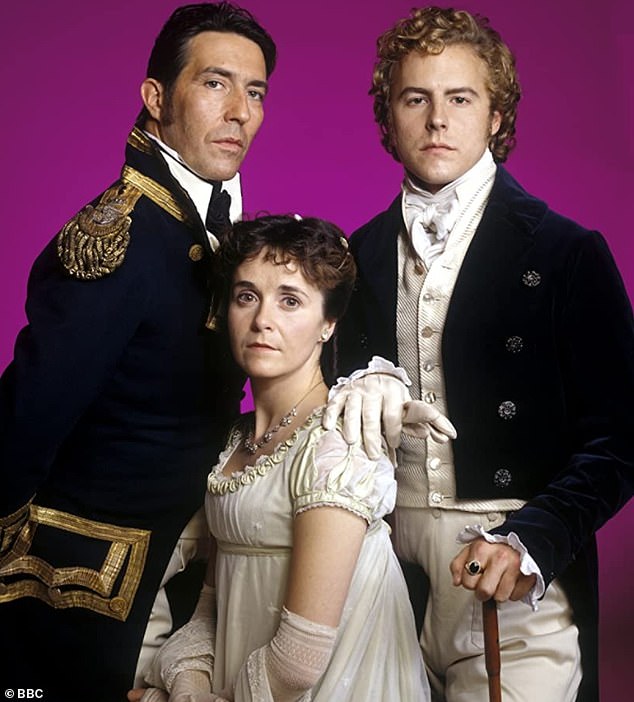 Persuasion was published in 1818 the year after its author died at the age of 41 after a long illness that may have been Hodgkin’s lymphoma or Addison’s disease.

It was Jane Austen’s last finished novel, although she also had an incomplete book in the works called Sandition that was eventually published in the 1920s.

There has only been one theatrically released movie of Persuasion – a 1995 film starring Amanda Root as Anne and Samuel West as Mr. Elliot.

Then in 2007 ITV made a film of Persuasion with Sally Hawkins playing Anne opposite the smoldering Tobias Menzies as Mr. Elliot. 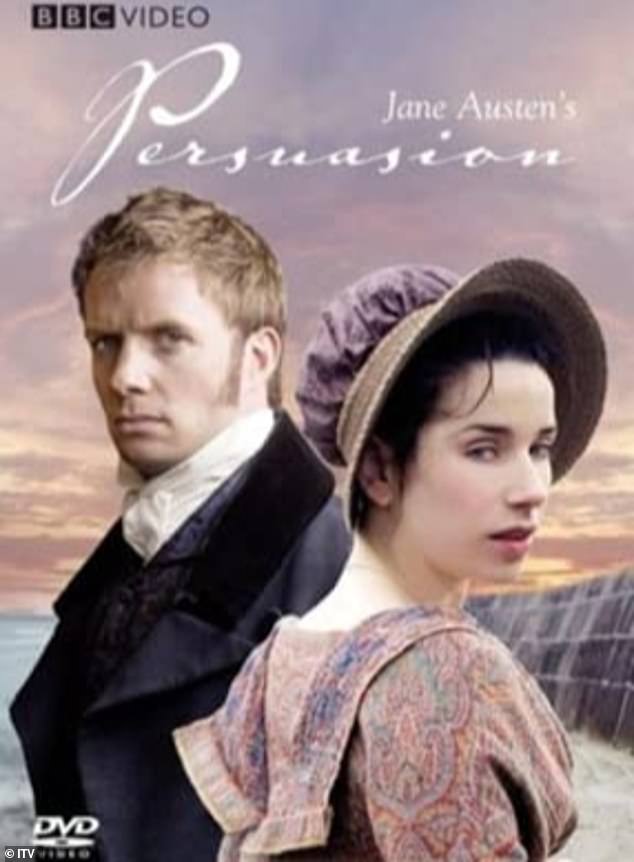 Remember when: Then in 2007 ITV made a film of Persuasion with Sally Hawkins playing Anne alongside Rupert Perry-Jones as Frederick

Persuasion has also been adapted into several TV shows beginning with a 1960 BBC miniseries with Daphne Slater as Anne and Derek Blomfield as Mr. Elliot.

As recently as 2019 the book was modernized into a web series called Rational Creatures with Kristina Pupo as Ana Elias – the Anne Elliot equivalent – and Chicago P.D. guest star Armando Reyes as the Mr. Elliot analog Guillermo Elias.

Broadway director Carrie Cracknell is making her feature film debut at the helm of Persuasion from a script by Alice Victoria Winslow and Ron Bass.

Will Smith Flaunts His Quarantine Gut!!