And Mia Sully was sure to command attention as she headed out for some drinks at a rooftop bar in London this week.

The Absolutely Ascot star, 22, put on a sizzling display as she flashed her taut midriff in a white crop top and matching mini skirt.

Work it: Mia Sully looked sensational as she flaunted her taut midriff in a crop top and mini skirt while heading out for some drinks at a rooftop bar in London this week

Mia looked sensational in her figure-hugging ensemble, which featured small gold zips on the plunging top and skirt to flash even more skin.

She kept with the neutrals theme as she donned a pair of statement grey snake-print boots and toted a cream Louis Vuitton handbag.

The brunette beauty wore her flowing tresses down and perfectly styled into curls, letting her locks cascade over her shoulders as she posed up a storm. 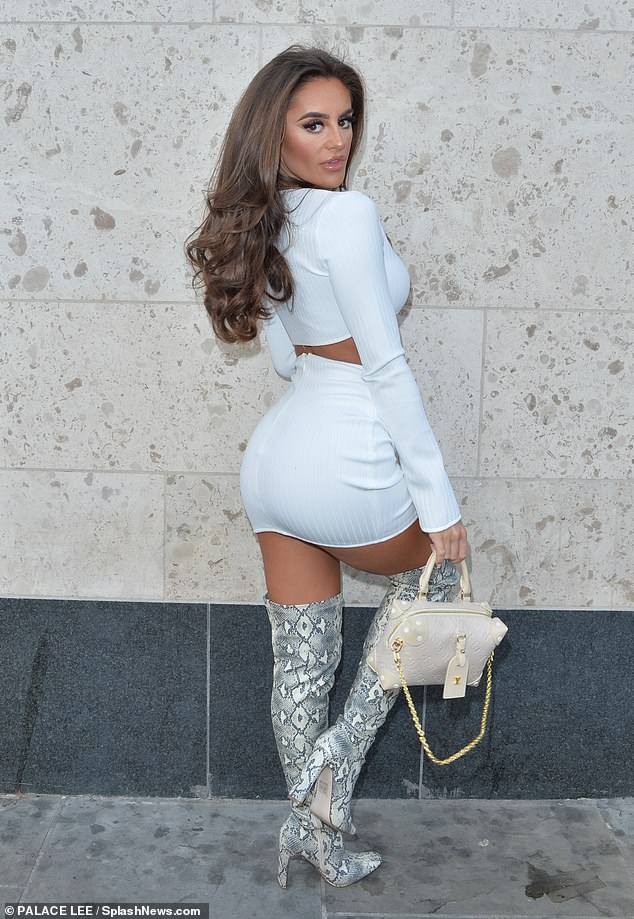 Wow: The Absolutely Ascot star, 22, put on a sizzling display as she flaunted her incredible figure in the skin-tight ensemble

Mia was joined for the fun-filled evening by her pal Bailey Whitty, who also ensured to put on a show-stopping display in a purple dress.

Bailey flaunted her incredible curves in the skin-tight number which boasted a plunging neckline to emphasise her ample cleavage.

She followed Mia’s lead in the footwear department and also rocked a pair of boots before finishing her stylish look with a designer handbag. 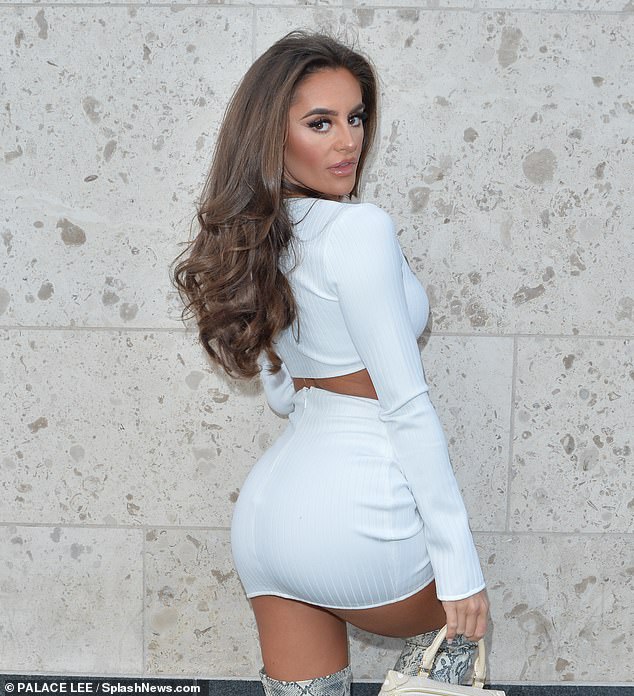 Sizzling: Mia ensured to work all her angles as she posed outside the venue 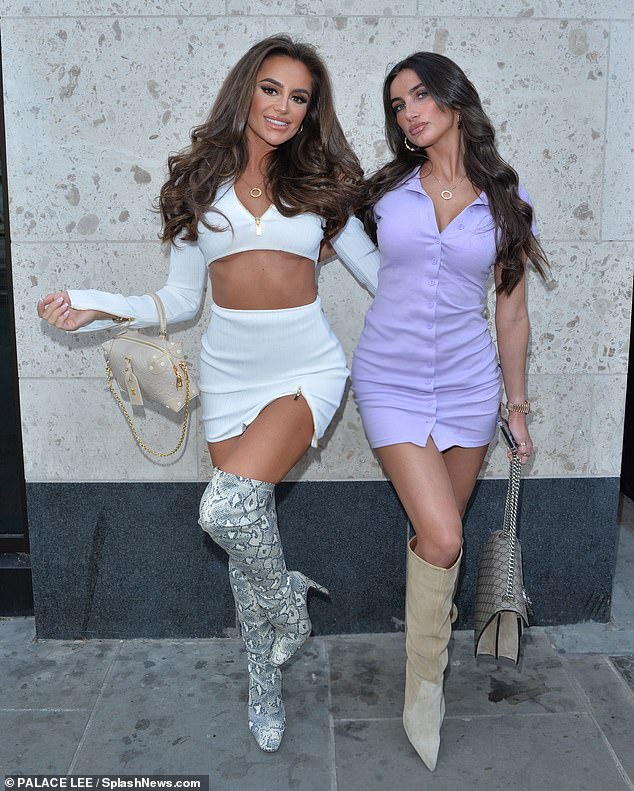 Gal pals: Mia was joined for the fun-filled evening by her stunning friend Bailey Whitty, who also ensured to put on a show-stopping display in a purple dress

Not forgetting her glam, Bailey styled her long locks into gentle waves and applied a full face of makeup including a slick of nude lipstick.

Mia shot to fame on Absolutely Ascot – a controversial reality show which followed the lives of the ‘unique community’ of people living in the Berkshire town of Ascot.

In 2018, the series caused drama with locals as they decided to launch a petition for the ITVBe show to change its name. 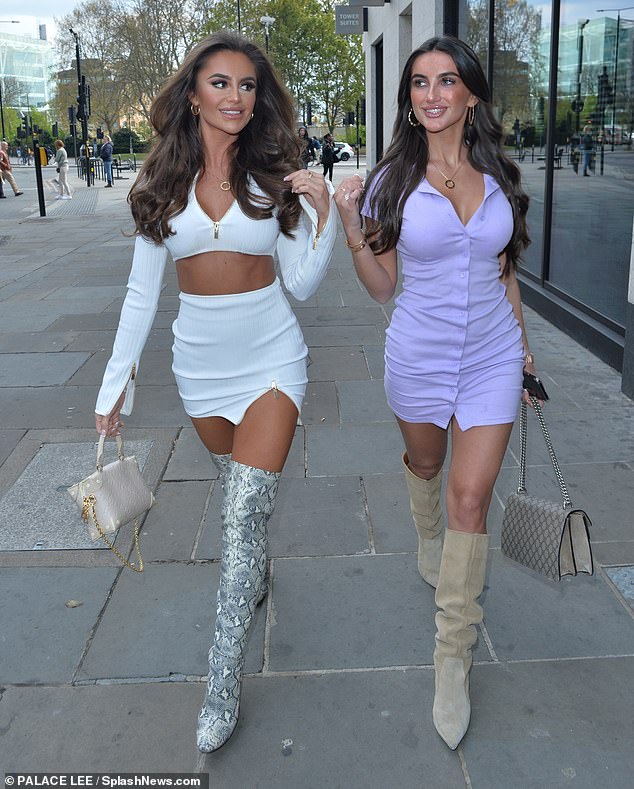 Here they come: The two stunners exuded confidence as they strutted along the street 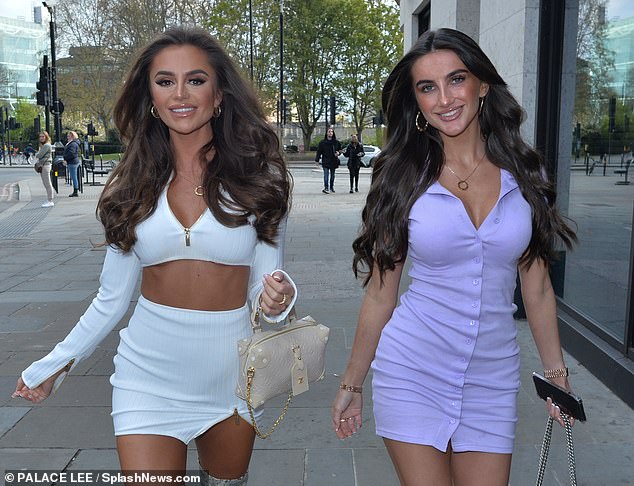 Matching: Mia and Bailey both donned circle necklaces to accessorise their sizzling looks 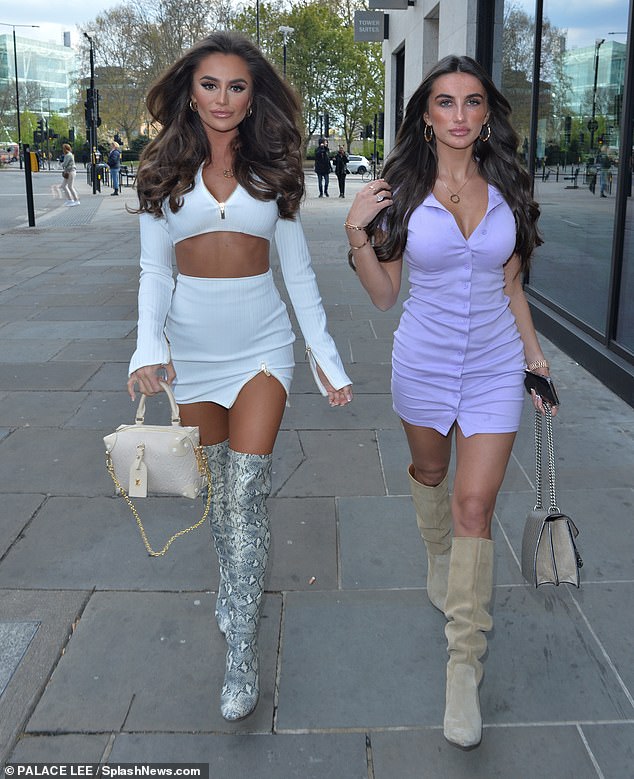 Gorgeous: Mia rocked a pair of grey snake-print boots while Bailey opted for beige suede footwear for the girls’ night out

A campaign was formed on the official parliament petitions website under the name: ‘False Advertising- ITV to rename show, as ‘stars’ are not actually from Ascot’.

Mia kicked off 2021 with a trip to Dubai, where she was pictured soaking up the sunshine in a tiny white and leopard print bikini as she enjoyed a dip by the pool.

Mia oozed confidence as she flaunted her figure in a two-piece despite the growing backlash against influencers living it up in Dubai while Brits back at home are in a nationwide lockdown at the time. 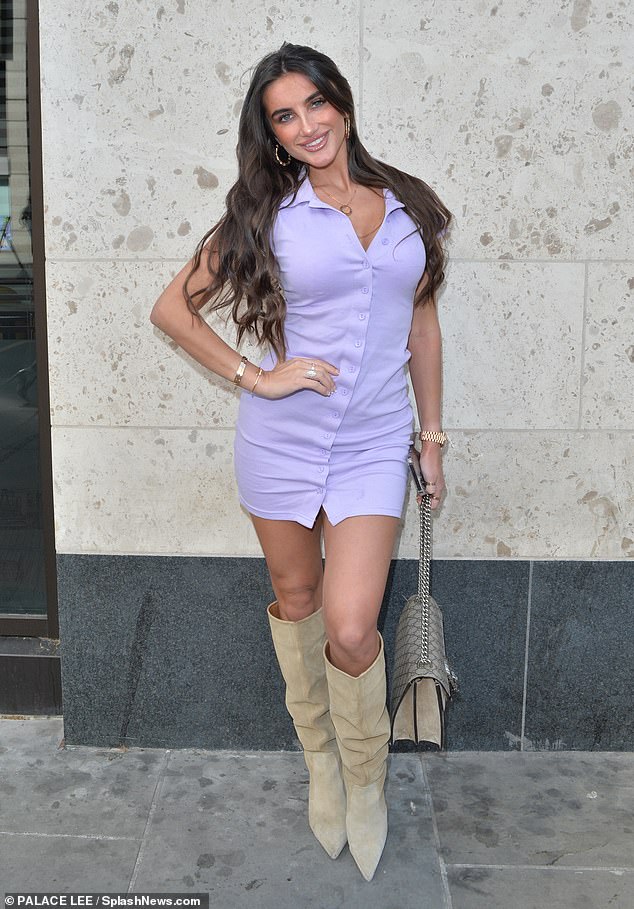 Stunning: Bailey flaunted her incredible curves in the skin-tight number which boasted a plunging neckline to emphasise her ample cleavage 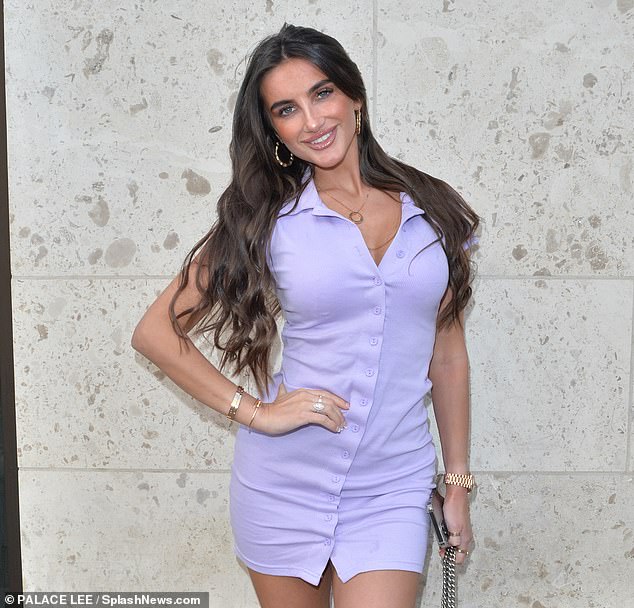 All made up: She accessorised with a selection of stylish gold bracelets and hoop earrings

In January, many influencers travelled abroad under the ruse that their trips are ‘for work,’ sparking backlash from fans who have been holed up in lockdown amid the pandemic.

Among those who shared glimpses of their trips to Instagram were Love Island’s Laura Anderson, Francesca Allen, Arabella Chi and twins Jess and Eve Gale.

Geordie Shore’s Chloe Ferry was also in Dubai for ‘work’ while TOWIE’s Yazmin Oukhellou, who is now living in the UAE, and her former beau James Lock were also overseas. 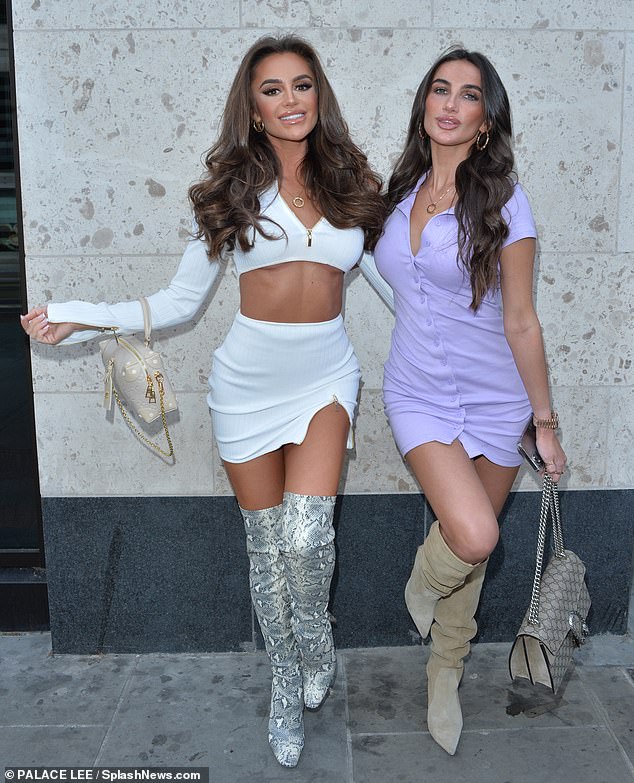 Having fun: The duo could not stop smiling as they posed up a storm for the camera

Rapper Isaiah Rashad DEAD Broke; Move Back To Mama’s House DUE TO ADDICTION!