Whatever happened to Scott Michaelson? Neighbours heart-throb reveals why he walked away from fame in the late 90s – and how he reinvented himself as a successful businessman

Scott Michaelson is most famous for playing larrikin surfer Brad Willis on Neighbours between 1991 and 1993.

And despite being a popular ’90s heart-throb, he chose to give up acting at the height of his success to become a businessman and entrepreneur.

More than 20 years after quitting the Channel 10 soap, Scott, now 52, says he’s never once regretted stepping away from the spotlight to reinvent himself.

Whatever happened to actor Scott Michaelson? Neighbours heart-throb, now 52, has revealed why he walked away from fame in the late 90s. Pictured in 1995

The Logie-nominated star went from Neighbours to landing roles in films like Young Hercules, Flipper and Sabrina Down Under in the late ’90s before calling it quits.

‘I wasn’t happy with not being able to control my own destiny and wanted a sense of security around my future,’ he told Woman’s Day.

Scott explained: ‘You’re always at the behest of someone else [in the entertainment industry]. I just felt that people who control their own destinies seemed a lot mot content with their lives.’ 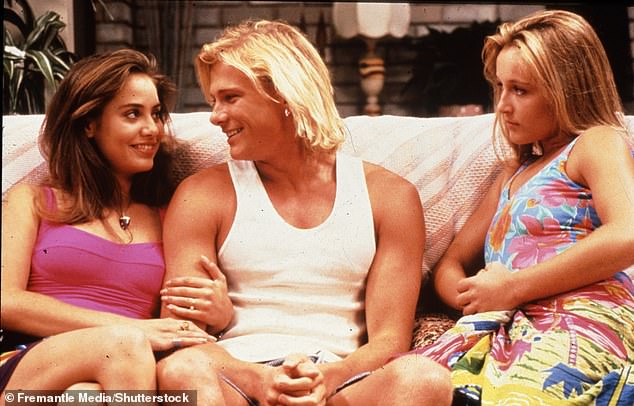 ‘You’re always at the behest of someone else [in the entertainment industry]’: The Logie-nominated star left acting to focus on business pursuits that he believed would be more beneficial long-term. Pictured with Neighbours on-screen love interest Natalie Imbruglia (left) 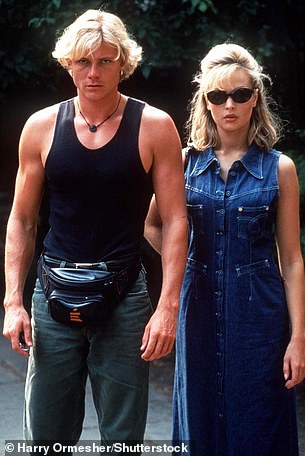 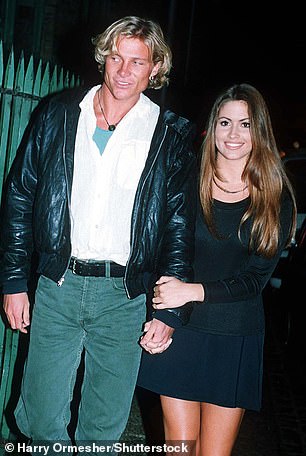 Celebrity agent: Over the years Scott signed a few aspiring models and actresses that went on to become his real-life love interests – including Neighbours stars Kimberley Davies (left) and Nicola Charles (right)

After being managed by top-level agents, Scott tried his hand at becoming a talent manager for emerging stars in the late ’90s.

Over the years he signed aspiring models and actresses who went on to become his real-life love interests, including Neighbours stars Kimberley Davies and Nicola Charles.

He helped land her a role on Neighbours in 1999, before guiding her towards a recording career. 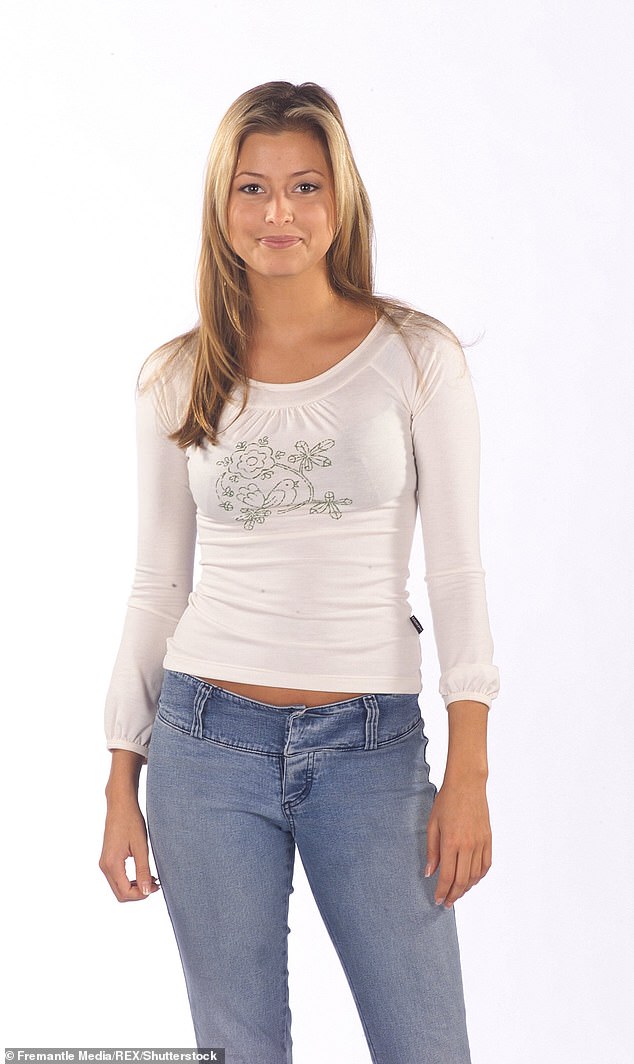 Bitter legal stoush: Scott’s biggest client success was Holly Valance, but in 2003 a NSW court ordered she pa her ex-manager more than $350,000 for breach of contract

When the pair parted was professionally, there were locked in a bitter legal stoush.

In 2003, Holly was forced to hand over more than $350,000 to Scott after a NSW court ordered she pay her ex-manager for breach of contract.

The then 20-year-old chart-topper dumped Scott 15 months before the expiry of their three-year deal, claiming he was not qualified to handle her rising fame. 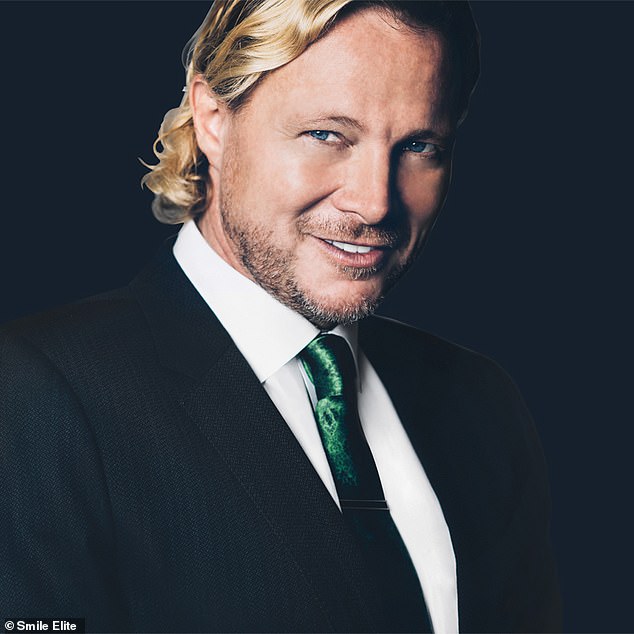 Where is he NOW? While Scott no longer manages celebrity talent, he is now managing top real estate agents with business Smile Elite

According to Scott’s Linkedin, he has also previously co-owned a pub in St Kilda, opened Melbourne’s first solarium tanning salon, and developed a skincare range that was awarded the Skincare Brand of the Year by the APAA in 2009.

The former Shortland Street star also told the publication he still tries to surf when he can and has coached soccer and AFL since his time on TV soaps. 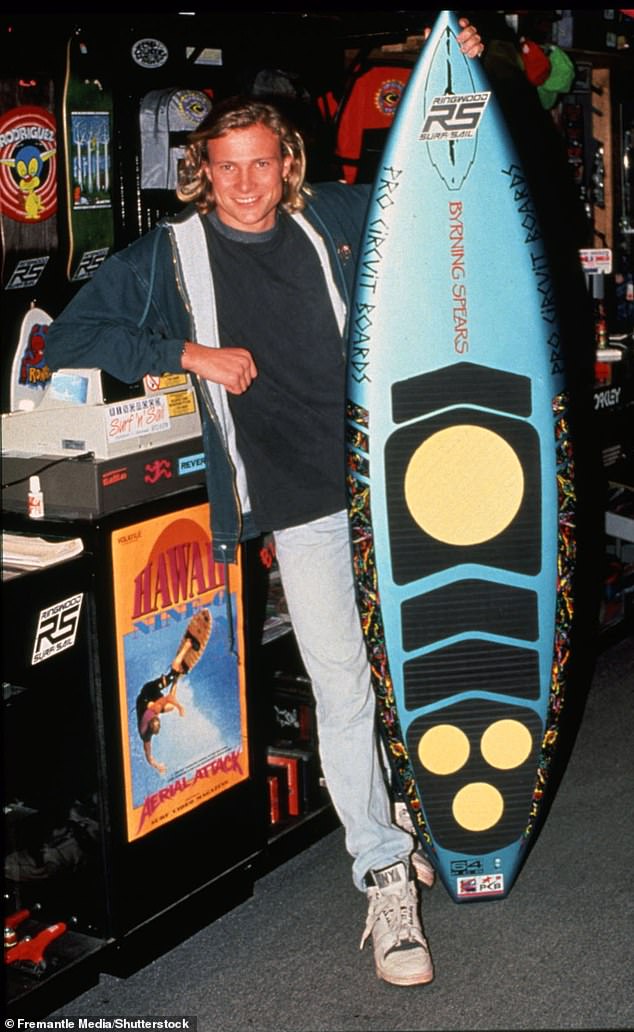 Sporty: The former Shortland Street star also told the publication he still tries to surf when he can and has coached soccer and AFL since his time on TV soaps.