Oprah Winfrey gave viewers her best Australian accent during her only TV interview Down Under for her brand new series with Prince Harry on Apple TV+.

‘Great to see you mate, good to see you my favourite Aussie mate,’ the 67-year-old American TV host said on Weekend Today, on Saturday.

During the chat she discussed The Me You Can’t See, her series on mental health and emotional well-being which she collaborated on with the former senior royal.

Giving it a go! Oprah Winfrey gave the Australian accent a crack on Weekend Today on Saturday during an interview. ‘Great to see you mate, good to see you my favourite Aussie mate,’ the 67-year-old American TV host said

In the conversation, Oprah spoke about the role of technology in connecting people with each other during the pandemic and how technology helped make the series.

She said: ‘Zoom saved us… Technology has allowed to us remain at least in sync with one another.’ 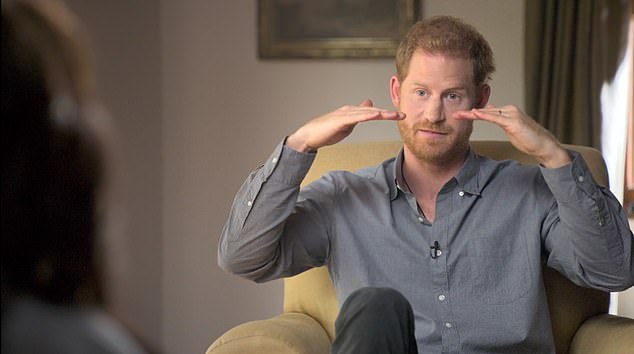 Breaking down barriers: Oprah new Apple TV+ series, The Me You Can’t See, explores mental health and emotional well-being. She collaborated with Prince Harry who discussed in upbringing and mental health struggles

Elsewhere, Oprah was praised the global production team that helped bring the series together amidst the pandemic.

‘There’s a whole team, Harpo, Radical, all of us, working together, crews around the world who had to stop in the middle of filming because of Covid, and not being allowed into certain countries,’ she said.

‘The series would’ve been out a year ago, had it not been for Covid,’ she added. 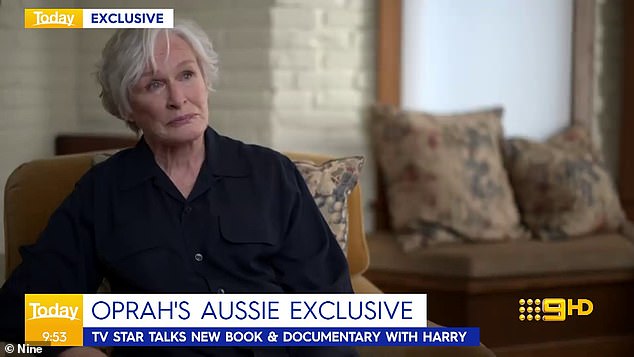 Vulnerable: Oprah praised the global production team that helped bring the series together amidst the pandemic. She praised the team for capturing ‘the conversations and vulnerability that all of our participants,’ including that of actress Glenn Close and her family

‘The nature of these interviews and the conversations and vulnerability that all of our participants – whether it be Glenn Close and her family, or (Lady) Gaga, those are people you know, or all the people whose names you didn’t know – the nature of being cinéma vérité  in their space was very important,’ Oprah explained.

‘If you see somebody on camera, that’s because a camera is front of them,’ she added.

The Me You Can’t See will be available to stream on Apple TV+.

Kylie Jenner & Travis Scott Are Back Together