She has been blissfully bonding with her baby boy Sylvester ever since his arrival in March 2021.

But Emily Ratajkowski enjoyed some well-deserved parents-only time as she stepped out in New York City with her husband Sebastian Bear-McClard on Tuesday.

The model, 29, and her spouse, 34, were spotted taking a leisurely stroll through the bustling Big Apple without their nearly three-month-old son.

Take five! Emily Ratajkowski enjoyed some well-deserved time parents-only time as she stepped out in New York City with her husband Sebastian Bear-McClard on Tuesday

Emily wowed in a moss green sweatshirt and matching skirt that put her envy-inducing legs on full display.

She propped on a brown Online Ceramics hat over her flowing brunette tresses and a pair of stylish shades over her mesmerizing brown eyes.

Now that mask restrictions have loosened, the actress opted to showcase her naturally beautiful complexion for all to see.

She strode comfortably and fashionably down the street in a pair of pristine white trainers. 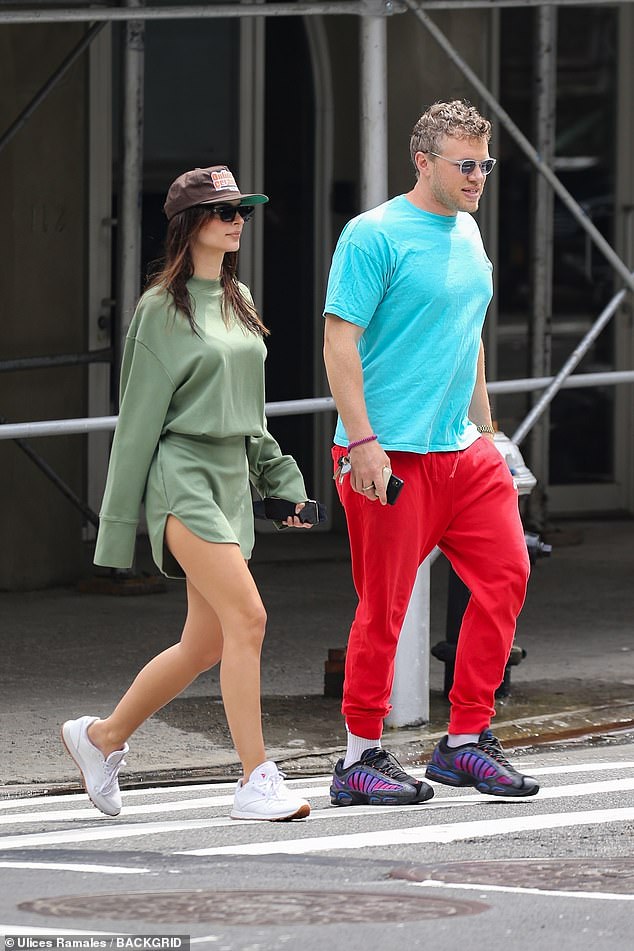 Walk this way! Emily put her fabulous legs on display in a moss green mini skirt 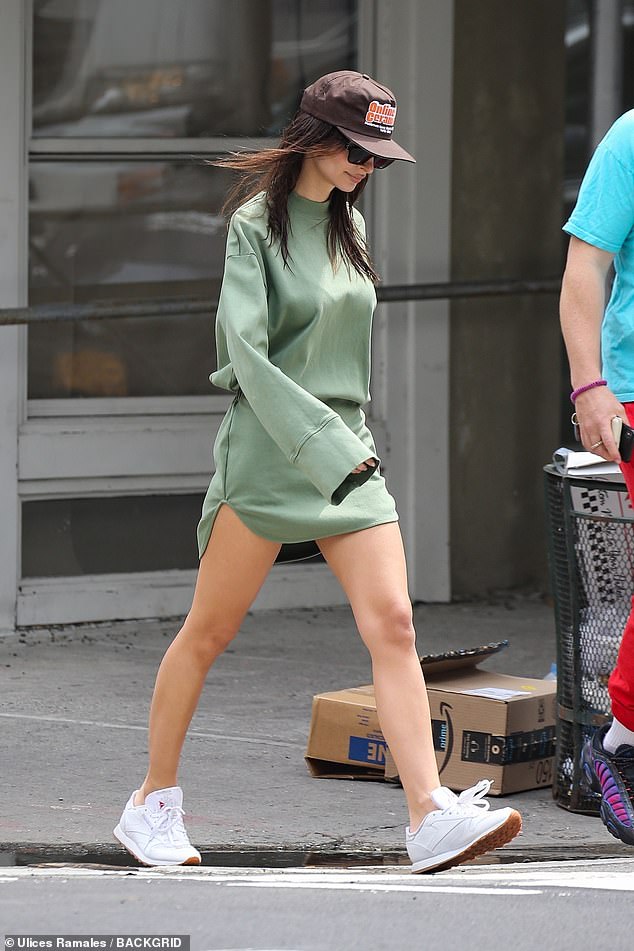 Emily is often pictured out with her newborn son, but this time the Gone, Girl actress enjoyed a bit of ‘me time’ alongside her husband.

The couple welcomed baby Sylvester on March 8, and the actress announced his arrival with a sweet snap of herself doting on the newborn.

Turning heads! No doubt Emily captured plenty of attention in her leggy look 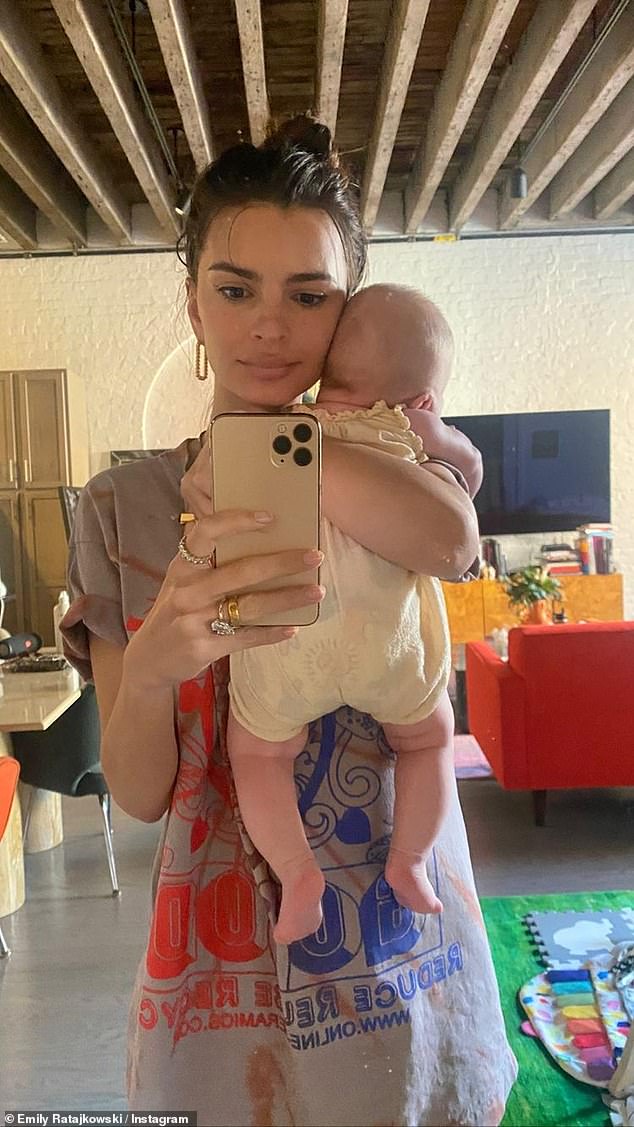 Bundle of joy: Ratajkowski has been showering her Instagram account with images of the newest member of her family 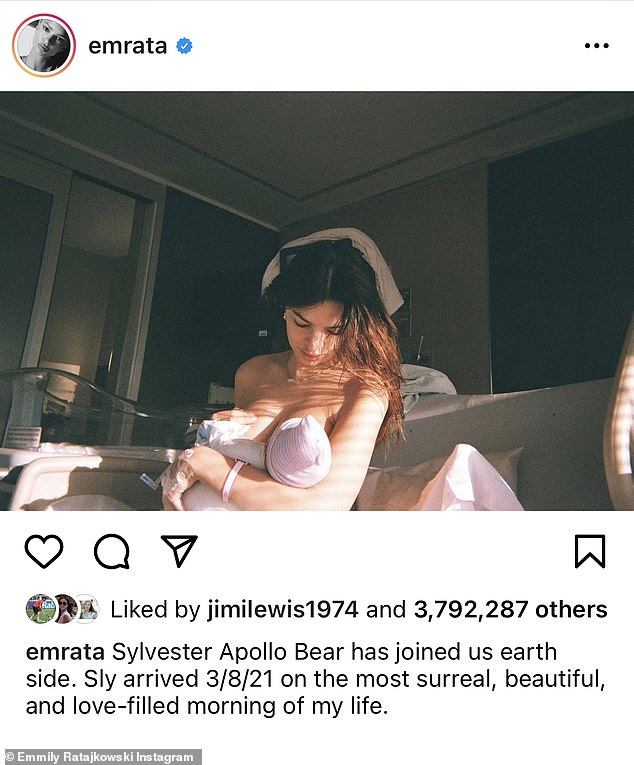 ‘Sylvester Apollo Bear has joined us earth side. Sly arrived 3/8/21 on the most surreal, beautiful, and love-filled morning of my life,’ she captioned the image.

‘In between pushes/first moments with Sly. Life!,’ she captioned a series of prints posted last month.

Emily first found fame as a music video vixen in Robin Thicke’s Blurred Lines and went on to work alongside Ben Affleck in Gone Girl, followed by a stint in Entourage and a part in Amy Schumer’s I Feel Pretty. 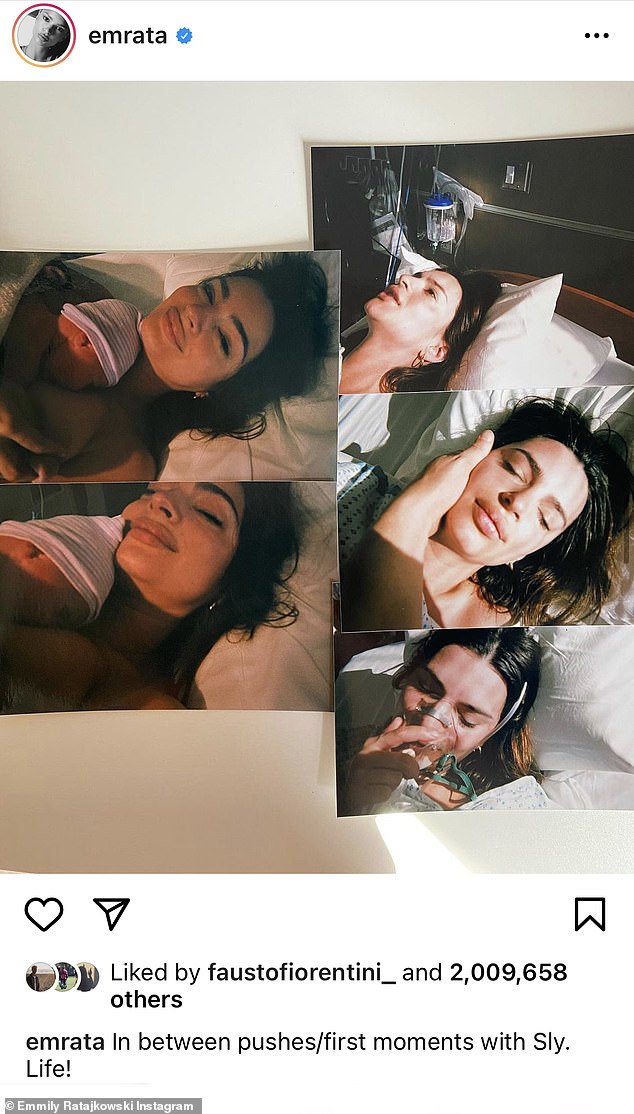 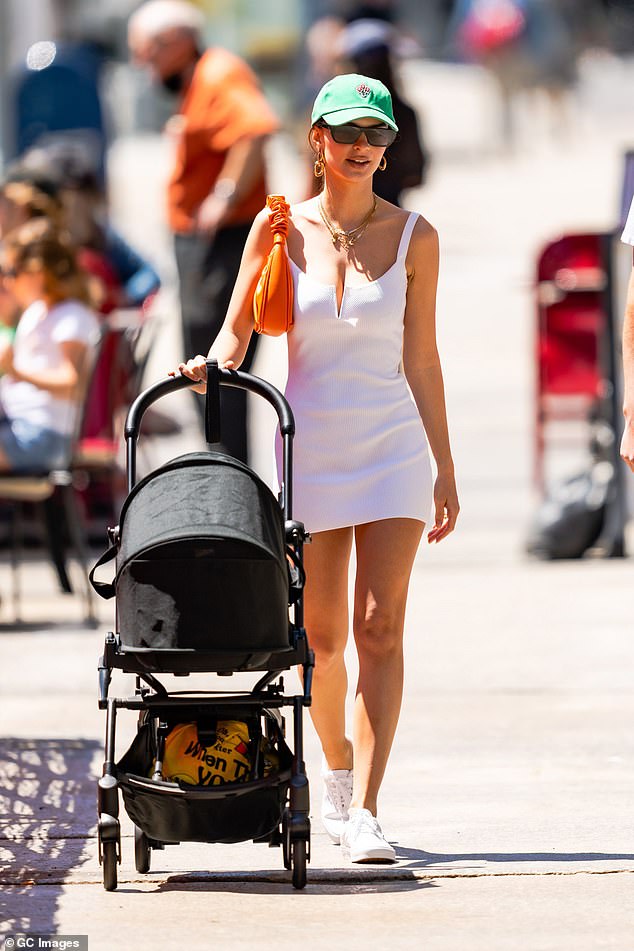 Motherhood: The star is often seen with her son in the Big Apple

Akon Will Not Press Charges Against Car Thieves!!