She is usually glammed up within an inch of her life.

But just like most Melburnians, Nadia Bartel is back to rocking tracksuits and no makeup amid the city’s fourth strict lockdown.

The former WAG and fashion designer revealed her dishevelled lockdown look on Tuesday, admitting that she hadn’t brushed her hair.

Makeup free, the 35-year-old took a mirror selfie to promote her new range of Henne sweats.

The mother-of-two showed off her slender figure in a pair of graphite track pants and a matching jumper.

Later she posed in her car while wearing a mask and said she ‘was no longer brushing her hair’. 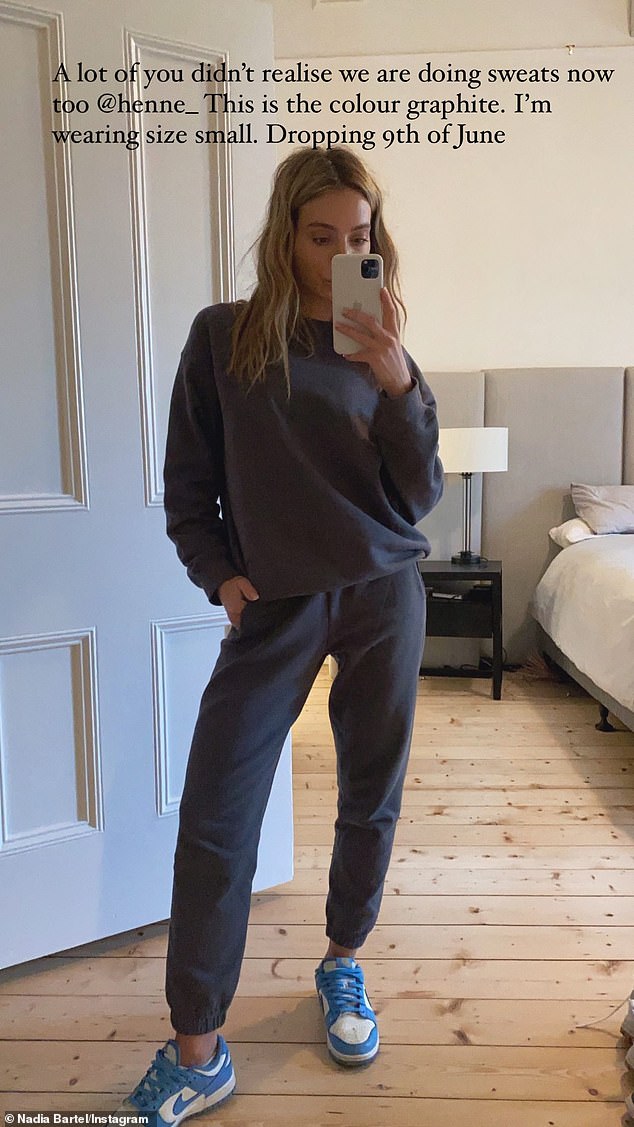 The Geelong great, 37, appeared rather stony-faced as he took his dog for a walk in Melbourne amid the city’s fourth lockdown.

Clad in a black tracksuit and matching face mask, the father of two stared pensively into the distance as he meandered down the footpath, perhaps lost in thoughts about his former life as a married man.

Once considered a golden couple of footy, the Bartels married in February 2014 in a lavish ceremony on the Bellarine Peninsula, before welcoming two children together.

The pair, who share custody of sons Aston, five, and Henley, two, announced their separation in August 2019 but are believed to have split two months prior.

Nadia has was linked to personal trainer Nathan Brodie last year, but it’s unclear if they are still together.

She reposted an inspirational quote, which read: ‘Think less about past and future because your life only happens in the present.’

‘The past already happened. The future has not yet happened. All we have is the present,’ it continued.