By Heidi Parker For Dailymail.com

It looks as if this couple has hit a rough patch.

This week Sammi ‘Sweetheart’ Giancola of the TV series Jersey Shore and her fiancé Christan Biscardi stopped following each other on Instagram and also deleted old photos where they were together.

This comes after the pair – who have been together since 2017 – had postponed their wedding in September 2020 which they said was due to lockdown from the coronavirus.

Postponed: Ex-Jersey Shore star Sammi ‘Sweetheart’ Giancola and her fiancé Christan Biscardi have stopped following each other on Instagram

Before that they were set to wed in April 2020, but moved the date to September.

Biscardi, 31, and Giancola announced their engagement in March 2019.

From 2009 until 2012 she had romanced her Jersey Shore co-star Ronnie Ortiz-Magro. Their highs and lows were shared on their MTV show. Ronnie moved on to Jen Harley (from 2017 to 2018) and then in 2020 started seeing Saffire Matos. 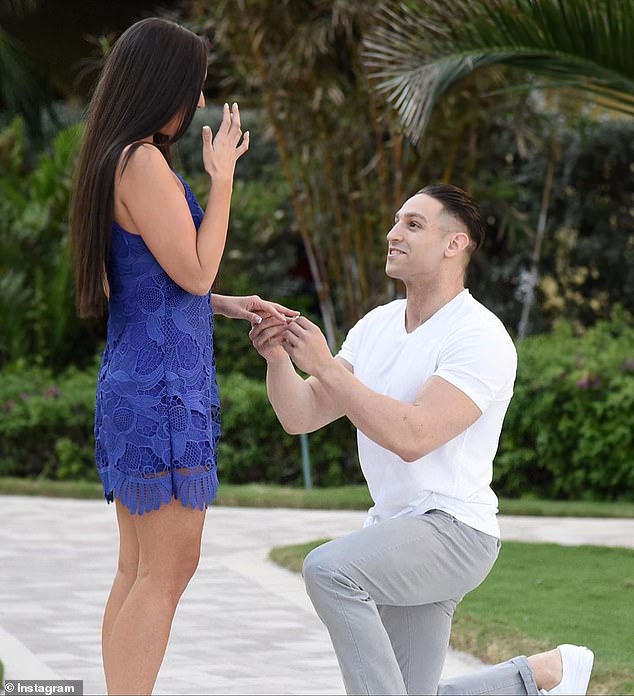 On one knee: The pair got engaged in March 2019, announcing the news on Instagram on their respective accounts

Giancola, 34, has largely stepped out of the limelight since appearing on the controversy-courting Jersey Shore.

The pair got engaged in March 2019, announcing the news on Instagram on their respective accounts.

On March 5 of last year, Christian posted a snap of him on one knee in front of his beloved bride-to-be, captioning the romantic image, ‘I am beyond excited to get to marry my best friend! Here’s to the future Mr. & Mrs. Biscardi’.

Sammi posted in kind, writing next to the same image, ‘Yesterday was the best day of my life! I get to marry my other half, best friend and soulmate. ❤️ I look forward to spending the rest of my life with you @_biscardi’. 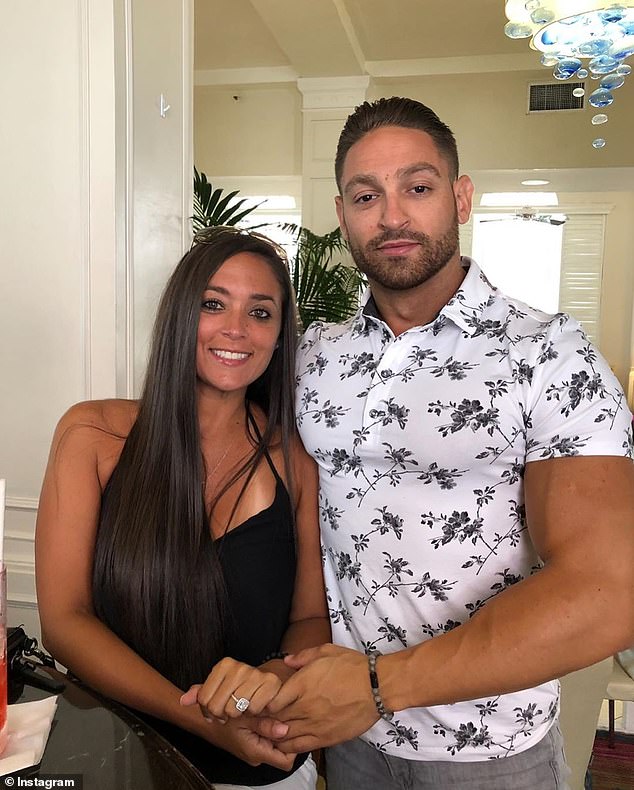 Showing off her bling: Giancola has been with Biscardi since 2017

Sammi’s former costars made sure to congratulate her, and most significant among the well-wishers was ex-boyfriend Ronnie, who has admitted to not totally being over her since their on-off relationship finally ended.

Ronnie and Sammi, who met when they joined the cast of Jersey Shore back in 2009, provided the series some of its most tumultuous and dramatic episodes throughout the series run until 2012. 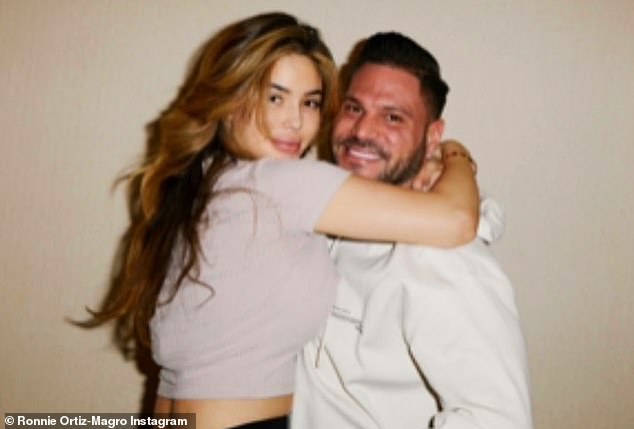 Ex files: Sammi’s former costars made sure to congratulate her upon her engagement last year, and most significant among the well-wishers was ex-boyfriend Ronnie Ortiz-Magro, who has admitted to not totally being over her; here he is seen this week with new love Saffire

After calling it quits with Sammi, who is now a jewelry and accessories designer, Ronnie went on to have a daughter with now-ex Jen Harley –– with whom he’s also had a more-than-tumultuous relationship.

And while Giancola has visibly stayed away from most of her Jersey Shore costars, some of her former beach house roommies are hoping for an invite to her now-rescheduled nuptials –– namely Paul ‘DJ Pauly D’ Delvecchio and Vinny Guadagnino.

‘I don’t think she sent out those invites yet. We’ll see,’ Guadagnino told Us last year,  adding that he hopes to be included in ‘life events and stuff’ of his former housemates. 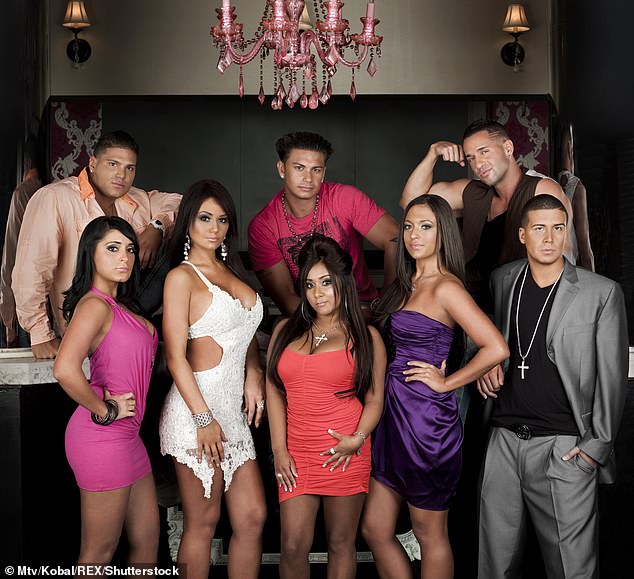