She turned heads with a glam new look when she attended Australian Fashion Week on Monday.

But it was back to reality for Phoebe Burgess on Wednesday as she took her daughter Poppy, three, to school in Bowral.

The mother-of-two went makeup free as she bundled-up in a fleece jumper and a cap while walking hand-in-hand with the youngster.

Back to reality! Former WAG Phoebe Burgess, 32, did the school run with her daughter Poppy on Wednesday after setting tongues wagging with a new look at Australian Fashion Week earlier in the week

The former WAG shared a photo of herself cuddling Poppy and another of her lookalike daughter skipping to school.

‘You know when your child skips to school you’ve done something right,’ she wrote.

Just hours earlier, Phoebe was sharing links to stories about herself from fashion magazines to her 80,000 followers. 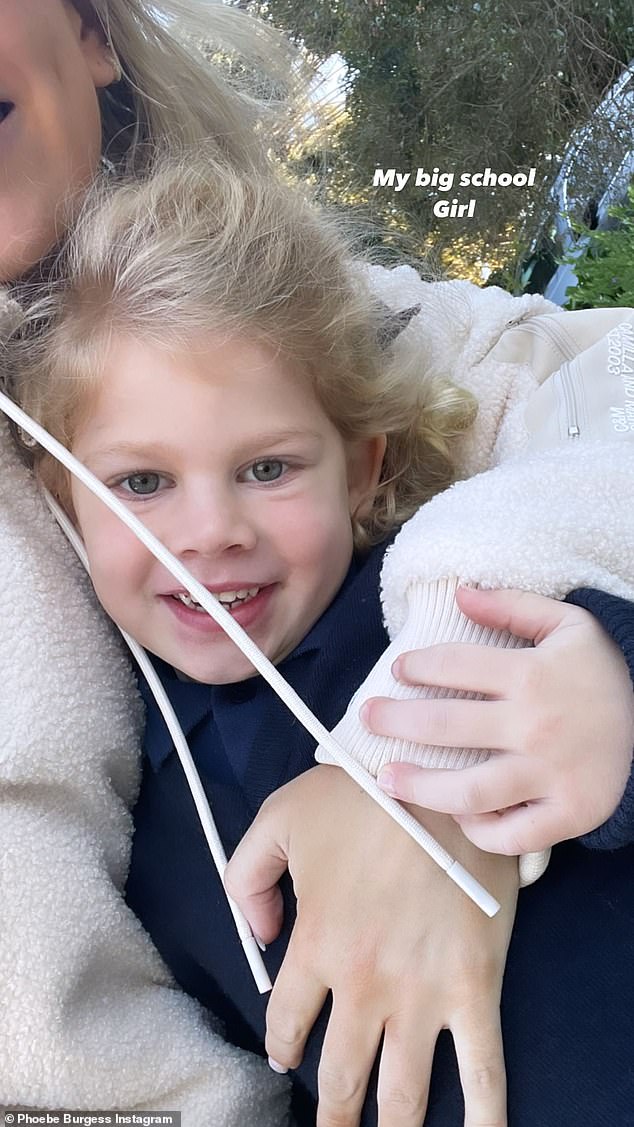 Time for school: The former WAG shared a photo of herself cuddling Poppy and another of her lookalike daughter skipping to school

She appeared pleased with the coverage and also tagged herself in professional photos from the event.

Phoebe set tongues-wagging at the event with her rather different look, as she was sporting fuller cheeks and a more luscious pout than usual. 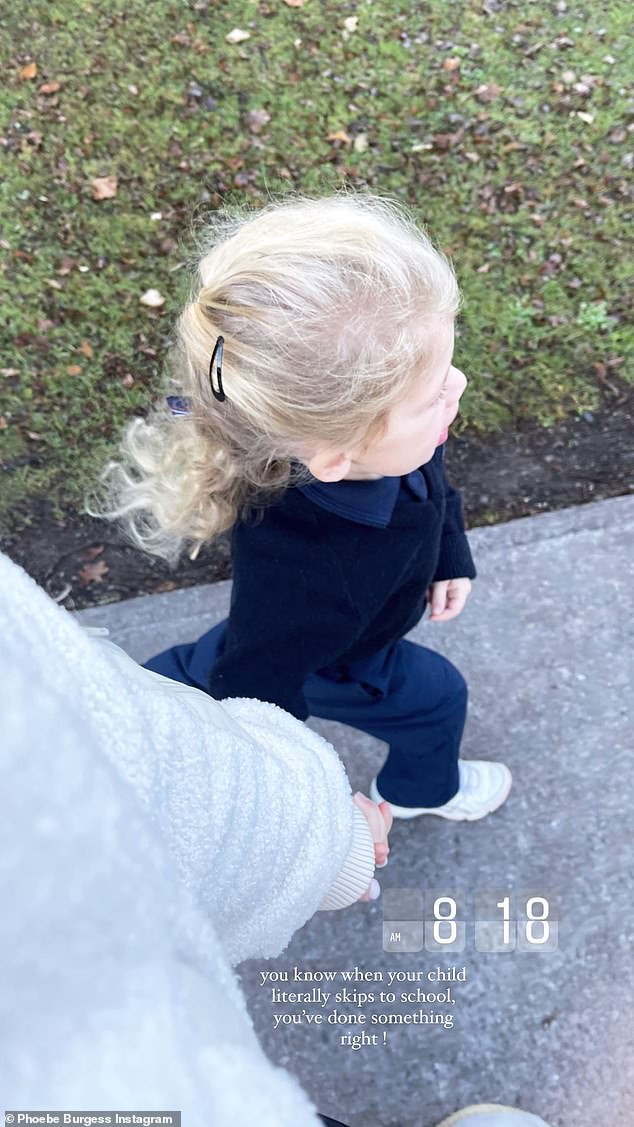 Excited: ‘You know when your child skips to school you’ve done something right,’ Phoebe wrote, showing Poppy skipping on her way to school

She show-stopping leather coat in a retro, 1970s-inspired cut and caramel tone  from Camilla and Marc.

She appeared to go topless under the jacket, with a hint of cleavage on display in the deep V-neck. 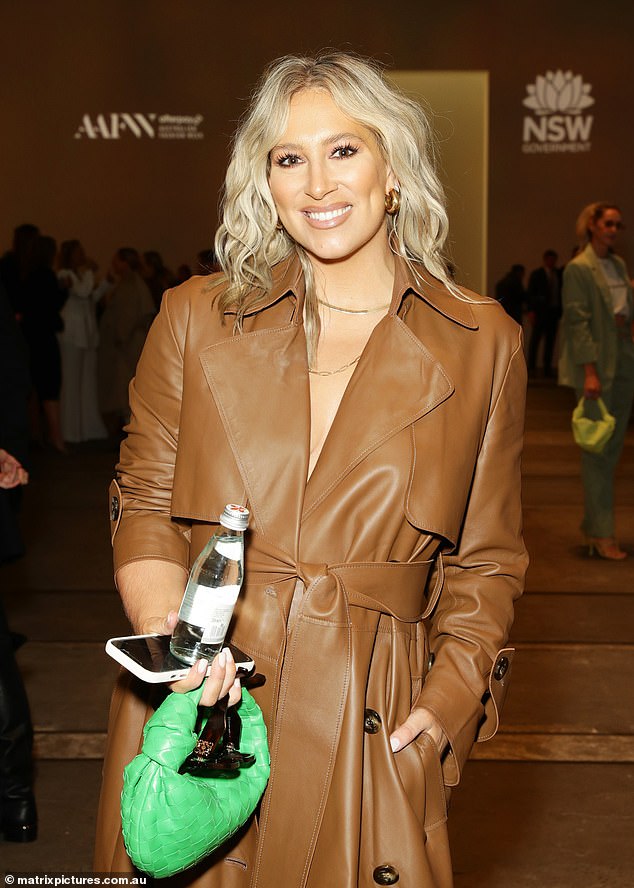 Phoebe added her favourite pair of low-crotch leather trousers worth $1,795 to the ensemble, and wore fine gold necklaces.

Phoebe also had on the matching shoes in the same alluring poison shade – her Bottega Veneta lace-up leather-trimmed mesh pumps, worth $1,290. 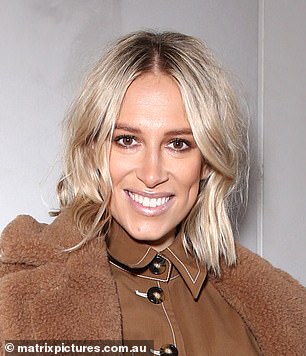 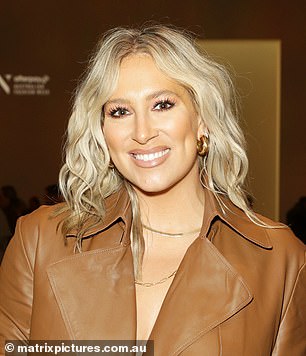 Witness Claims Pop Smoke Was In The Shower During Deadly Home Invasion!!

After her appearance at the annual event, Phoebe shut down cosmetic surgery speculation, telling fans that makeup ‘artistry’ was the real secret behind her new look.

Uploading a selfie to Instagram while sitting in the makeup chair before attending Monday’s fashion shows, Phoebe wrote: ‘No surgery. Just artistry.’

She also made sure to tag her makeup artist, Max May.

In January last year, Phoebe denied that she had any cosmetic work done.

She uploaded a selfie to Instagram at the time, with the caption: ‘A few questions about what I have ‘done’.’

Phoebe went on to clarify that she hasn’t had anything ‘done’ in terms of surgery, but does have a beauty regimen that keeps her looking fresh and youthful.

‘I’m extremely low maintenance, tidy up around the brow, tint, done,’ she wrote.

A new woman: Phoebe is pictured left, on the red carpet in 2016, and right, on Monday