Dr Alex George wants NHS staff to be rewarded for their efforts during the Covid-19 pandemic by being given spots on the new series of Love Island.

The A&E doctor, 30, told MailOnline he hopes ITV bosses accurately reflect on the past year within the new cast of Islanders and he’ll be happy to see a medical professional follow in his footsteps.

In an exclusive interview Alex, who starred on the dating show in 2018, said he’s even ready to pass on the baton to a fresh recruit because he feels ‘old’ after turning 30.

‘I will be glad to see a doctor on the show’: Dr Alex George wants NHS staff to be rewarded for their efforts during the pandemic by being given spots on the new series of Love Island

He told MailOnline: ‘It makes sense. ITV know for the past year there’s been so much focus on the NHS and it’s good to actually represent that in the cast.

‘It’ll be good to see some representatives from the NHS there. I will be glad to see a doctor on the show or a nurse or someone within the healthcare system to represent every angle of society. I’m hoping they’ll have diversity both in body and background.

‘It could be argued in the past that there were very similar people on the show. If you look at some of the popular characters over the years, the people that have not been the typical contestants you expect on the show, Camilla Thurlow for example, great character and from a very different background and that’s what they should do, they should represent that.’

A new doctor on Love Island potentially taking over his title doesn’t bother Alex, who was appointed young mental health ambassador by Boris Johnson in February. 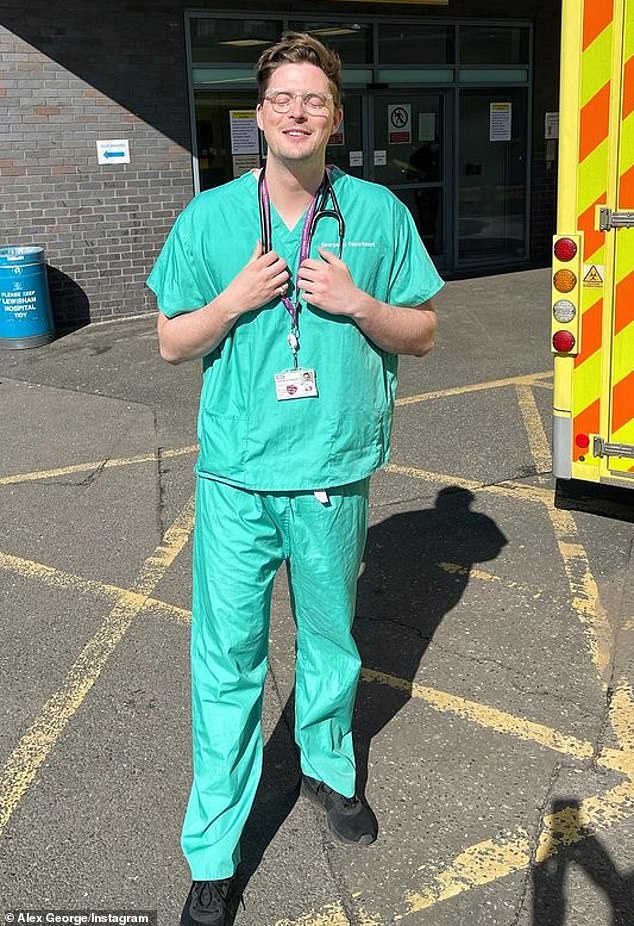 ‘I’m hoping they’ll have diversity’: The A&E doctor hopes ITV bosses accurately reflect on the past year within the new cast and he’ll be happy to see a medic follow in his footsteps

He admitted: ‘I’m old now, I’m 30, and so I have to move on. It’s time for someone else to be in that space. I have no worries about that and believe it’s good to have that representation in society.’

NHS doctor Toluwa Adepeju is rumoured to be taking part in the upcoming series, which is set to launch in Majorca on June 28.

Dr Alex warned thorough testing will need to be implemented to ensure none of the contestants catch the virus and the villa remains a safe ‘bubble.’

He said: ‘As long as they have really clear structures and planning for how they’re going to mitigate risk then that’s okay.

‘We have to at some point go back to normality and we’re all desperate to see normal things happening again – not to say Love Island is the defining thing but it is apart of people’s summers now.’ 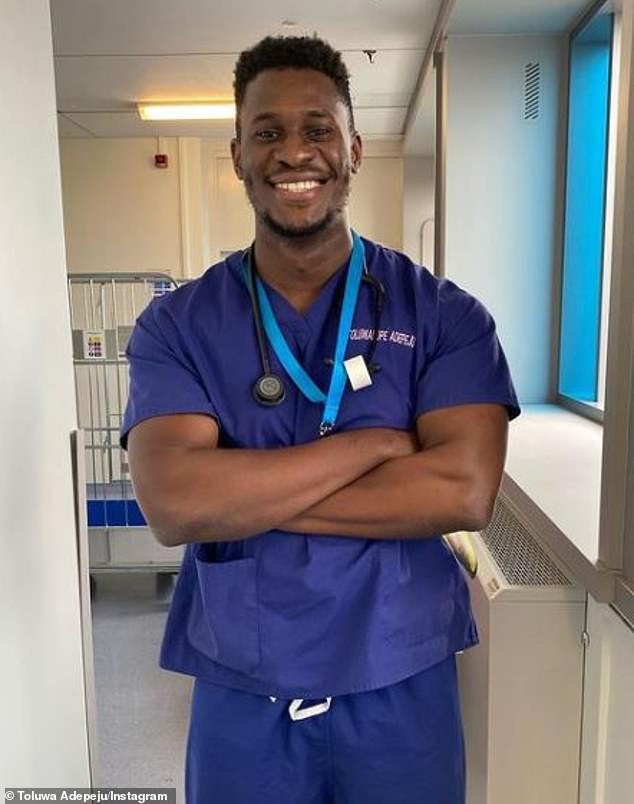 ‘It’s time for someone else to be in that space’: NHS doctor Toluwa Adepeju is rumoured to be taking part in the upcoming series, which is set to launch in Majorca on June 28 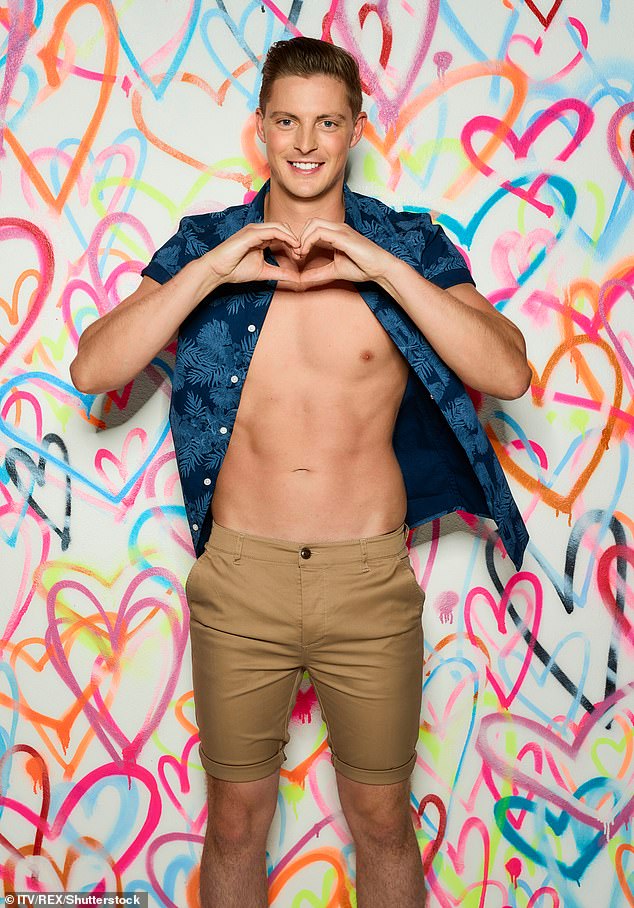 ‘I have to move on’: Alex, who starred on the dating show in 2018, said he’s even ready to pass on the baton to a fresh recruit after admitting he feels ‘old’ after turning 30 (pictured in 2018)

Close contact between Islanders and the chance of intimate nights in The Hideaway could be under threat to prevent the spread of the virus.

But Alex believes kissing on the show should not be banned if stars have been vaccinated and are regularly tested by Love Island producers.

He said: ‘I don’t know what they’re doing about that but it’s a very good question about close contact. The main thing is preventing the virus.

‘If you’ve got a closed circle, as the villa would be, it’s preventing – hopefully they’ll have people vaccinated. They should be doing regular testing and interval testing, both of the contestants coming in and the people in there. It’s preventing it coming into that circle.

‘If you’ve got a closed circle, a bubble, you’d hypnosis that would make it a lot safer but I’m sure this is something they’ve had to look into but I don’t actually know what they’ve done so far.’ 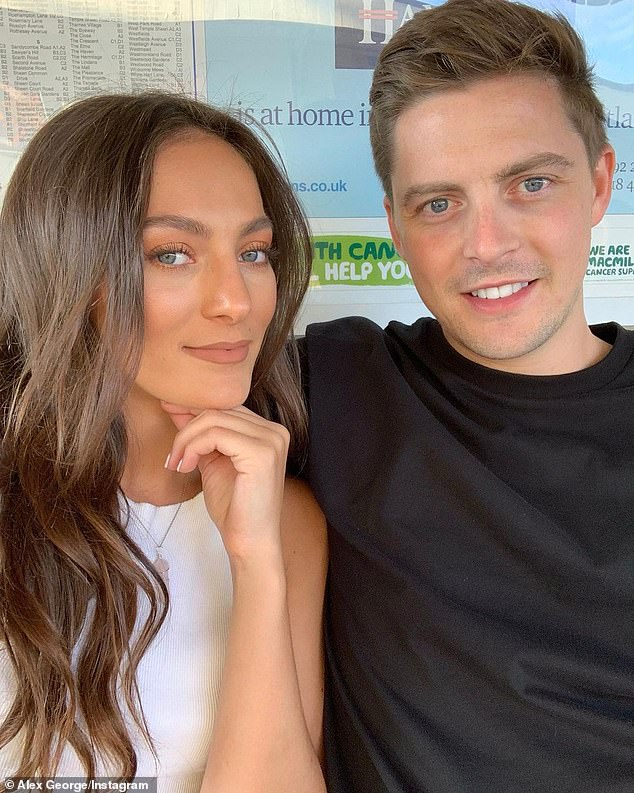 ‘I have to trust people’: Alex split from Amelia Bath (pictured) last July and while he refused to comment on his current relationship status, he admitted dating in the pandemic was ‘hard’

In July last year, Alex split from girlfriend Amelia Bath, and while he refused to confirm his current relationship status, he admitted dating during the pandemic was ‘hard.’

The star, who recently spoke on the Locker podcast with Army Sergeant Major Gavin Paton, said: ‘I’m not going to comment on my love life. The whole last year was very different clearly.

‘Being well known does change things but I don’t use any dating apps, it has to be quite organic, and I have to trust people.

‘I have quite a close circle that I trust but it’s fine. I was in a relationship up until the middle of last summer and bearing in the mind the pandemic, it’s been hard to meet someone.’

The mental health ambassador suffered the devastating loss of his younger brother, Llŷr, who died from suicide aged 19 last summer. 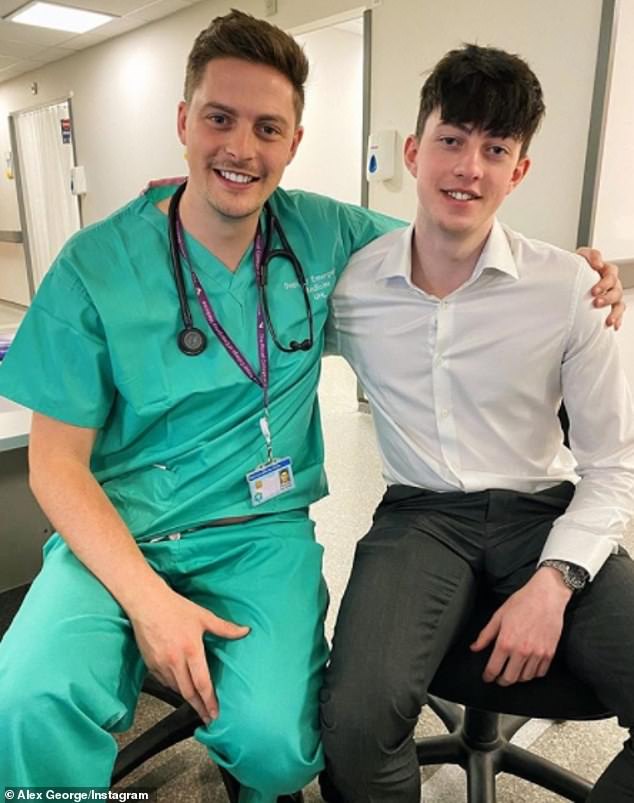 ‘It’s been a difficult time’: Alex suffered the devastating loss of his younger brother, Llŷr (pictured), who died from suicide aged 19 and described grieving as an ‘ongoing process’

Since his tragic passing, Alex has been supported by close friends and said his family’s new dog, Paddington, helped to bring some happiness back to their lives.

He also took a much-needed month-long break from A&E after working nonstop during the pandemic and on the release of his book Live Well Every Day.

Alex said: ‘It’s an ongoing process. It’s been a difficult time; you don’t just get over grieving. It’s a long process but the family is doing okay.

Raz B Denies Ex-Gf’s Abuse Allegations Against Him!!

‘Having a puppy has brought joy. It’s about putting your energies into things and my mum is working on her own mental health stuff and I’m working on a new campaign, the book has been a huge focus and I have great family and friends around me to support me.

‘I have taken a bit of time out of A&E, it’s actually been a month because I was working so flat over the pandemic, and I didn’t take any time off.

‘I’ve had some time out but I’m going back next week and it will be quite good to get some shifts under my belt again. It was good to have a breather because it’s full on in there so it’s important to take some time.’ 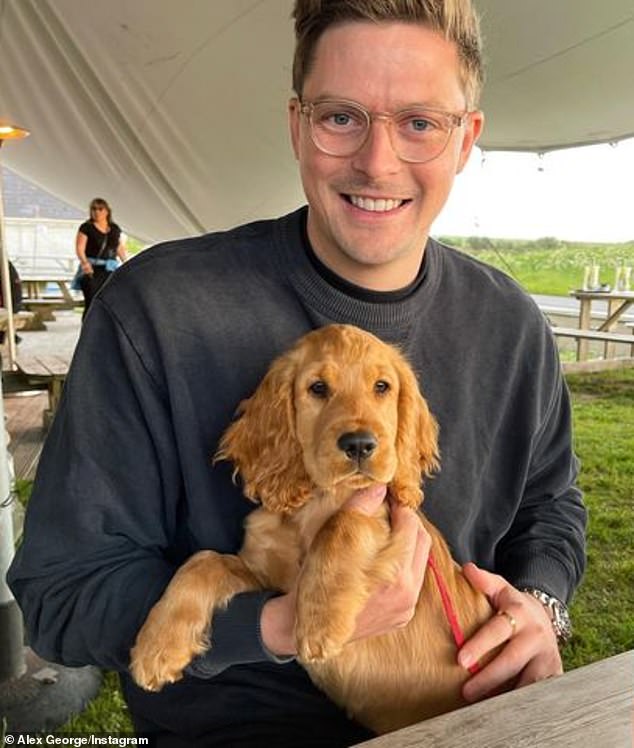 Companion: Since his tragic passing, Alex has been supported by close friends and said his family’s new dog, Paddington, helped to bring some happiness back to their lives

Alex is working with California Almonds who have conducted research to raise awareness of heart health in millennial men.

The Almond Board of California have discovered that 68 per cent of millennial men are ‘unconcerned’ about developing a heart condition in the future while 61 per cent care more about heartbreak than their overall heart health.

The consumer survey, which was conducted in honour of Men’s Health Month this June, showed 54 per cent of men don’t consider heart health to be a risk despite it being the No1 cause of death in the UK.

‘We experience heartbreak, which is very tangible whereas heart health and especially heart disease can be quite silent until it rears its head but we have an opportunity and we know more and more throughout the research that has been done that the things you do even through your teenage years and your 20s does have a big impact on your likelihood of suffering from illness later on in life.

‘When you look at risk factors for cardiovascular disease its obesity, smoking, cholesterol levels, whether you exercise, stress, genetics is in there but most of the risk factors are actually modifiable.

‘We can do things each day that can build up and make a difference in terms of your health and likelihood of suffering heart disease.  The number one cause of death for men in the UK is heart disease and it isn’t just men, women as well, but we’re really trying to reach those target audiences that really aren’t thinking about it as much.

‘It is a worry that we’re not having that focus. A big part of modern life, Zoom calls, it can encourage a sedentary lifestyle and we’re not designed for that.

‘Almonds have done two decades worth of research supporting its impact on cholesterol levels. If you’re feeling a bit peckish, if you have a handful of almonds, it’s really filling and then you feel good because you’ve eaten something healthy.

‘I take almonds and bananas to A&E, otherwise it’s so easy to go to the canteen and have something that isn’t very good. No one is perfect; do I like a takeaway? Yes. Do I like a pint of beer? Yes. But it’s all about having that balance.’