She’s the Australian actress whose appearances in movies such as Hacksaw Ridge and Warm Bodies have made her a household name in Hollywood.

But on Sunday, Teresa Palmer, 35, recalled the moment her former co-star Christian Bale mistook her for a real stripper while they were on-set filming the 2015 flick Knight Of Cups – and had no idea she was an actress until days later.

Discussing the faux pas on Instagram, Teresa shared a picture of herself with the Welsh actor, who she claims was using an American accent when they first met.

Mistaken identity: On Sunday, Teresa Palmer (right) recalled the moment that her former co-star Christian Bale (left) mistook her for a real stripper when working with her on Knight Of Cups in 2012

Teresa, who played a stripper named Karen in the experimental drama film, explained: ‘I figured he was method acting.’

‘Having clocked this I quickly jumped on the bandwagon and made up an elaborate backstory for my character and never actually told him the truth during filming.’

She continued: ‘I remember thinking at the time ‘I guess this is what all the fancy actors do, better up my game!” 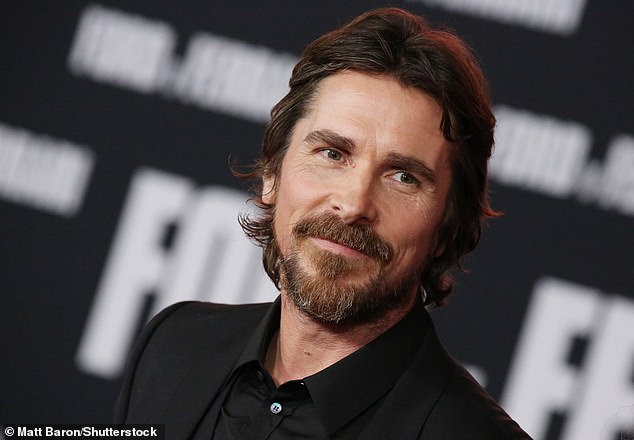 How bizarre! Back in 2015, Christian himself recalled working with Teresa to the Evening Standard – and admitted he had no idea she was a star until ‘about a week after working with her’

Teresa added that she pretended to be ‘Harper from Oregon’ to Christian, adding: ‘She’s the mom of three-year-old Mabel, studies psychology, dances because she loves it and dabbles in acting on the side just for laughs! I like her a lot!’

Back in 2015, Christian similarly recalled working with Teresa to the Evening Standard – and admitted he had no idea she was a movie star until ‘about a week after working with her’.

‘We were filming in a strip club, and Teresa Palmer’s there in her little silver hot pants and I’m asking her how long she’d been dancing for,’ Christian revealed. 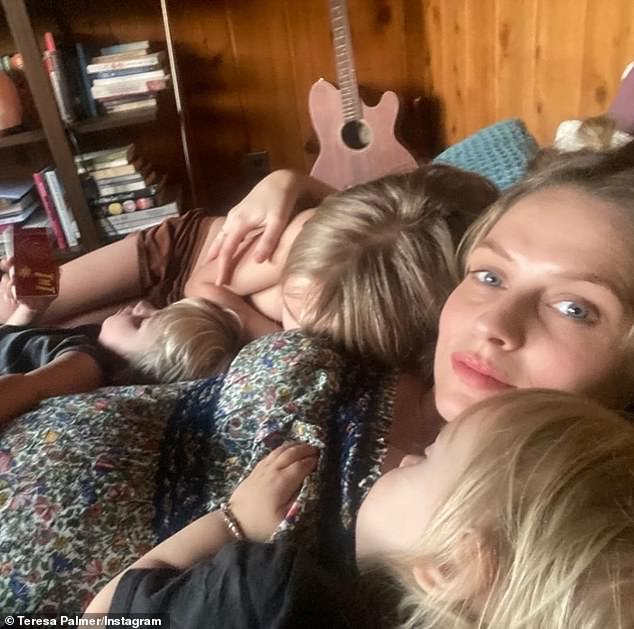 ‘Our newest little love’: Teresa announced on Instagram in February that she’s pregnant with her fourth child

‘I had no idea that she was an actress until about a week after working with her. Suddenly I saw a billboard with her face on it and I went ‘What?”

He said the confusion was thanks to staying away from the Hollywood scene and director Terrence Malick not telling him who was an actor and who was an extra in the film.

Meanwhile, Teresa announced she was pregnant with her fourth child in February.

Alongside a picture with her three children on Instagram, she wrote that she and her American director husband Mark Webber, 40, will be welcoming their ‘newest little love’ soon.

Mark is also father to son, Isaac Love, 13, who he shares with his ex-partner, actress Frankie Shaw. 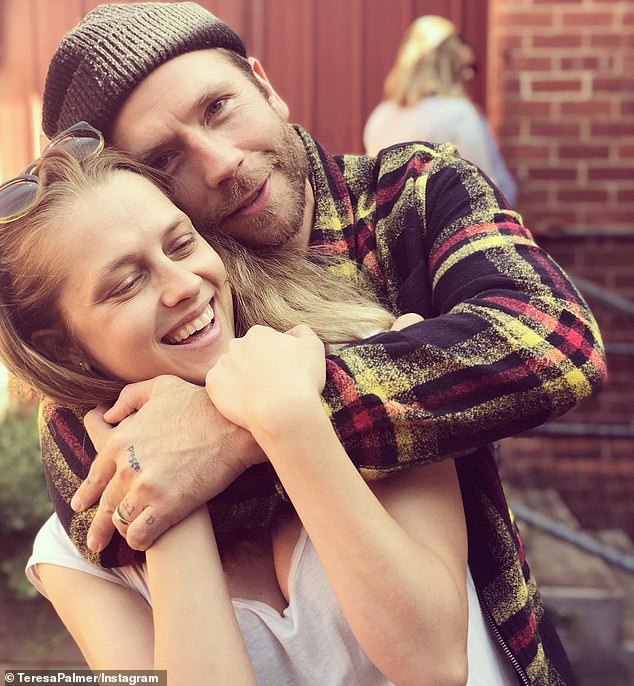