You seem chipper! Cricketer Michael Clarke flashes a knowing smile after denying rumours he’s back together with estranged ex-wife Kyly

He recently denied speculation he has rekindled his relationship with his estranged wife Kyly.

But the 40-year-old cricketer flashed a knowing smile on Monday when he was spotted leaving the gym in Sydney’s eastern suburbs.

Michael, who recently split with ex-girlfriend Pip Edwards, certainly looked to be in high spirits after the workout.

He beamed as he gave the thumbs-up while leaving the venue.

Michael flaunted his fit frame in all-black workout gear, along with a pair of white sneakers and a backpack over his shoulders. 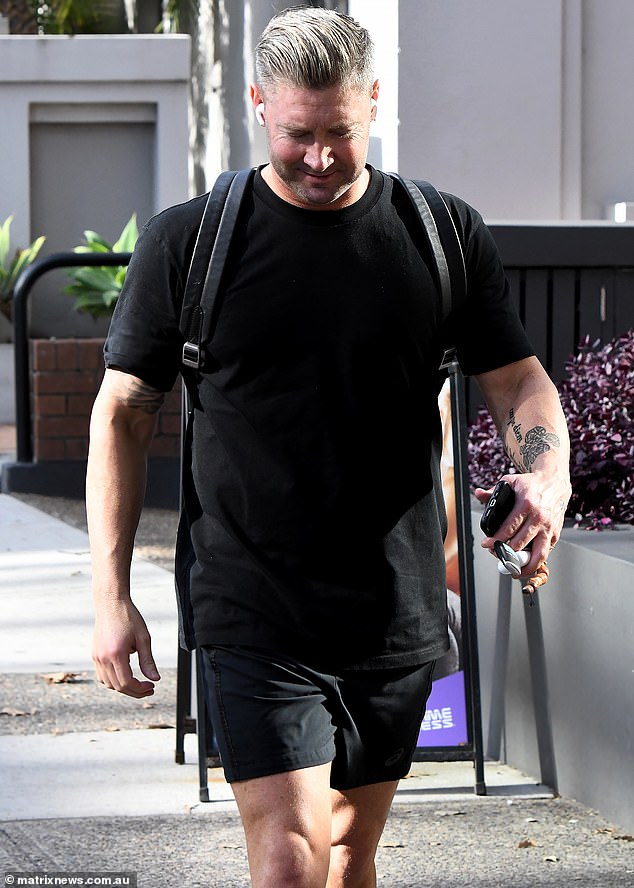 Something to smile about? Michael flaunted his fit frame in all-black workout gear, along with a pair of white sneakers and a backpack over his shoulders

The former Australian cricket captain, 40, shut down speculation he was back with Kyly during an interview on The Kyle and Jackie O Show on Friday.

He said the exes’ seemingly romantic getaway in Palm Beach last weekend was actually just a family trip, and his sister and brother-in-law were also present.

‘Kyly and I have said it from day one, we have such a great friendship, and the fact we can do that for our daughter,’ Michael said. 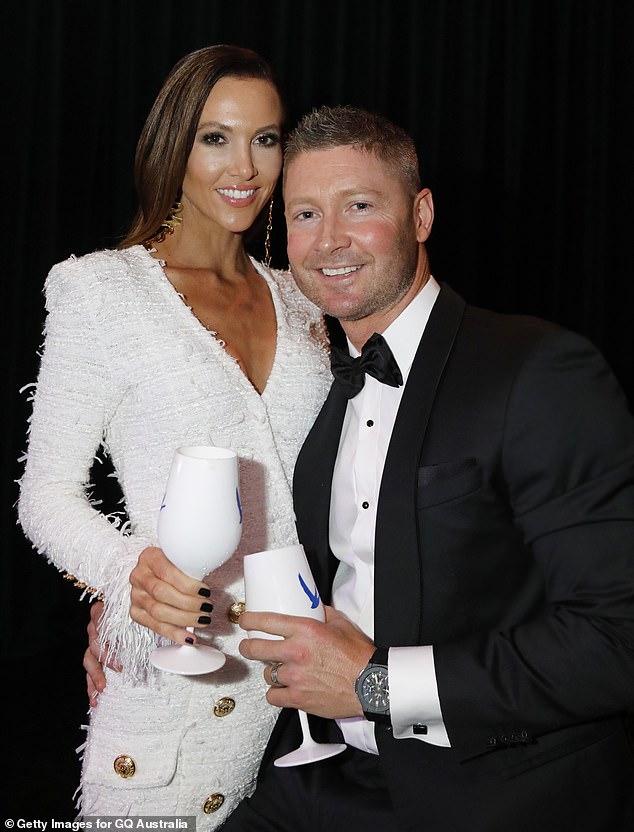 Setting the record straight: Michael downplayed rumours he’s back together with ex-wife Kyly last week, saying the pair are just friendly co-parents and not a couple. Pictured in 2018

‘I don’t think there’d be an ex-husband and wife that aren’t together that wouldn’t do that for their child.’

He continued: ‘Kyly’s such a natural parent. She’s an amazing mum. For me, I’m learning [fatherhood] as I go.’

‘I’ve got 50 per cent custody of my daughter so I love seeing her [and] Kyly and I speak almost every day because I’m asking her for advice.’ 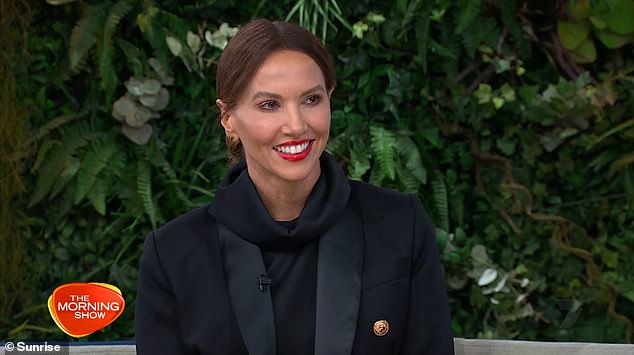 Not what it seems: Speaking on The Kyle and Jackie O Show on Friday, Michael said the pair’s seemingly romantic getaway in Palm Beach last weekend was just a family trip, and his sister and brother-in-law were also present. Pictured: Kyly Clarke

Michael then claimed Daily Mail Australia ‘forgot to ask Kyly or myself’ if they were back together. This isn’t true.

We emailed Ms Clarke’s manager Corey Cooper for comment at 11:30am on Monday, an hour before publishing the photos, and didn’t receive a response.

Kyly also denied rumours she’s back together with her ex-husband Michael, during an interview with The Morning Show on Monday. 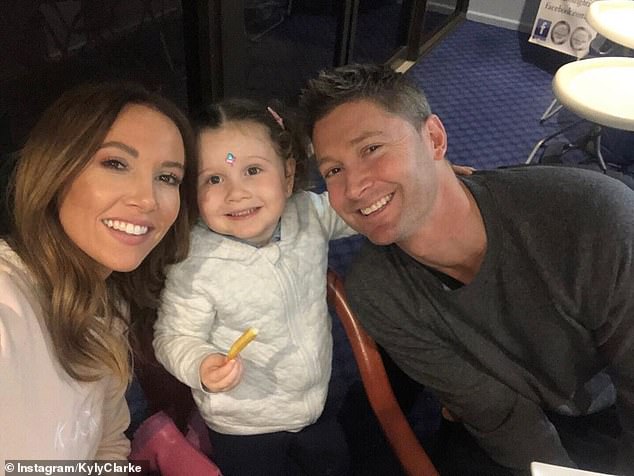 The mother-of-one clarified they haven’t reconciled, but emphasised how committed they are to co-parenting their five-year-old daughter, Kelsey Lee.

Channel Seven host Kylie Gillies asked: ‘Do these reunion headlines just make your eyes roll, or is there something we need to know?’

Ex-girlfriend Pip Edwards seemingly confirmed the relationship at Fashion Week saying she ‘wishes them well’ after being asked about a reconciliation. 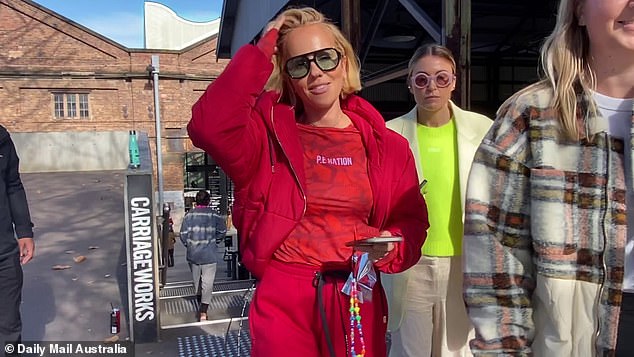 Best wishes: Michael’s comments comes after his ex-girlfriend Pip Edwards seemingly confirmed the Clarkes were back together at Australian Fashion Week on Wednesday