Helena Bonham Carter, 54, and boyfriend Rye Dag Holmboe, 32, enjoy the hot London weather as they step out for an al fresco lunch before browsing antiques

By Andrew Bullock For Mailonline

Helena Bonham Carter took in the glorious June weather on Wednesday in London as she stepped out with her toyboy Rye Dag Holmboe.

The Crown star, 54, and her boyfriend, 32, took a stroll in the sunshine before heading to a bistro for a spot of lunch.

They dined al fresco, basking in the heat in the capital.

Stepping out: Helena Bonham Carter, 54, took in the glorious June weather on Wednesday in Hampstead, London, as she stepped out with her boyfriend Rye Dag Holmboe, 32

Helena wore a brown floral sun dress, with a ruffling at the sleeves and the hem.She added chunky black sandals to the look and wore vintage shades.

Helena kept cool by sweeping her chestnut locks atop her head.

She went make-up free for the outing, but sported a glam red manicure and pedicure. 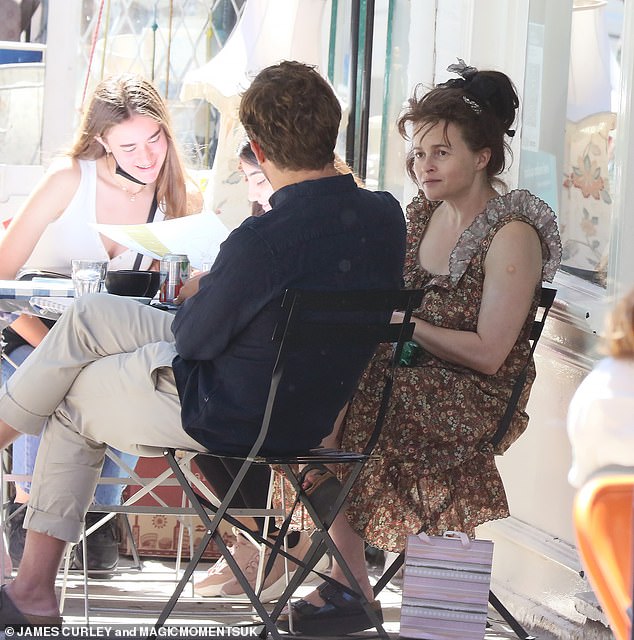 Al fresco: The Crown star and her boyfriend took a stroll in the sunshine before heading to a bistro for a spot of lunch

She took her beau’s arm as they ambled along. He wore a navy shirt and stone slacks, adding flip-flops to the look.

The couple stopped to browse an antique store, with Helena seemingly taken by some of the items.

This comes after Helena gave a rare insight into her split from ex Tim, 62, six years after they announced they went their separate ways. The former couple share daughter Nell, 13. 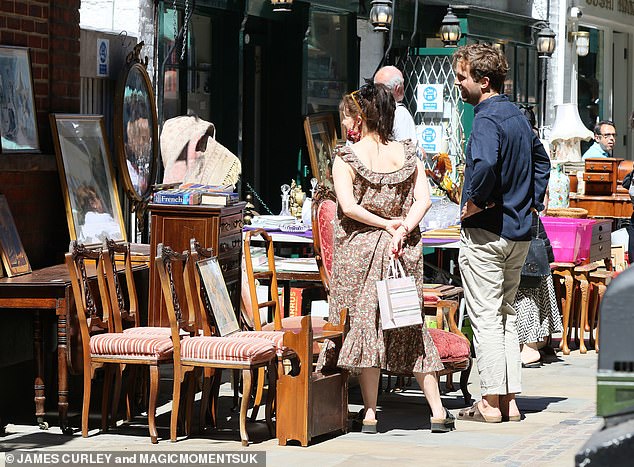 Antique hunt: The couple stopped to browse an antique store 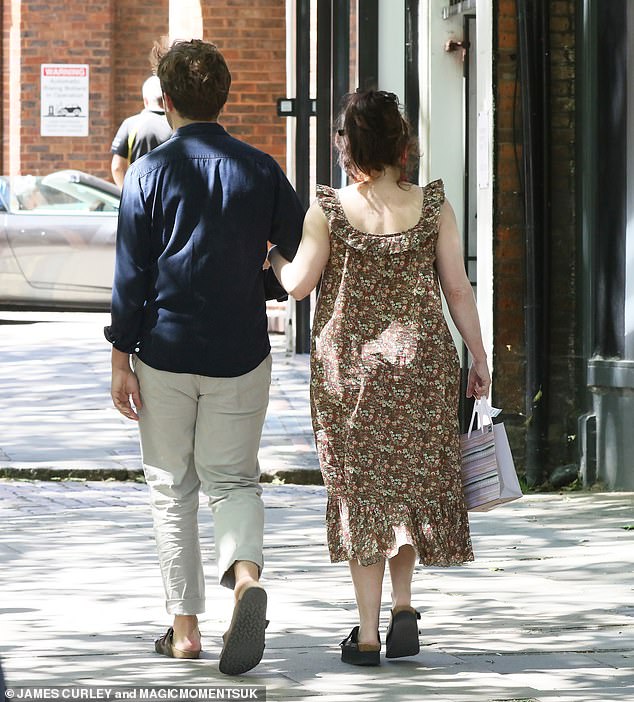 Stroll: Helena took Rye’s arm as they ambled through the streets

The Crown actress hinted while she was ‘reluctant’ to end their relationship, she added: ‘Some are parts of divorce are recommended.’

During the interview with the Guardian in November, Helena also opened up about how she met her current partner Rye at a wedding two years ago.

The film star admitted it has taken a while for her family to ‘adjust’ and said that things were ‘really very good now’, after initially struggling with not having her two children, Billy and Nell, around all of the time.

Detailing her experience, Helena revealed: ‘The cruelty of divorce is extraordinary. But then you get to a point where you’re like, “Oh, I get this week off!” Some parts are very much to be recommended.’ 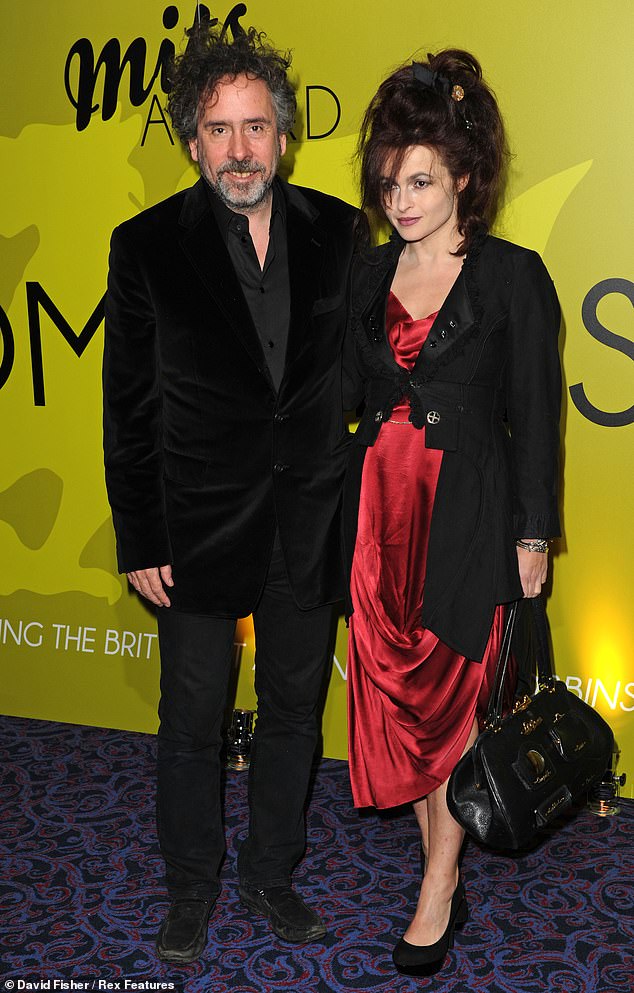 This Rapper’s Performance Will Have The Voice Fans Howling 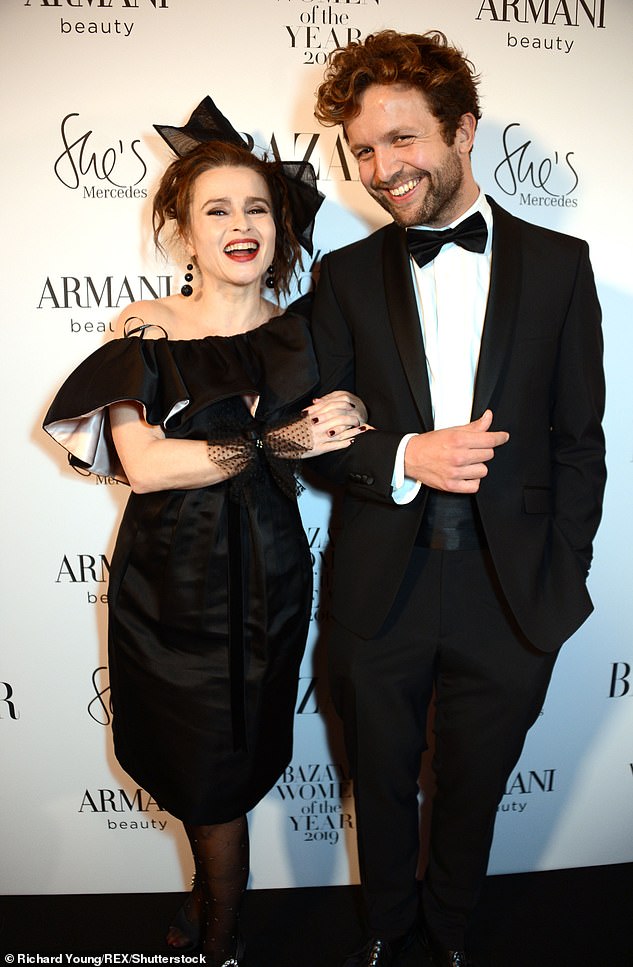 Candid: It comes after Helena gave a rare insight into her split from ex Tim as well as opening up about how she met her current partner, Rye Dag Holmboe, 32 (pictured in 2019)

Helena also revealed that she believes The Crown’s creator, Peter Morgan, asked her to play Princess Margaret because she was able to relate to her very public break-up.

While Helena insisted she wasn’t able to reveal why she and Tim went their separate ways, she did say: ‘I didn’t leave, put it that way’.

Since the split Helena has been dating ‘magic’ boyfriend Rye.

Explaining how they met, she said: ‘A totally random thing, which both of us nearly didn’t go to, so it was one of those moments that was so chance and ended up determining so much. A really happy accident, and it’s an amazing thing.’