NBC has halted production on its upcoming show Ultimate Slip ‘N Slide after a diarrhea outbreak among multiple members of the crew.

The shutdown is indefinite according to The Wrap which reported that the illness may have affected as many as 40 people who worked on the program.

Crew members were ‘collapsing’ and ‘forced to run into port-o-potties’ as a result of the ‘awful explosive diarrhea’ according to one source.

The insider alleged further that some crew members feel the production is culpable and are leery of coming back to work.

A studio representative said: ‘The health and safety of everyone on our set is our number one priority, so out of an abundance of caution we have made the decision to stop production of Ultimate Slip ‘N Slide at the current location. We are in the process of determining next steps in order to complete production.’

Universal Television Alternative Studios, which is behind the show, said a crew member got a positive test for a diarrhea-causing parasite called giardia on June 2.

That very same day a stop was put to the production, which was taking place on a ranch in Simi Valley, an area just outside Los Angeles County. 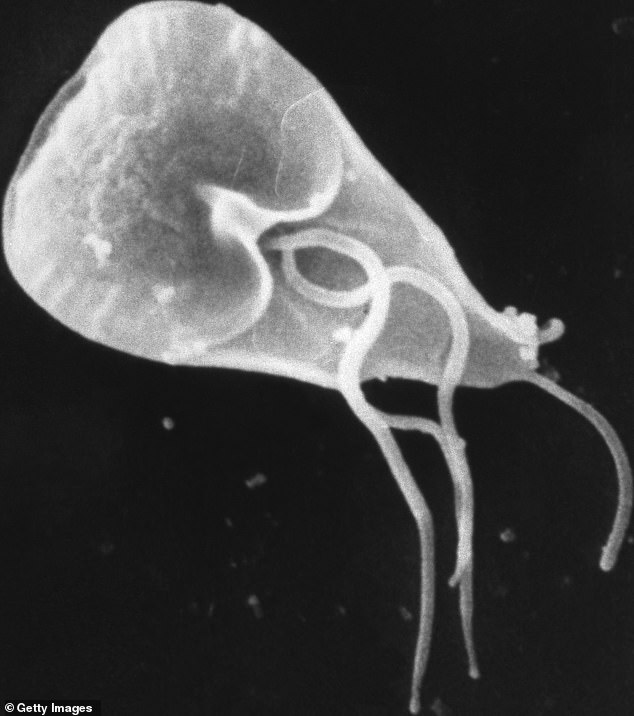 The bug: Universal Television Alternative Studios, which is behind the show, said a crew member got a positive test for a diarrhea-causing parasite called giardia on June 2

The health departments of both Los Angeles and Ventura Counties, plus an environmental lab, tested all the water utilized in the show for parasites.

Although the water in the restroom sinks, slide pool, pond, water truck and well did not have giardia in it the parasite was found nearby this week.

An insider dished to TMZ that just one week was left of the shoot, with seven weeks of filming already having been completed prior to the stay. 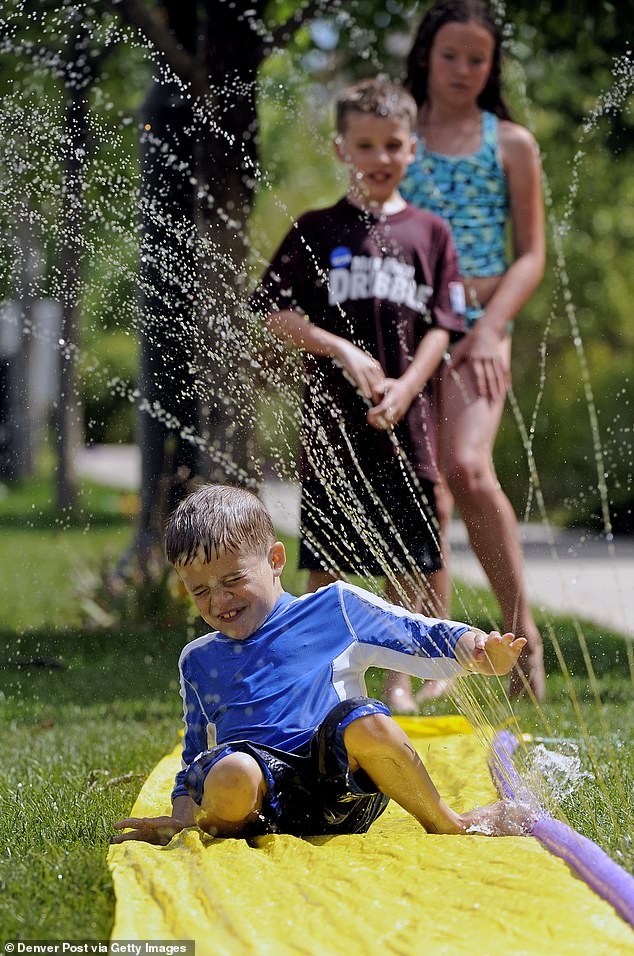 Family fun: The show is inspired by the popular children’s Slip ‘N Slide game which is pictured

The idea of the show is for two-person teams to compete against one another for a cash prize by engaging in hijinks with names like Bocce Fall and Human Pong.

Coming at the end of the show, the Big Slipper is the Slip ‘N Slide challenge and will decide which of the final two teams will win.

Kim Kardashian: Being Married To Kanye West Was Lonely!!