Scarlett Johansson’s ass-kicking Avenger gets a stand-alone movie at last in Black Widow.

Now she’s on the side of the American Avengers, and begins a mission to destroy the Russians’ Red Room programme, which trains and brainwashes young girls, including herself, to become Black Widow killers and spies. 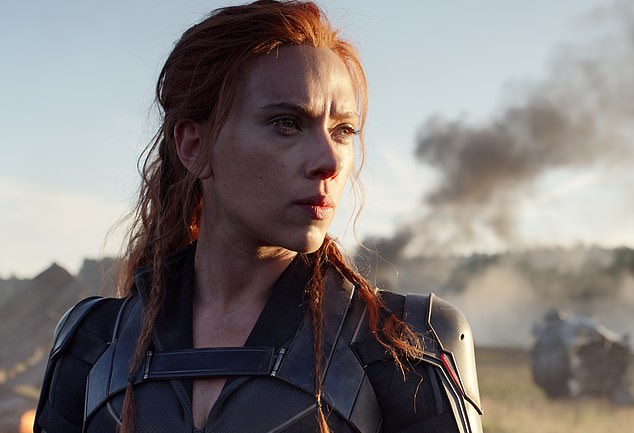 Scarlett Johansson’s ass-kicking Avenger gets a stand-alone movie at last in Black Widow.

Yelena was also trained in the Black Widow programme, and the two catsuit-clad female assassins rival the best of the supermen in Marvel Cinematic Universe with the balletic brutality of their fight sequences.

Their enemy is hardman Ray Winstone playing Russian supervillain Dreykov, the genius behind the Black Widow assassin programme. He hams it up as he tries to make his East End accent sound more Eastern Bloc.

Compared to the clunking, overblown efforts in some previous Avengers films, Black Widow has shape, coherence and emotional heft, thanks to Australian director Cate Shortland. Every character has depth, which lifts this above its cartoonish origins.

The story goes back to Natasha and Yelena’s childhood in suburban Ohio in 1995, a happy family shot in nostalgic Kodachrome. Rachel Weisz is the mother Melina, but their father Alexei turns out to be super-soldier Red Guardian (David Harbour). The family is not what it seems. Dysfunctional doesn’t cover it.

The film cuts to 21 years later, when Natasha’s Black Widow is a grown woman, one of the few Avengers who relies on intelligence and athleticism, rather than superpowers.

Yelena takes the mickey: ‘I don’t think the god-from-space had to take an Ibuprofen after a fight,’ she laughs. 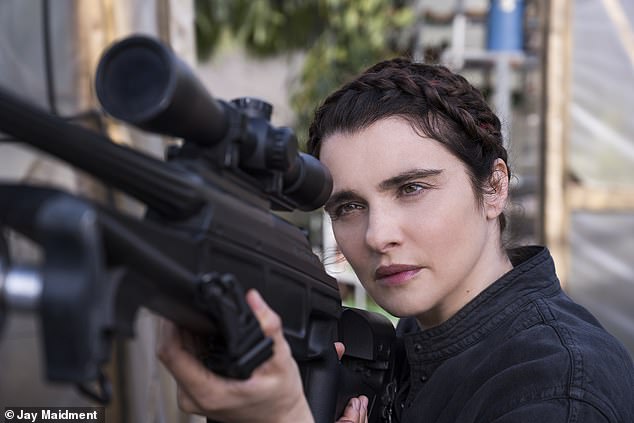 Compared to the clunking, overblown efforts in some previous Avengers films, Black Widow has shape, coherence and emotional heft, thanks to Australian director Cate Shortland. Every character has depth, which lifts this above its cartoonish origins

The action matches the wit, with spectacular daredevil stunts on clapped-out helicopters, and traditional motorbike-to-car chases which end untraditionally. The finale has all guns and space-stations blazing. Johansson’s combination of vulnerability and power gives her a magnetic screen presence, and Black Widow, cancelled twice because of Covid, has been worth the wait.

In Another Round, Mads Mikkelsen has the face of an ancient Norse god, emotions crossing it like dangerous storms.

Who better to play a teacher who stays slightly sloshed, every day, in search of a better life? In a delightfully daft premise, Mikkelsen plays Martin, one of four secondary teachers suffering from midlife malaise who decide to test a psychiatrist’s theory that human beings have a blood alcohol level that’s just 0.05 per cent too low.

Basically, we need that first-glass-of-wine feeling all the time. The history, gym, psychology and music teachers soon find that being tipsy invigorates their classrooms and their stultifying home lives.

Instead of schoolchildren hiding booze in the toilets, teachers are sneaking around hiding vodka in coffee cups.

When the men go out on the lash, their silly behaviour is hilarious — and more like that of their late-teen pupils.

The four believe in releasing creativity with alcohol, pointing out that Sir Winston Churchill said ‘I never drink before breakfast’, but fuelled his war on champagne, cognac and cigars. There’s also a montage of squiffy-looking politicians, from Boris Yeltsin to Boris Johnson.

Made by Hollywood, this would have been a comedy. But in the hands of brilliant Danish director Thomas Vinterberg, it’s a more subtle tragedy and revelation.

Mikkelsen is perhaps best known as a Bond villain, television’s Hannibal Lecter, and in a new role as Grindelwald in the Fantastic Beasts series. But Another Round is a performance on another level.

Unspoken agony hovers beneath the surface. Tears well up instead of joy during a caviar and champagne dinner, and the silence of his long marriage to Anika (Maria Bonnevie) feels like a shroud. Alcohol liberates — and also detonates.

The uncanny power of the scenes made sense afterwards, when I read that Vinterberg’s daughter Ida, who was due to play a small part, had died in a road accident.

The crew returned, shaken, a few months later, and completed shooting. The film is dedicated to Ida, and ends with Mikkelsen dancing: wildly alive, and alive to loss.

Freaky (★★★✩✩, 15) is billed as a horror slasher comedy — but the real scream here is the body-swap between a serial killer, played by Vince Vaughn, and a teenage girl.

Vaughn is terrific at projecting femininity and self-doubt from his hulking male body, and bullied teenager Millie (Kathryn Newton) perks up once she gets that killer instinct. Death comes in ingenious ways, involving a selection of power tools and a tennis racket handle stabbed through the ears.

The film is full of enjoyable cliché: the town is called Blissfield and the killer is the Blissfield Butcher, who is not quite as scary as the mean girls who gang up at the high school lockers.

Chris Pratt is better suited to comedies like Guardians Of The Galaxy, but he gets all serious in The Tomorrow War (★★★✩✩, 12A), a big-budget science fiction adventure. He plays Dan Forester, a father sent into the future to fight aliens who will eventually destroy Earth.

The future is carnage, and the fights with alien monsters in an abandoned city are predictably stupid and messy. An hour in, things get interesting as characters from the past appear in the future.

French Exit (★★✩✩✩, 15) is a peculiar concoction, starring Michelle Pfeiffer as Frances Price, a grand New York socialite forced to decamp to Paris when her prospects fade. Accompanied by her son (Lucas Hedges), she takes an ocean liner to France.

In her fur-trimmed coats and dark glasses, Pfeiffer tries to emulate a diva but the script fails her. Based on a waspish book by Patrick deWitt, the quirky story works on the page but not on screen.

Freaky and French Exit are in cinemas. The Tomorrow War is on Amazon Prime.

MOVING ON UP Lyrics – EVIDENCE