‘I am alive?’ Flavor of Love reality star Saaphyri Windsor, 36, confirms she is NOT dead after Instagram hackers said she’d passed away in morbid prank

Flavor of Love reality star Saaphyri Windsor has reassured fans that she is alive after claims surfaced Thursday night that she had passed away.

Reports that Windsor had died spread across the Internet after incorrect information of her supposed passing was posted to her Instagram account – but the star later revealed she was the victim of a morbid hoax, explaining that her account was hacked.

‘I’m alive!’ Flavor of Love reality star Saaphyri Windsor confirms she is NOT dead after hackers claimed she had passed on Thursday evening (pictured in April, above)

The hoaxers had shocked fans of the star by writing on Thursday night: ‘It is with a heavy heart that we say that Saaphyri has passed away. She was found today in her home responsive,’ adding: ‘Please send your prayers.’

The morbid prank even said the star had been found ‘unresponsive’ with no other details about the situation offered.

Proving popular, she then returned for Flavor of Love Girls: Charm School in 2007, winning the $50,000 grand prize and the title of Charm School Queen. 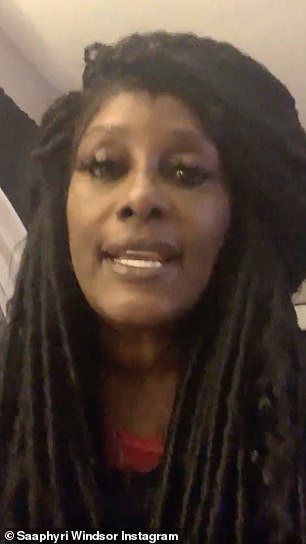 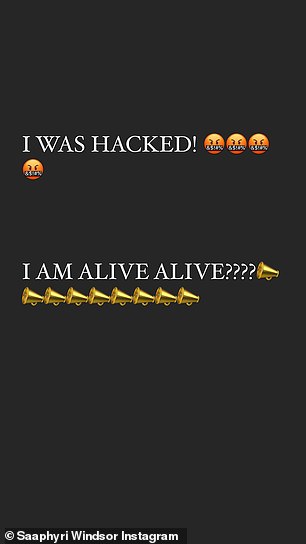 ‘I was hacked!’ the reality star wrote, before adding: ‘I am alive alive????’ 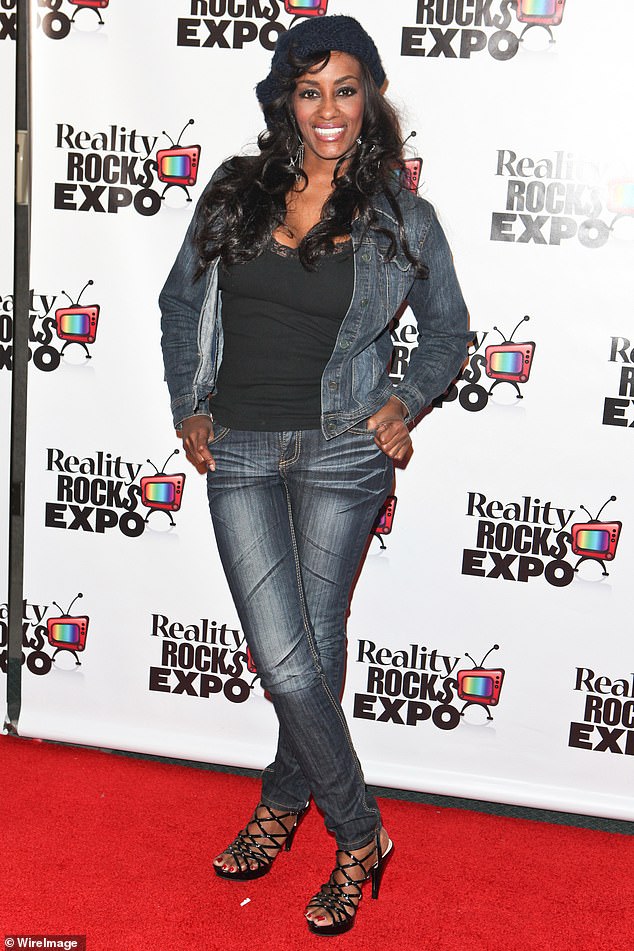