The SUR waitress-turned-reality star, 36, had fans talking after flashing a diamond engagement ring while out in Los Angeles on Tuesday.

That evening she and Brock were seen ‘celebrating love’ at LA hotspot Craig’s with co-stars James Kennedy, Raquel Leviss and Ariana Madix, according to E! News.

Getting hitched! Vanderpump Rules star Scheana Shay is engaged to father of her child Brock Davies, seen together on Monday night above

Scheana was happy to show off her sparkler (which was designed by VPR insider Kyle Chan) during the surprise engagement party.

Everyone seemed excited about the news, according to onlookers.

‘Brock and Ariana kept grabbing Scheana’s arms and looking super happy and excited for her… Scheana looked really happy and her and Brock look really in love. They were cuddling at the table and laughing the entire night.’

Shay and Davies, a rugby player, welcomed daughter Summer Moon Honey Davies on April 26. He has two other children from a previous relationship. 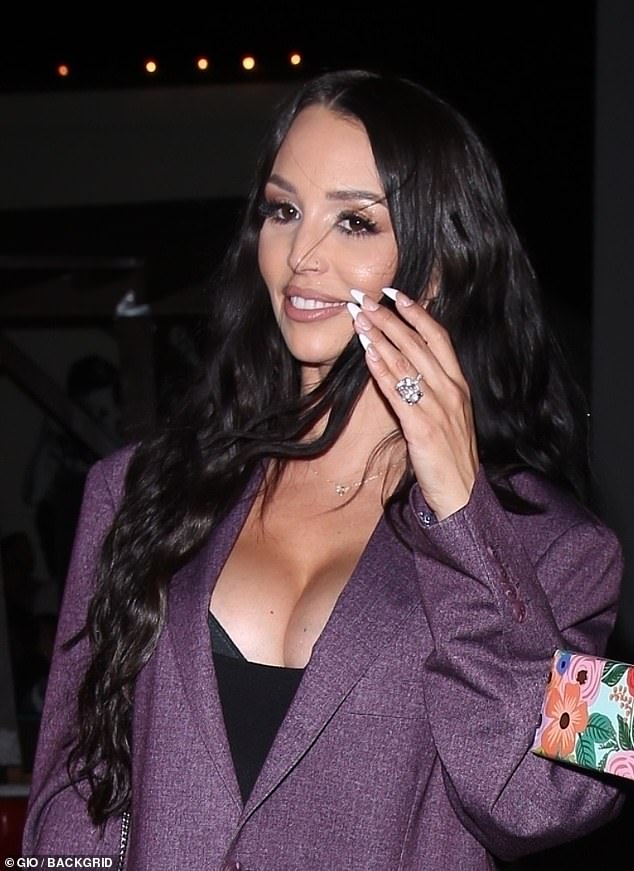 Bling! Scheana was happy to show off her sparkler (which was designed by VPR insider Kyle Chan) during the surprise engagement party at Craig’s on Tuesday night 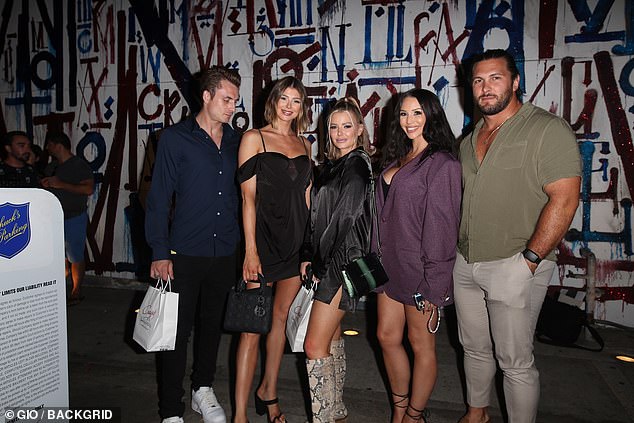 Celebration! ‘Brock and Ariana kept grabbing Scheana’s arms and looking super happy and excited for her… Scheana looked really happy and her and Brock look really in love. They were cuddling at the table and laughing the entire night,’ according to an insider

It appears that the singer/Bravo favorite has finally found her dream man after years of relationship drama.

She made her debut on Vanderpump Rules while in caught in the middle of Eddie Cibrian’s divorce from Brandi Glanville back in 2009.

‘It was just a mess. I ended things there, I stopped talking to him, and I’ve never talked to him again,’ she told Us Weekly in 2013.

Shortly after that in 2009 she was briefly linked to singer John Mayer.

Then she dated soap star Robert Valleta before meeting husband of three years Mike Shay, who she was wed to from 2014 to 2017.

Shay’s issues with addiction, however, led to the couple’s demise – and Scheana’s reunion with Valleta. 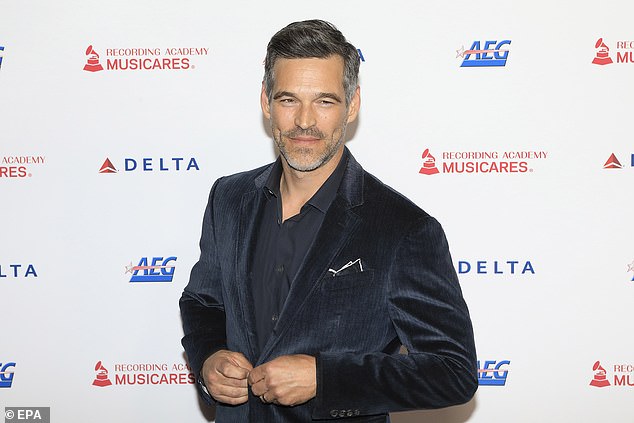 Storyline: Scheana was revealed to have had a fling with Eddie Cibrian as she found herself at odds with his ex/ Real Housewives alum Brandi Glanville on the first season of VPR 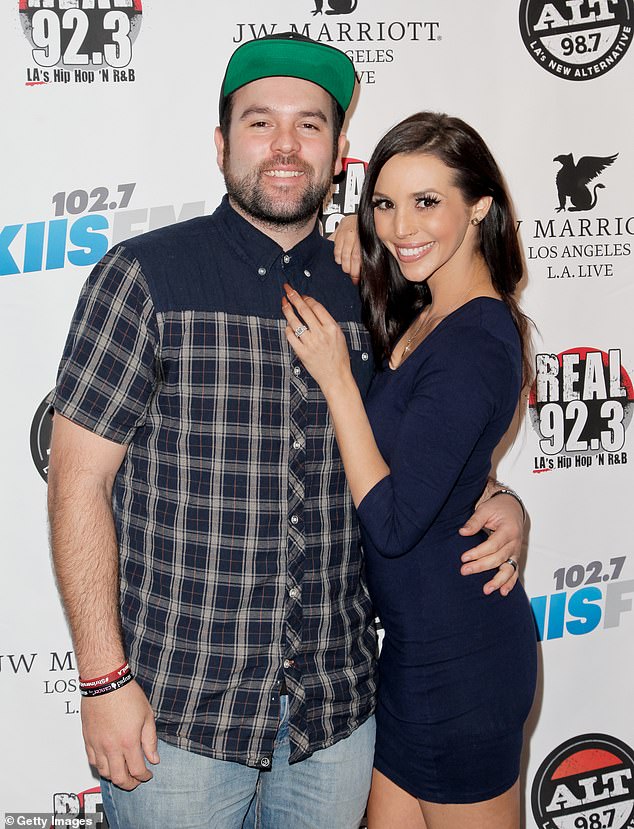 First husband: Scheana was wed to musician Mike Shay from 2014 to 2017

Scheana and Rob’s rocky relationship was documented on season six of VPR but they called things off for good in August 2017.

Talking about their drama in November 2018, Shay said: ‘With Rob, there was so many times that things didn’t really [seem] right, but I ignored it. I ignored signs, I ignored other opinions.’

‘I was just like “No, no, no, this is perfect” because I couldn’t admit that me jumping into a relationship a month after a divorce was a bad idea.

‘I couldn’t admit that things weren’t perfect. I just wanted everyone to think, “Oh wow, this is her fairy-tale ending, she got divorced and met the love of her life. And everyone lived happily ever after.” And that was not the case.’ 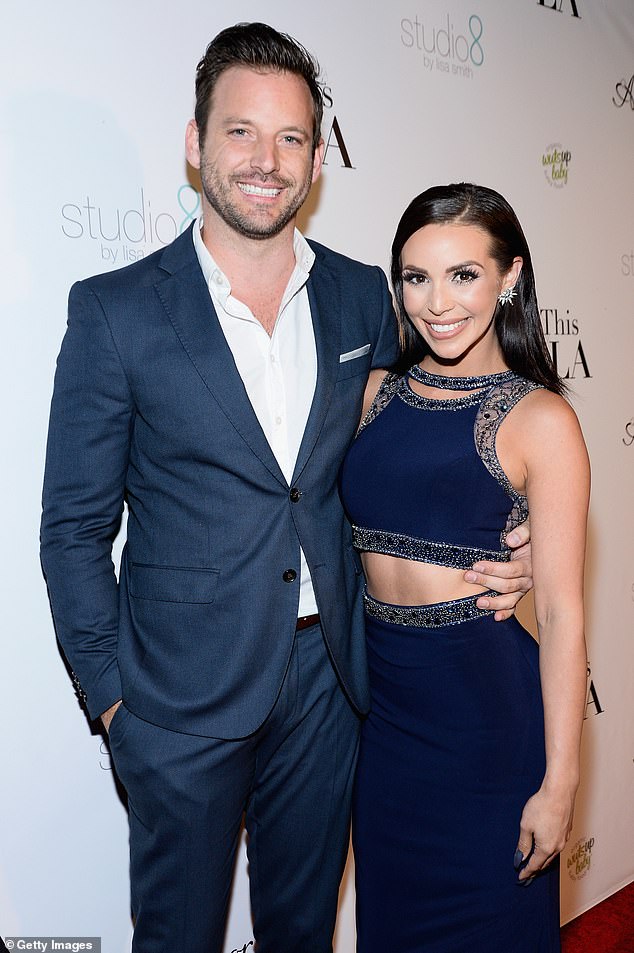 On and off: The reality star/singer dated soap star Robert Valleta before and after her marriage to Shay

They became pregnant early into the relationship, but sadly Shay misscarried.

But the couple enjoyed happy news when announced they were expecting a child together in October 2020.

Shay was full of emotion when she announced her little girl’s birth in April, taking to Instagram to write: ‘My heart is SO FULL.

‘Thank you to everyone who has reached out and sent their love and thank you to the amazing staff here at Cedars-Sinai. We are definitely feeling all the feels and just so excited to be Summer’s parents!!!’

And Shay talked abut her love of motherhood this past Mother’s Day, sharing an Instagram with her tot and writing: ‘Becoming a mom has been the most amazing gift I have ever received. @summermoon I will always and forever love you endlessly and protect you. You have changed my life.’ 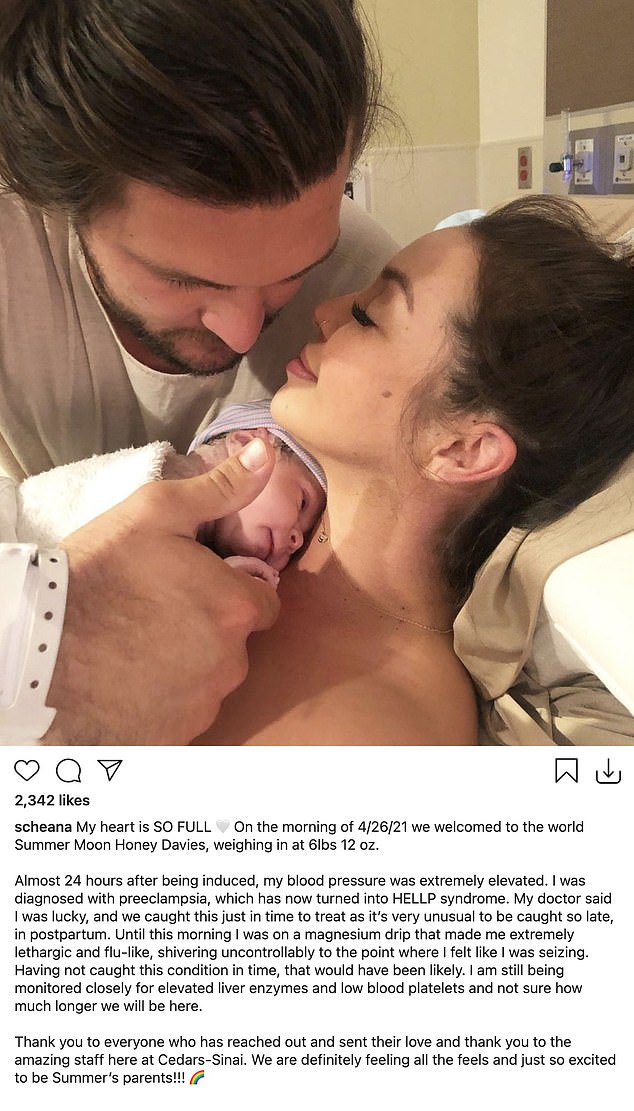 ‘My heart is SO FULL’: Scheana announced Summer’s birth on her Instagram in April

IN THE PRESENCE OF JEHOVAH Lyrics – VICKI YOHE

Boosie Badazz On Rihanna & ASAP Rocky’s Relationship: I Would Have Been Skeeted In Her!!