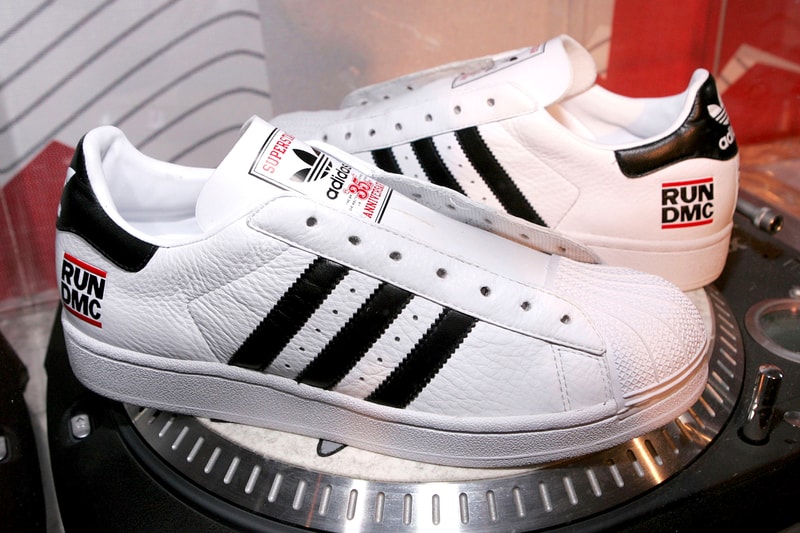 Following the Prada x adidas partnership, the footwear giant is reportedly teaming up with another popular name in celebration of the 50th anniversary of its Superstar silhouette —  legendary hip-hop group, Run-DMC.

According to sources, the Run-DMC x adidas Superstar 50th anniversary model will arrive in three colorways: black, white and a combination of the two. An adidas logo and the face of the late Jam Master Jay sporting the iconic fedora can be found on the tongue, while the Superstar branding atop the Three Stripes is presented with two red bands as an ode to the group’s logo. Seeing as the group proudly wore their sneakers laceless, the upcoming iteration might also be easy to wear without its shoelaces.

In other footwear news, adidas and Jonah Hill’s collaborative line will reportedly include three silhouettes.

*LEAK ALERT*: To mark the 50th Anniversary of the Superstar @adidasoriginals & @rundmc will be dropping 3 colourways of the Superstar 50 in April For more info check out the pic above. Will you be copping? #NoMoreSecrets ?