She kick-started her 34th birthday with cake in bed and a song from her four young children and football star husband.

But Abbey Clancy had a different way of celebrating on Friday afternoo – involving a facial with tiny needles, coated with gold.

Favoured by celebrities such as Kim Kardashian, the Aquagold treatment, which originated in LA, involves a canister with 20 microneedles, each less than a millimetre long and thinner than a human hair, which are injected into the face. 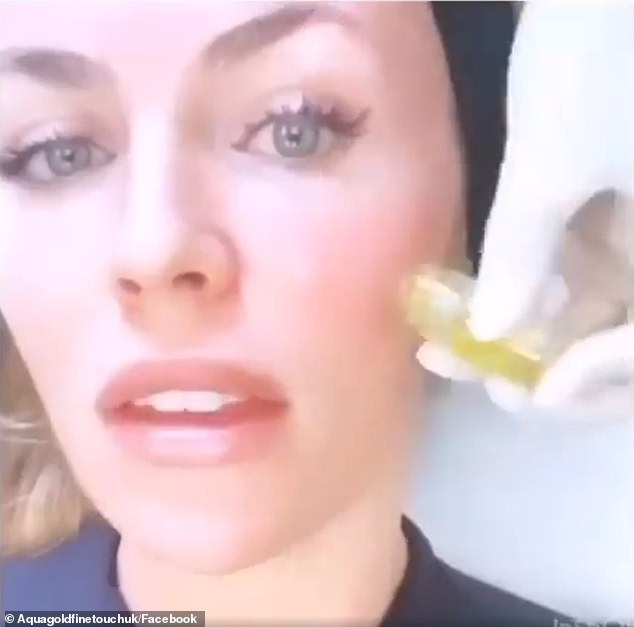 No pain no gain: Abbey Clancy, 34, celebrated her birthday on Friday afternoon with an Aquagold facial

The model turned to the treatment last June after the birth of her son and praised the results as ‘amazing.’

Abbey can be seen laying bare faced in an Instagram video, while the gold needles prick her face, injecting micro botox, hyaluronic acid fillers and vitamins.

On Friday morning she celebrated  with the help of her adorable brood, who greeted her in bed singing Happy Birthday.

In a series of videos shared to her Instagram stories, the model showed her wake-up call from her eldest daughter Sophia, eight, who came in carrying a candle lit cake. 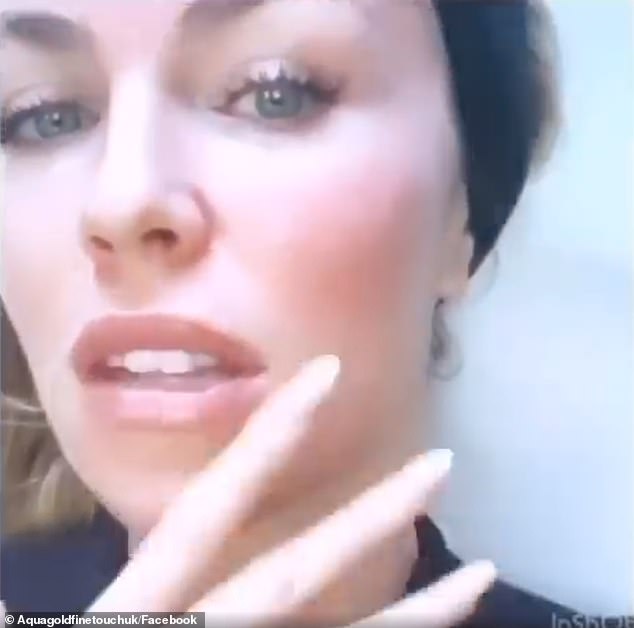 Beauty first: The Aquagold treatment, which originated in LA, involves a canister with 20 microneedles, each less than a millimetre long and thinner than a human hair 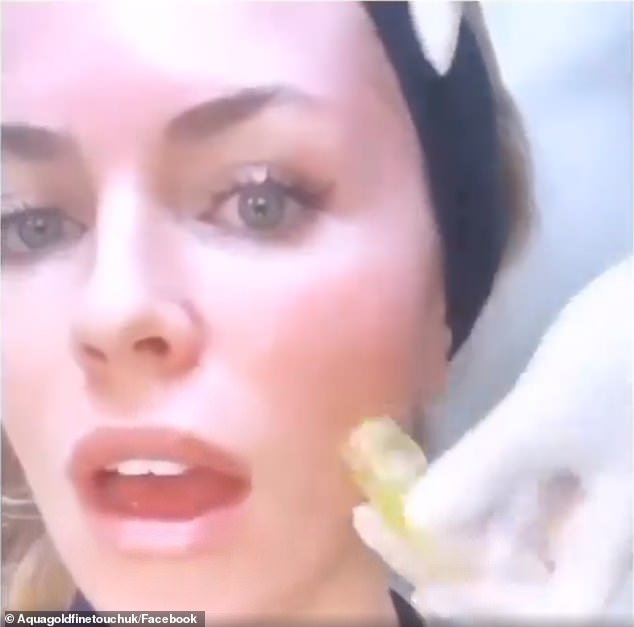 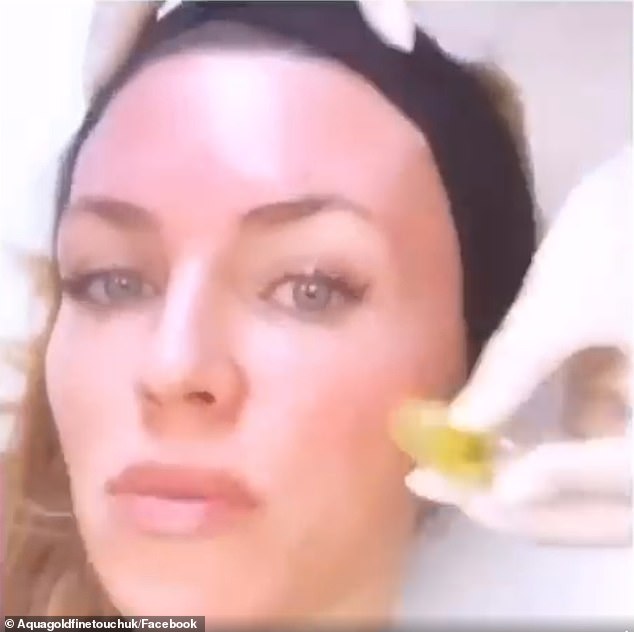 Flawless: The model turned to the treatment last June after the birth of her son and praised the results as ‘amazing’ 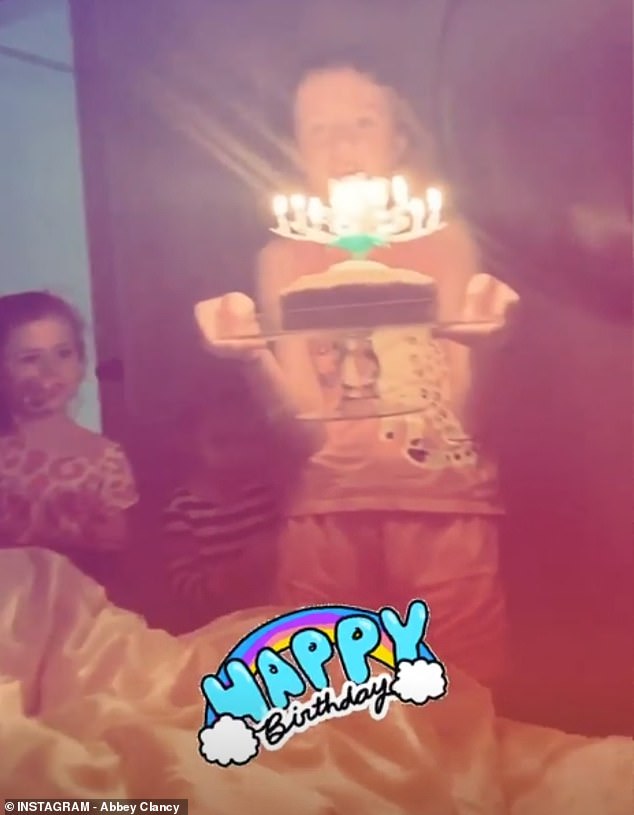 Birthday breakfast: Abbey Clancy has celebrated her 34th Birthday with the help of her adorable brood who greeted her in bed on Friday morning singing

Behind her were her other children; Liberty, four, and Johnny, two, as well as Peter, 38.

In the following snaps she showed the adorable handmade heart shaped cards given to her.

One card from Sophia said: ‘To Mum, Happy Birthday. Hope you have the best birthday ever. You’re the best mum ever, I love you so so much.’ 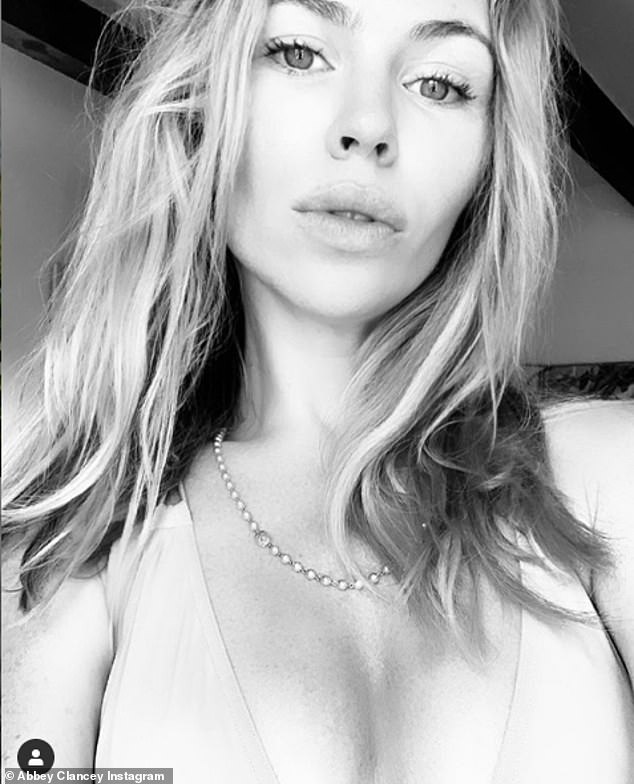 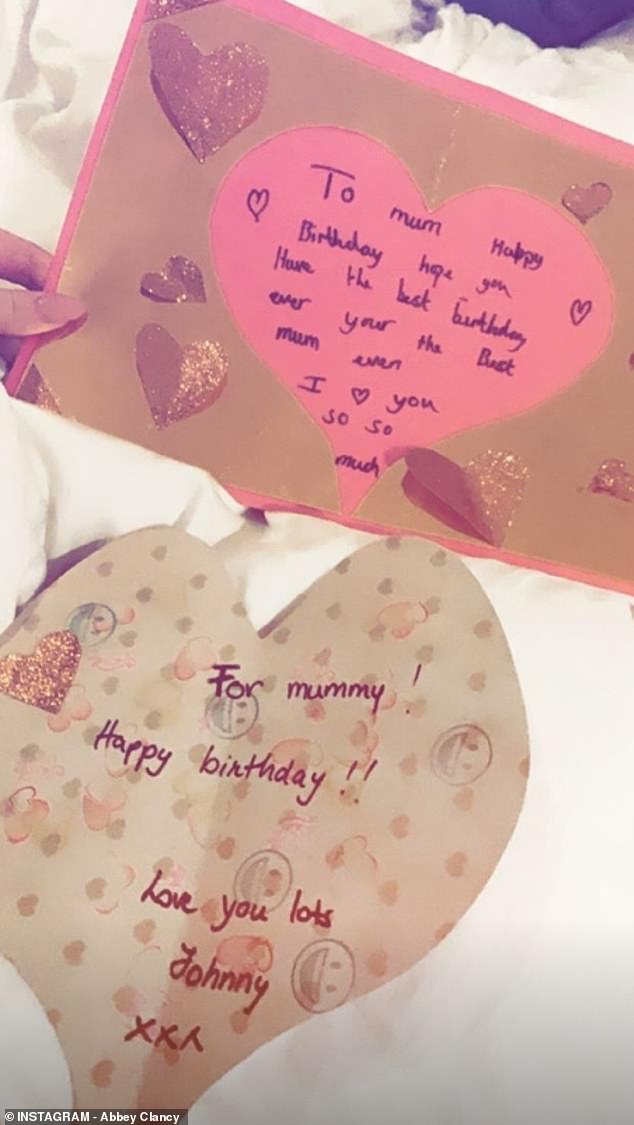 Adorable: In a series of videos shared to her Instagram story, the model showed her wake up call from her children as well as the sweet heart shaped cards they made for her

Abbey recently joked with Ok! Online despite being a mum to four gorgeous children, she cannot help but play favourites with her eldest son Johnny.

She said:  ‘He’s the prince! Yes, he’s still the favourite and he’s definitely a mummy’s boy.’

However speaking with MailOnline Abbey revealed that new baby Jack will grow up ‘like twins’ with his elder brother, maybe also securing himself a favourite spot.

She said: ‘It was a bit of a surprise when we found out but I feel so lucky to have them and the age gap is actually great because the two little boys are going to grow up like twins basically. 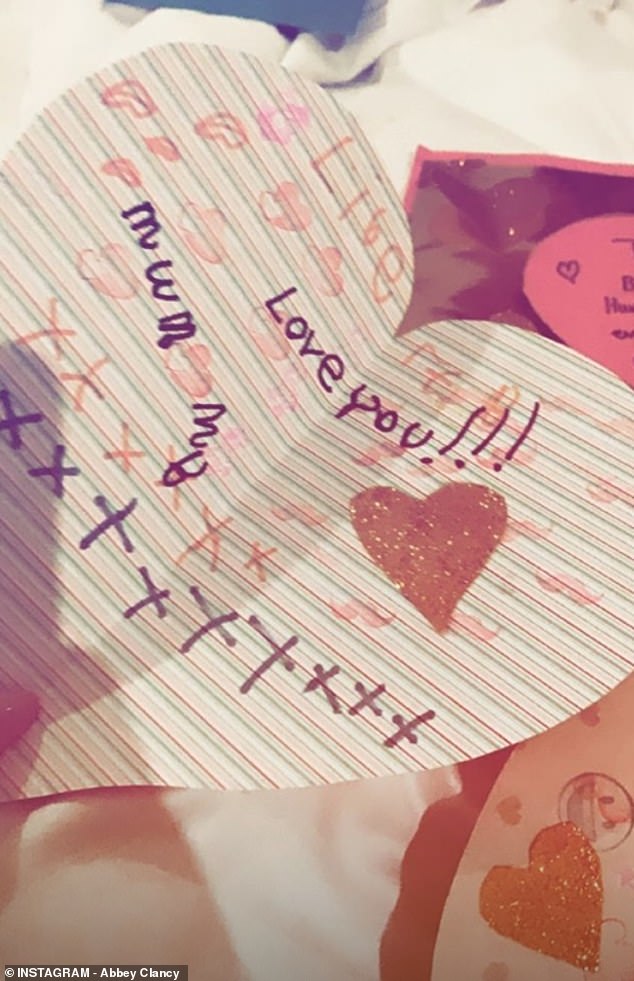 ‘They’re only a year apart and I was one of four so it doesn’t seem too unnatural to me.’

The family began way back in 2006 when Peter and Abbey first met.

While speaking with Chris Moyles on his radio show recently, the podcaster opened up about their hilarious first encounter.

He told the radio host: ‘I thought she was out of my league, really… We met, it was great, we got on fantastically well. She gave me her number – amazingly – and then she went away and I just carried on with my evening.’ 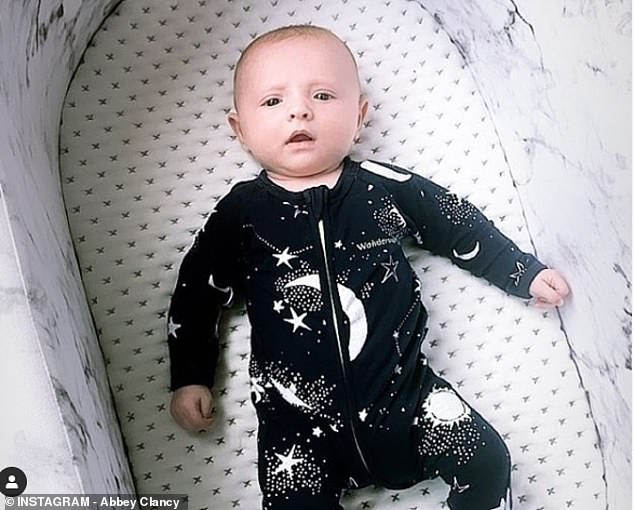 New addition: Abbey recently revealed to MailOnline she was initially surprised by her pregnancy with Jack but then delighted that her little boys would grow up ‘ like twins basically’

However the striker then revealed: ‘I was talking to someone else who was also female and Abby came over and said: “Look at you! Who do you think you are?”

He laughed: ‘I should have known then.’

The pair were then married in 2011 at a lavish ceremony just three months after welcoming daughter Sophia. 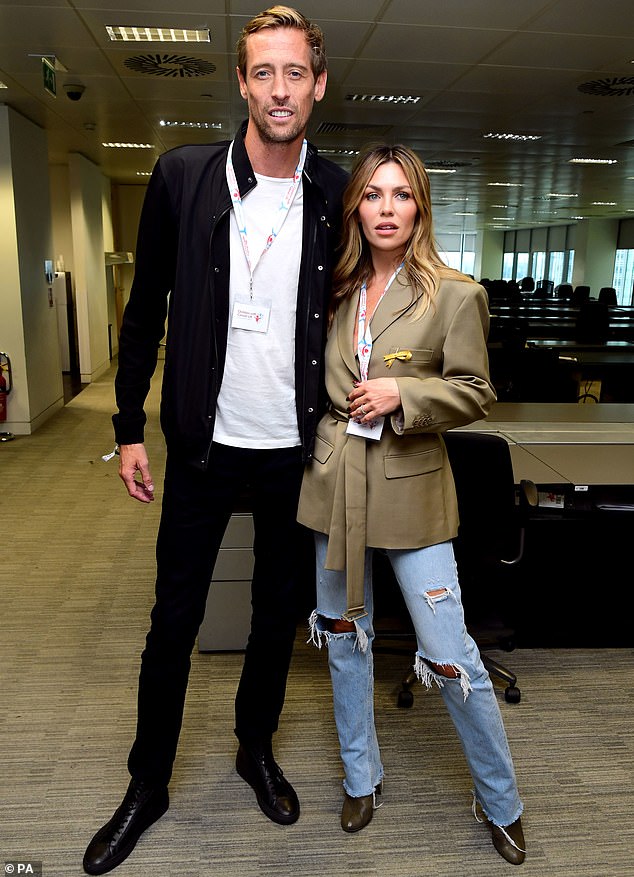