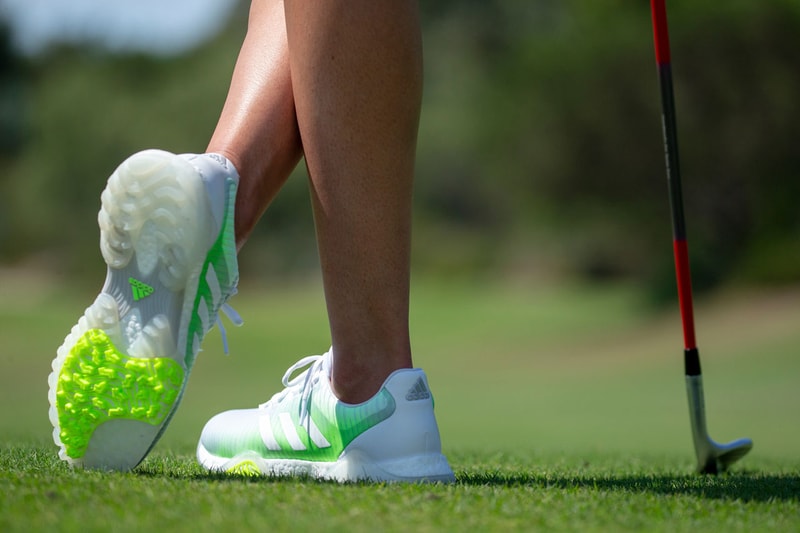 Long considered a sport with a somewhat conservative dress code, golf has become increasingly more liberal in its style over the past several years, and adidas Golf is saluting that breaking of the norm with a new CODECHAOS collection. Built with the modern golfer in mind and designed to challenge the definition of what golf footwear can be, CODECHAOS is a colorful, technical and iconoclastic take on traditional attire.

Arriving in both men’s and women’s makeups, the collection consists of three silhouettes: CODECHAOS, CODECHAOS Boa and CODECHAOS Sport. These options run the gamut from rugged to lightweight, and provide options for multiple different climates and styles of play.

First up is the CODECHAOS. Featuring a new multi-layer mesh upper with waterproof technology, it’s simultaneously sleek and sturdy, with support provided by a Torsion bar. Next is the Boa. Proffering a slightly more bulky silhouette, the Boa features a higher-cut sock upper encased in a waterproof shell. It’s secured by way of a special winch fit system, similar to what you might see on adidas TERREX‘s off-road footwear. Both of these models are equipped with a full-length BOOST footbed and a new Twistgrip traction system. Finally, the Sport mixes BOOST and Bounce cushioning with a spikeless outsole for a streamlined ride. All three styles are presented in several vibrant colorways, bucking golf’s normal muted hues in favor of a sporty look.

“Golf continues to evolve and is in an exciting phase right now where the traditions of the game and how it can be played are all being challenged,” said Masun Denison, the global footwear director of adidas Golf. “We’re excited about this movement which has inspired us to break down barriers and create unique footwear and apparel for anyone that picks up a club. CODECHAOS is meant to challenge what a golf shoe can look and feel like while still delivering top-notch performance to all golfers whenever or wherever they play.”

See select styles from the collection above, and look for select silhouettes from the adidas Golf CODECHAOS collection to release on the adidas webstore January 27, with a full rollout occuring January 31. Price points range from $130-$180 USD.

On the casual end of the spectrum, OAMC and adidas Originals have readied a five-shoe drop for SS20.