Justin Timberlake's Black Side Chick w/out Makeup – Prettier Than Jessica?? 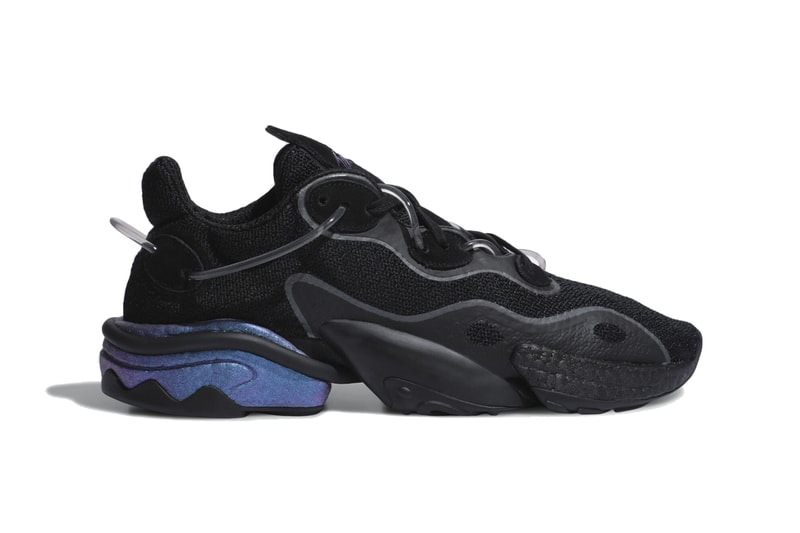 After experimenting with iridescent BOOST cushioning on the UltraBOOST 20 “ISS,” adidas has brought its striking stylings to the new Torsion X with this “Night Metallic” colorway. Offering details inspired by ’80s/’90s Torsion footwear and plenty of modern-day materials, the shoe represents three decades of brand history, all packaged in an eye-catching fashion.

Uppers are mostly monochromatic, crafted from a sporty black mesh base that’s overlaid with black synthetic material for support and style. These overlays are rimmed with a faint silver trim, and a translucent plastic tube snakes through the circular suede eyestays before wrapping around the heel. Tongues offer a rich pop of dark purple Torsion text in a font that’s almost Prince-esque, while cut-out detailing and the aforementioned eyestays give off slight shades of Kanye West‘s YEEZY 500.

Although the upper is undeniably enthralling on its own, the three-piece split midsole is what provides this “Night Metallic” with its moniker. BOOST cushioning is used on both forefoot and heel — black on the former, iridescent purple on the latter — with a criss-crossing black Torsion bar holding everything together.

Meanwhile, the adidas ZX Torsion is showing its appreciation to the classic ZX 8000 with a recognizable “Aqua” makeup.