Nike Air Tech Challenge 2 Is Back in "Black Lava" 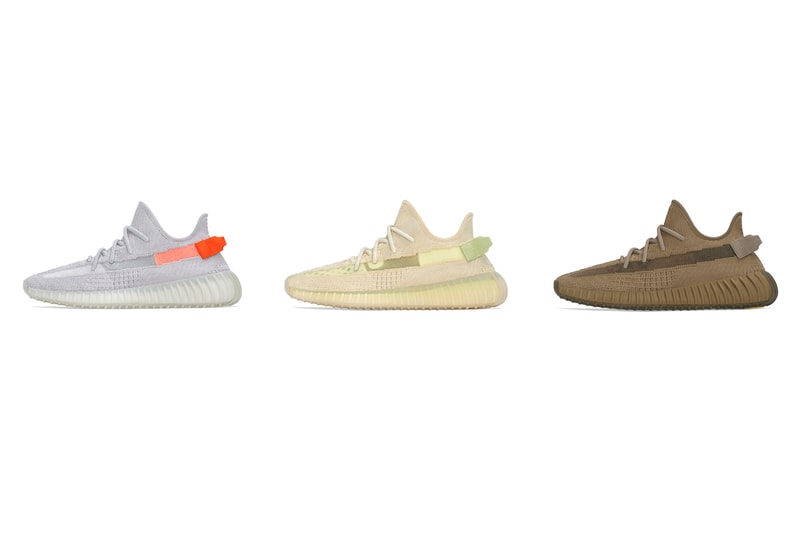 Kanye West‘s adidas YEEZY line is set to bless the globe with a holy trinity of region-specific YEEZY BOOST 350 V2 colorways: “Tail Light,” “Flax” and “Earth.” Following up Chicago-exclusive YEEZY QNTM giveaways and drops during NBA All-Star Weekend, each of these location-specific styles presents a vastly divergent look — but all are brought together by common detailing.

Exclusive to Europe, Russia and the Ukraine, the “Tail Light” proffers an orthodox light grey hue, but adds bold accents by way of an orange heel tab. Meanwhile, the Asia Pacific, Africa, Middle East and India-exclusive “Flax” is swathed in a divine light yellow shade, accented by slightly darker yellow hues on the midsole and heel tab plus soft grey laces. Last but not least, the North America- and Latin America-only “Earth” equips a reverent brown palette, using a trifecta of muddy colors for a look normally preferred for YEEZY boots instead of sneakers.

Although this trifecta of styles ranges from airy to earthy, each is united by signature 350 V2 detailing. These touches include uppers constructed from re-engineered Primeknit and post-dyed monofilament side stripes. Benediction is handled by way of a bulbous BOOST midsole, ensuring miraculous comfort to match the recognizable look.

West and adidas are no strangers to region-exclusive drops -— in 2019, the dynamic duo released geo-specific “True Form,” “Hyperspace” and “Clay” styles — so between these makeups and other impending releases like the 700 MNVN “Orange,” the end of February is bound to be busy for the legions of devout YEEZY acolytes across the globe.

The adidas YEEZY BOOST 350 V2 “Tail Light,” “Flax” and “Earth” will release in their respective regions on February 22 via the adidas webstore, YEEZY Supply and at select retailers. Each pair is priced at $220 USD.