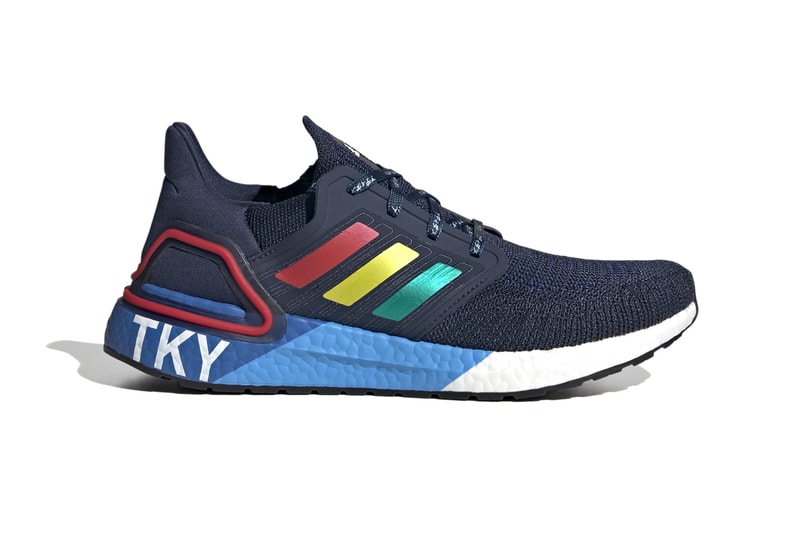 Shortly after dropping its “Chinese New Year” iteration of the UltraBOOST 20, adidas has returned with a brand new revamp of the silhouette, this time representing an assemblage of cities in the Asia Pacific region with its “City Pack.” Featured are eight bold colorways that call to the cities of Tokyo, Seoul, Hong Kong, Bangkok, Sydney, Osaka, Taipei and Singapore.

Beginning at the top of the shoe, adidas’ logo is stamped at the tongue, followed by thin flat laces below that spell out “adidas” in the corresponding city’s native language. The silhouette boasts soft Primeknit textiles all the way from the middle of the collars to the end of the toe cap, while cushioned neoprene is placed at the heels for extra support. Three stripes are placed over the sidewall cage, complemented by a supporting rubber heel piece that extends over the rear quarters. Each city is represented in a thematic colorway, like Seoul, in white, red and blue; or Hong Kong, in gold, black and red; or Tokyo, in red, yellow and blue. As a finishing note, all eight sneakers come with a three-letter abbreviation of the city printed over the back heel of the essential full-length tri-toned BOOST midsole.

The adidas UltraBOOST 20 “City Pack” is currently available at adidas’ website for $180 USD per colorway.