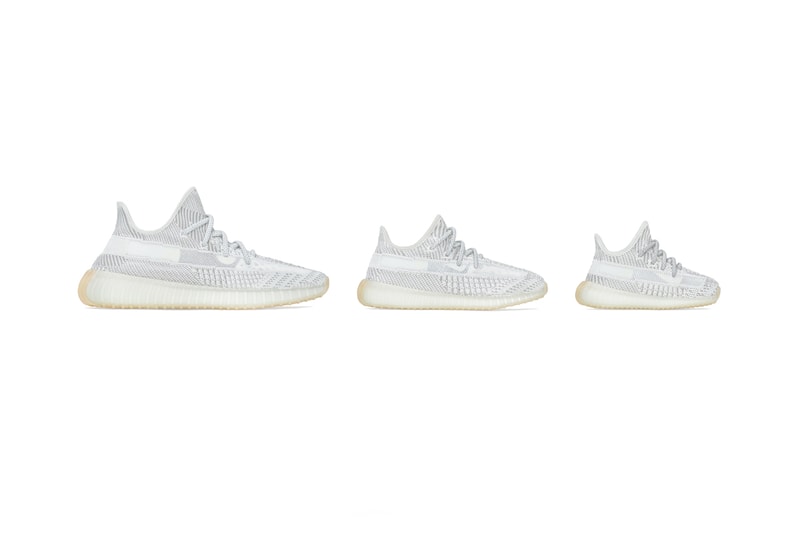 Kanye West and adidas‘s ever-popular YEEZY BOOST 350 V2 is set to kick 2020 off with a “Yeshaya” colorway. Teased since the beginning of December and originally dubbed the “Tailgate” by early reports, the light-colored silhouette has now received an official look and release dates.

Weaving together soft grey and crisp white hues in equal measure on its knit upper, the “Yeshaya” — Hebrew for “God is salvation” — presents an undeniably heavenly look. Heel tabs have been removed, but the signature post-dyed monofilament side stripe remains, offering extra tone and texture. Down below, a milky midsole houses a full-length white BOOST cushioning system, while the outsole takes on a yellowed hue that’s almost gum in nature.

Although the partnership between West and adidas Originals is set to continue evolving in 2020 thanks to silhouettes like the YEEZY 700 V3, YEEZY 500 High and YEEZY BOOST 380, the YEEZY BOOST 350 V2 boasts enduring popularity more than three years after it first debuted. This ensures that it’ll be part of the YEEZY line’s offerings both this year and beyond, as the “Yeshaya” is the first of several colorways that’s set to hit shelves over the course of 2020.

The adidas YEEZY BOOST 350 V2 “Yeshaya” will release on Yeezy Supply in China on January 11, then arrive in the US on January 25. Full family sizes will be available, with men’s pairs retailing at $220 USD, kids at $160 USD and infants at $140 USD.

Elsewhere in the ever-evolving world of ‘Ye, the rapper/designer’s former art director recently revealed what 2013’s seminal YEEZUS was almost named, and it’s certainly not what you’d expect.