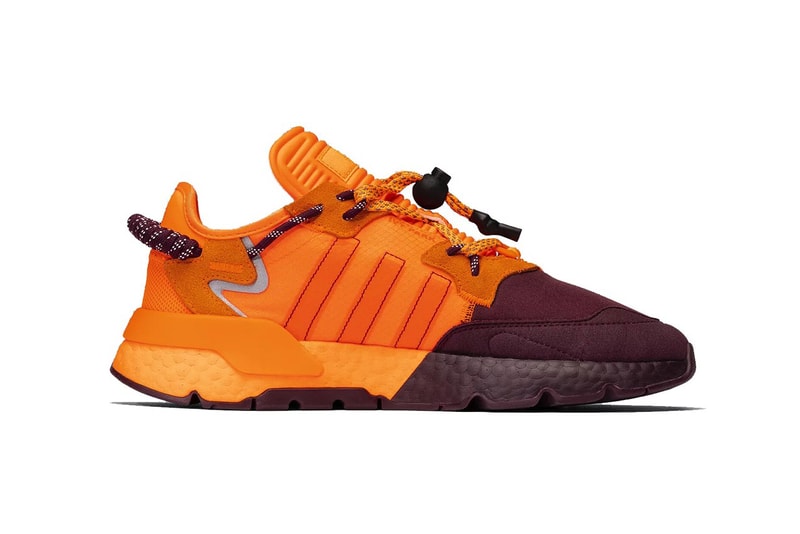 After getting an official look at the IVY PARK x adidas UltraBOOST, we now have full looks at the other silhouettes in the collaborative range including the Sleek Super 72 and Nite Jogger.

Beyoncé has updated both the Nite Jogger and UltraBOOST models with rope-lace heel tabs and a toggle lacing system, while the hybrid Sleek Super 72 combines elements from the Samba with details from the artist’s favorite Three Stripes model, the Forum sneaker. Each model is then dressed in hues of burgundy, orange and cream, the same color tones featured throughout the rest of the capsule. Elsewhere, “IVY PARK” text and adidas’ Three Stripes logo are featured prominently.

Along with the collaborative footwear models, the range will include striped track pants, co-branded jerseys, floral dresses, and short-sleeved hoodies, along with a bevy of accessories and jewlry.

The IVY PARK x adidas unisex collection is set to release on Saturday, January 18. The UltraBOOST will retail for $200 USD, the Nite Jogger for $160 USD, and the Sleek Super 72 for $100 USD at select adidas retailers such as Sneakersnstuff.

Beyoncé’s inaugural team up with adidas was announced in December of 2019.
In an interview with ELLE Beyoncé shared, “This new line is fun and lends itself to creativity, the ultimate power. I focused on designing a unisex collection of footwear and apparel because I saw so many men in IVY PARK. The way they have embraced the brand is an unexpected gift. I appreciate the beauty of gender-neutral clothing and breaking the so-called fashion rules. I took a chance on myself when I bought my company back. We all have the confidence in us to take chances and bet on ourselves.”

“It is a dream come true to re-launch IVY PARK as the sole owner,” Beyoncé previously said of the launch. “My team has worked hard with the adidas team in bringing my vision to life for this first collection and I am grateful and proud. From the accessories to the clothes and footwear, I wanted to design and re-imagine pieces that serve as favorite armor for anyone who acknowledges the strength in their individual style and lives freely and boldly.”

In case you’ve missed it, Beyoncé also dropped a video teaser and unboxing video for the anticipated collaboration on her social media accounts.