By Rachel Mcgrath For Dailymail.com

They’ve been spotted hanging out together several times in the past couple of months.

And, according to UsWeekly, Tyler Cameron and Stassie Karanikolaou rang in the New Year together in Miami, Florida.

A source claimed that the Bachelorette alum and reality star Kylie Jenner’s BFF were ‘being awfully friendly’ at a party at the Fontainebleau that included a performance by the Jonas Brothers.

In with the new: Tyler Cameron and Stassie Karanikolaou welcomed 2020 together in Miami, Florida, partying on New Year’s Eve and enjoying a yacht trip with friends on New Year’s Day

The two were also seen enjoying an outing on a yacht on New Year’s Day with a group of friends.

Stassie wore a white bikini for the sun-soaked trip on the water while Tyler went shirtless.

Video of the group was shared on Instagram by singer Fletcher. 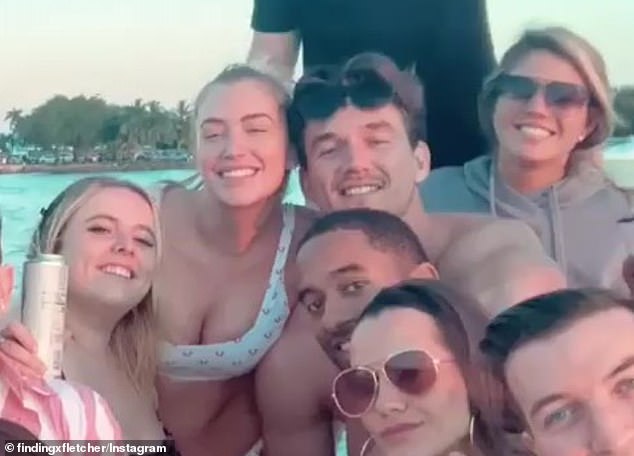 Budding romance: The Bachelorette alum, 26, and reality star Kylie Jenner’s BFF, 22, were first spotted on a date together in early November at a West Hollywood night club 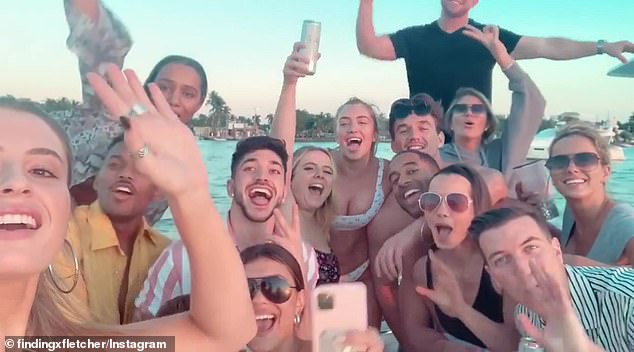 Party: Stassie wore a white bikini for the sun-soaked trip on the water while Tyler went shirtless and the group appeared to be having a very good time

Tyler, 26, and Stassie, 22, were first spotted out together in Los Angeles in early November.

In addition to enjoying a night out at a West Hollywood club, they’ve also been seen hanging out with pals at a LA Rams game.

‘They are keeping things casual, but Tyler really likes Stassie,’ a different source claimed to USWeekly in November. ‘And he thinks she’s gorgeous.’ 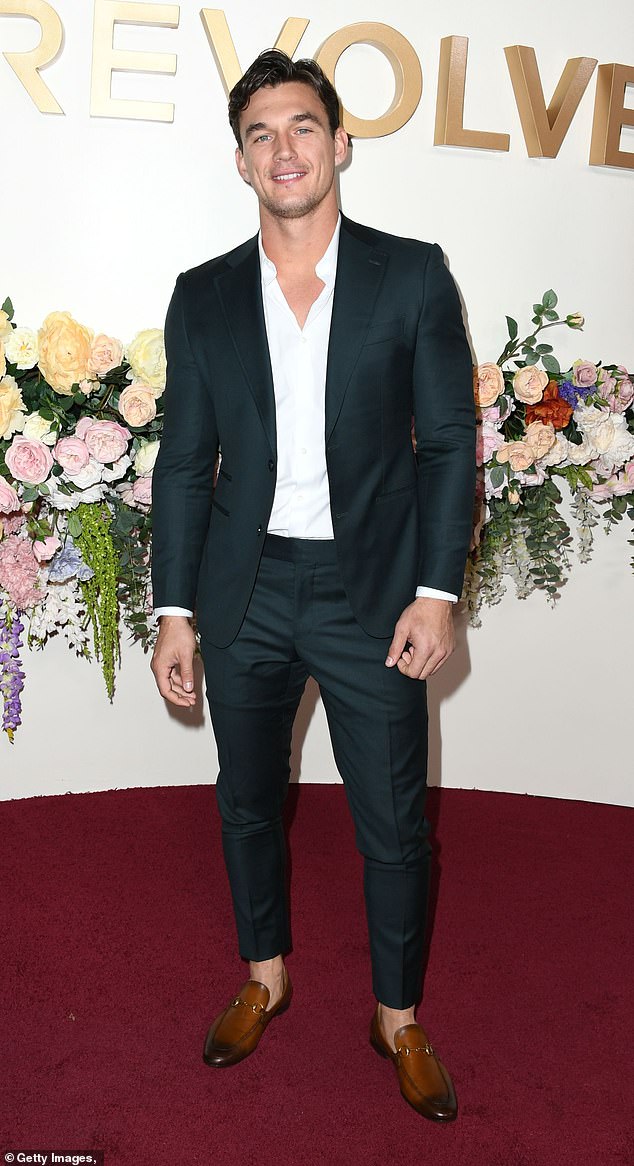 Model: ‘They are keeping things casual, but Tyler really likes Stassie,’ a different source claimed to USWeekly in November. ‘And he thinks she’s gorgeous’ 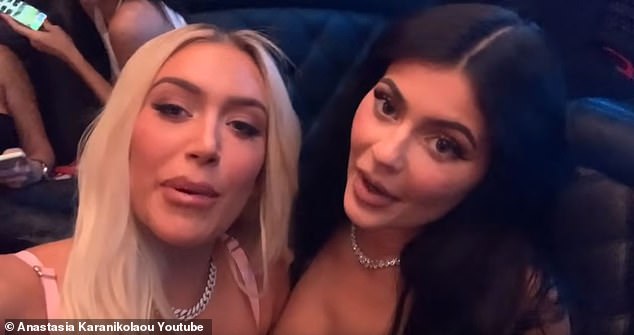 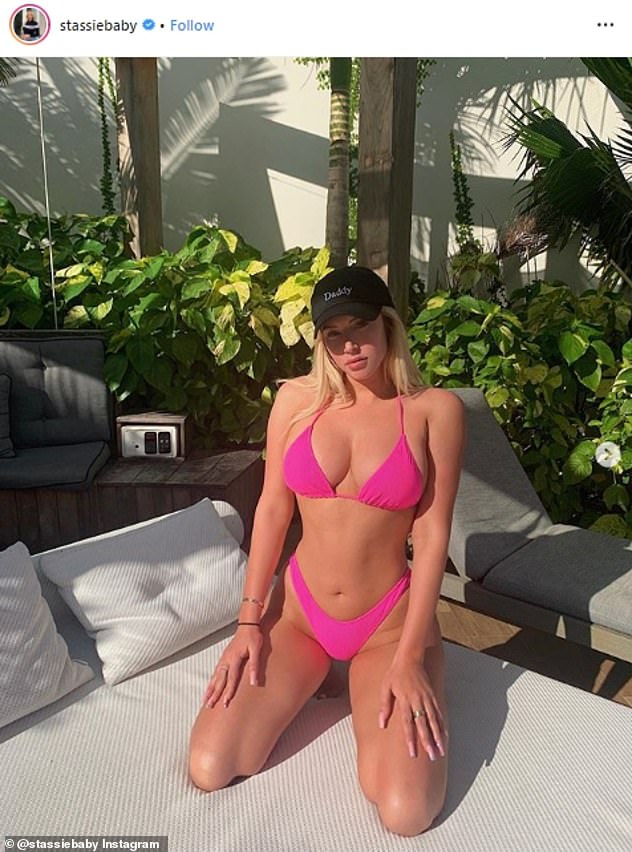 Flaunting it: Stassie has been boasting about her plastic surgery enhancements on her Instagram, posing in a hot pink bikini to show off her new breast implants

Stassie has been featured on Jenner’s Instagram lately following her split from previous bestie Jordyn Woods.

Tyler started taking an interest in Stassie following the end of his brief fling with Gigi Hadid.

The two models had dated over the summer but by October the whirlwind romance was over. 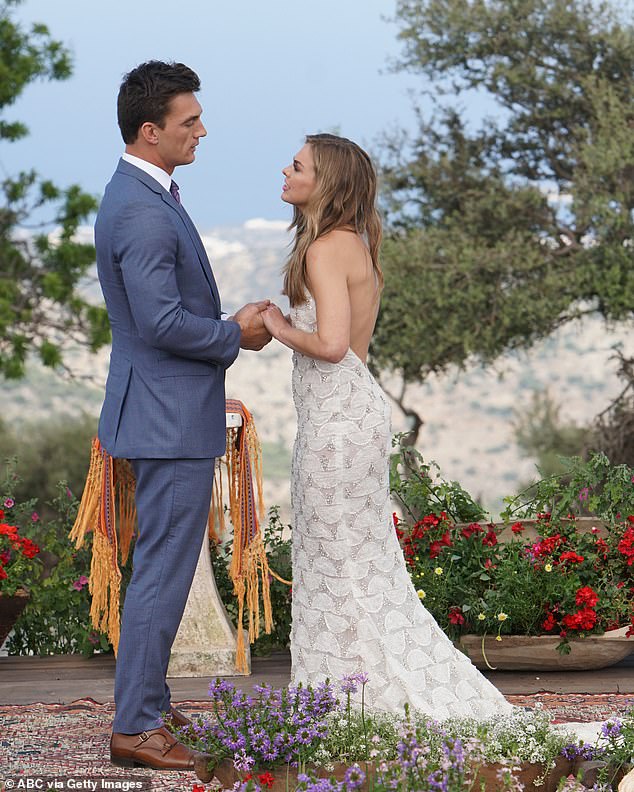