She’s always been a fan of vintage cars.

So it was no surprise that Caitlyn Jenner had no issues showcasing her vintage mini to a group of fellow car enthusiasts while in Thousand Oaks, California, on Thursday.

The 70-year-old kept things causal while speaking to a group of four men about her one-of-a-kind red and white Austin-Healey Bugeye Sprite. 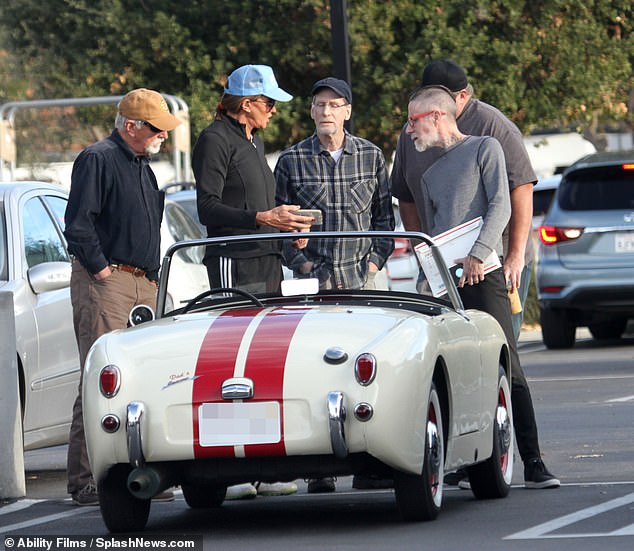 All gather round! Caitlyn Jenner was proud to showcase her vintage car to fellow enthusiasts while out in Thousand Oaks on Thursday

Caitlyn opted for a white button-up shirt underneath a black zip up jacket.

She teamed her look with Adidas track pants and a matching pair of sneakers.

Her brunette hair was styled back into a ponytail with a blue Malibu hat on top. 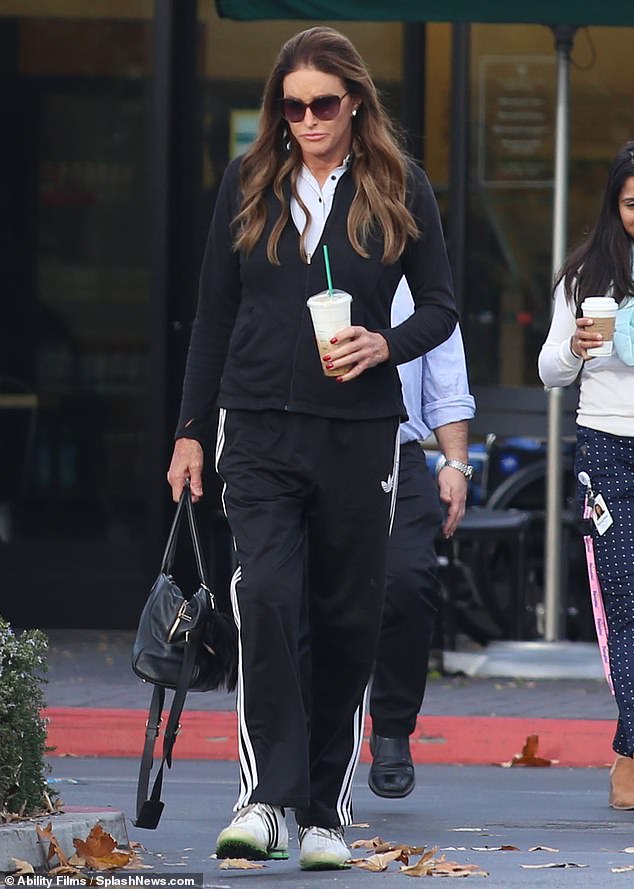 Loves the look! Caitlyn opted for a white button-up shirt underneath a black zip up jacket. She wore the same ensemble on Friday (pictured) 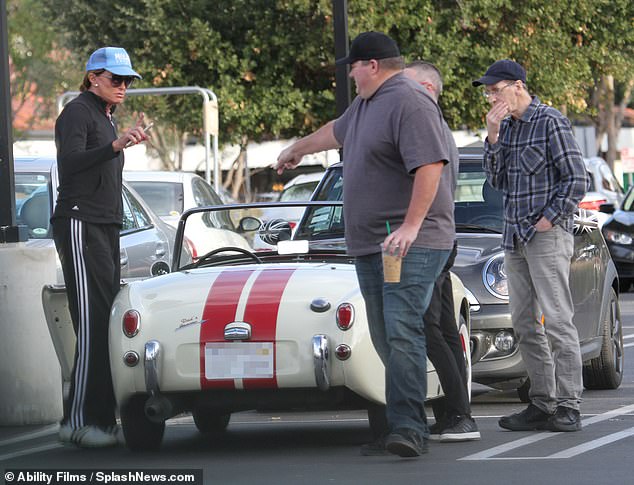 Getting into the details! The 70-year-old kept things causal while speaking to a group of men about her one-of-a-kind red and white Austin-Healey Bugeye Sprite

Caitlyn appeared to be wearing a natural amount of makeup for the outing.

The father of Kendall and Kylie Jenner was spotted the following day wearing the exact same outfit while treating herself to a juice.

She opted to rather style her brunette hair out into loose waves for the outing. 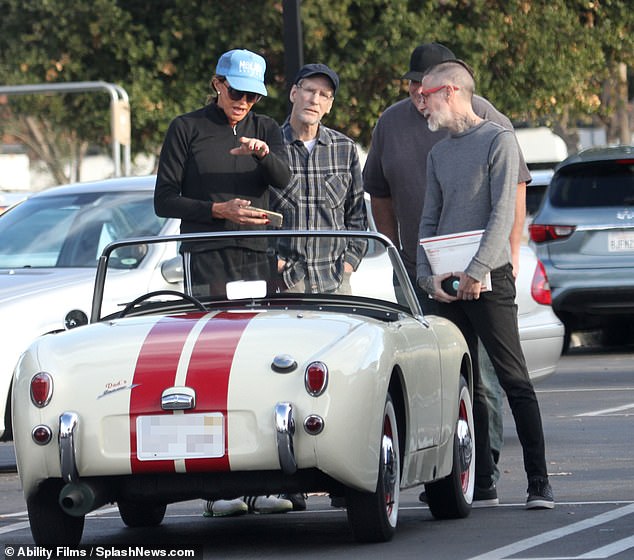 Keeping a low profile: Her brunette hair was styled back into a ponytail with a blue Malibu hat on top 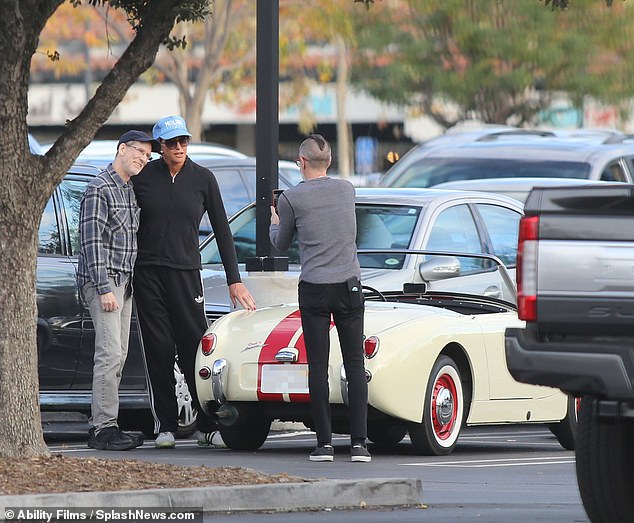 Kind star! Caitlyn even found a moment to pose for photos

Not seen with the former Olympian was her live-in pal, Sophia Hutchins, 23.

The blonde beauty and budding entrepreneur recently opened up about the state of their relationship after previously claiming they were ‘partners in every way’.

When asked why she has never before dispelled the rumours there was romance between the two she mused: ‘Because we weren’t addressing it.’ 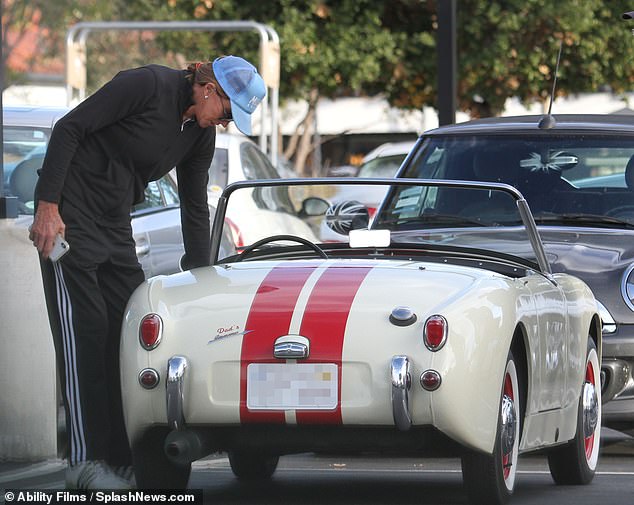 Passion: She’s always been a fan of vintage cars 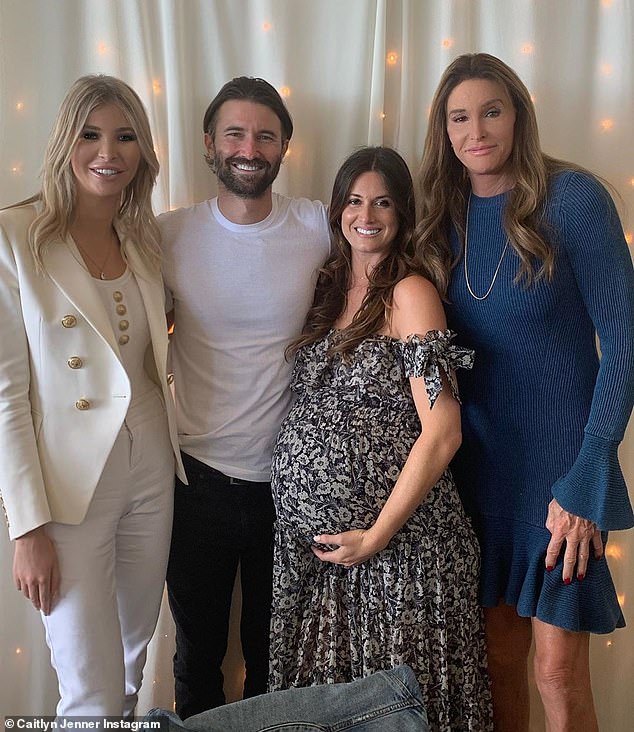 She continued: ‘I don’t feel a need to address my sex life, quite frankly, unless I want to.’

Sophia also divulged that she is in fact dating someone else, a 30-year-old gentleman who graduated from Harvard and works on Wall Street. 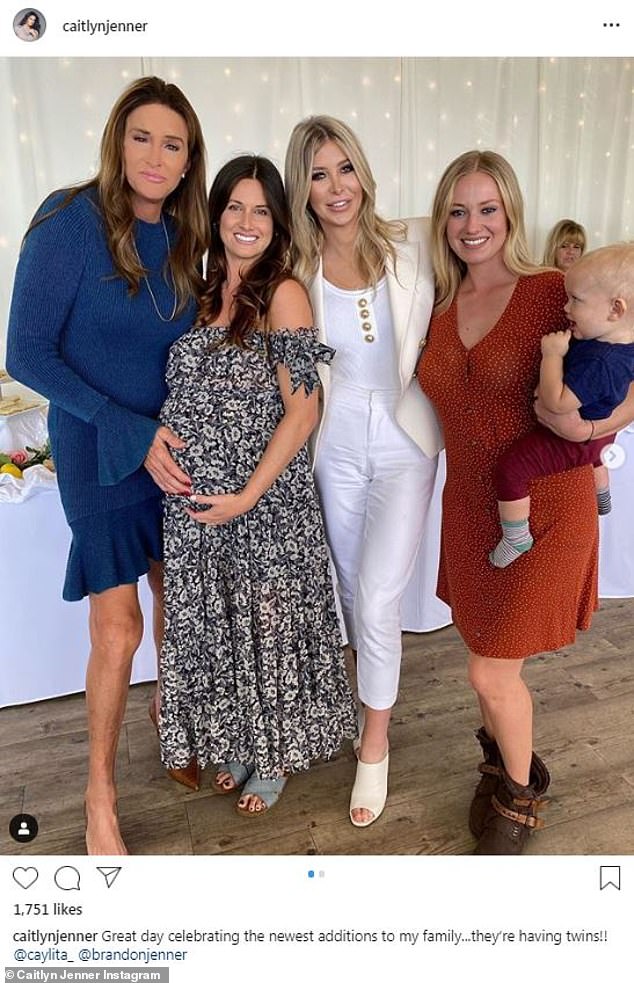 Just freinds: Sophia recently revealed she wasn’t in a relationship with Caitlyn