Cardi B and Megan Thee Stallion’s raunchy WAP is dethroned by rapper 24kGoldn on Australia’s ARIA chart after a record-breaking run at No. 1

Cardi B and Megan Thee Stallion’s X-rated collaboration WAP has been No. 1 on Australia’s ARIA charts for the past six weeks.

But the song has finally been dethroned by rapper 24kGoldn’s Mood, which has finally topped the charts.

The song, which features Iann Dior, has already reached No. 1 in the UK and No. 5 in the United States.

WAP had previously set a new record for the most weeks at No. 1 for a female hip-hop collaboration on the ARIA charts.

The song’s raunchy music video has attracted more than 317million streams on Spotify since it was released on August 6. 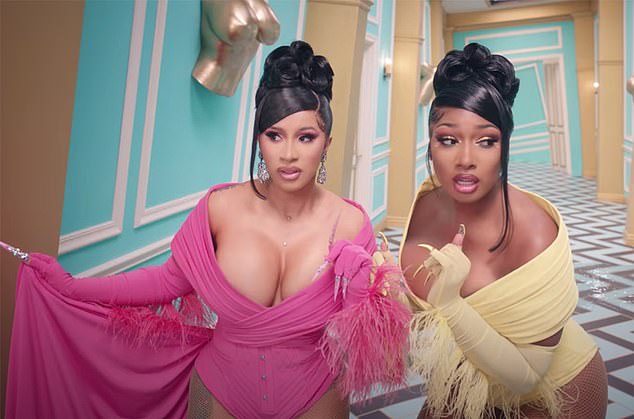 Hit: Cardi B and Megan X-rated collaboration WAP was No. 1 on Australia’s ARIA charts for the past six weeks

The figure does not include the more than 230million views on Youtube.

WAP even spent two weeks at number one on America’s Billboard Hot 100 – becoming the first female rap collaboration to debut in the spot.

It also received the most first week streams ever, and has been so popular TikTok users have mashed up the clip – altering its sound and the vocals – to share a variety of other versions online. 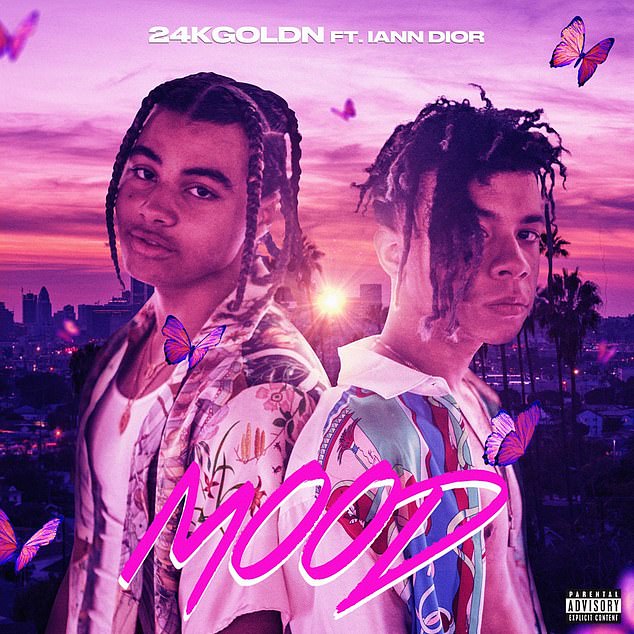 Chart topper: Mood, which features Iann Dior, has already reached No. 1 in the UK and No. 5 in the United States

WAP has become a viral sensation – partly due to a cameo from Kylie Jenner which was widely parodied online.

It gained further traction when conservative pundit Ben Shapiro awkwardly read out the songs lyrics during an episode of his podcast.

WAP was shot in West Hollywood, CA, in the middle of COVID-19 lockdowns. Cardi forked out $100k on coronavirus testing to ensure everybody was safe throughout filming. 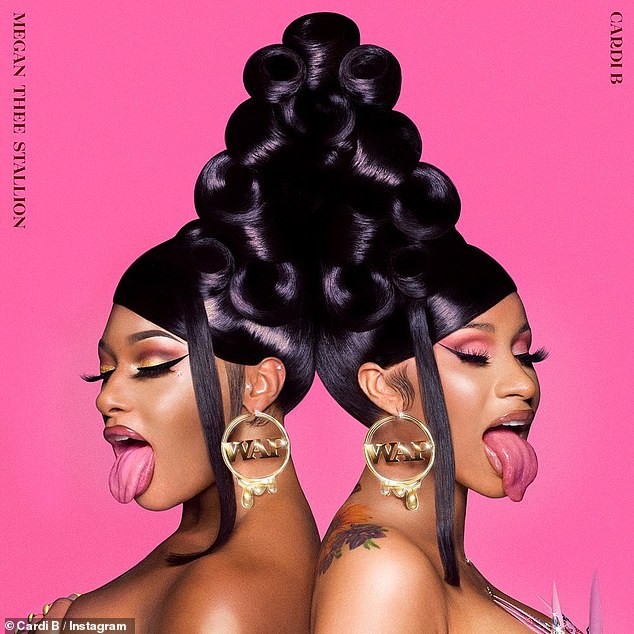 History: WAP had previously set a new record for the most weeks at No. 1 for a female hip-hop collaboration on the ARIA charts