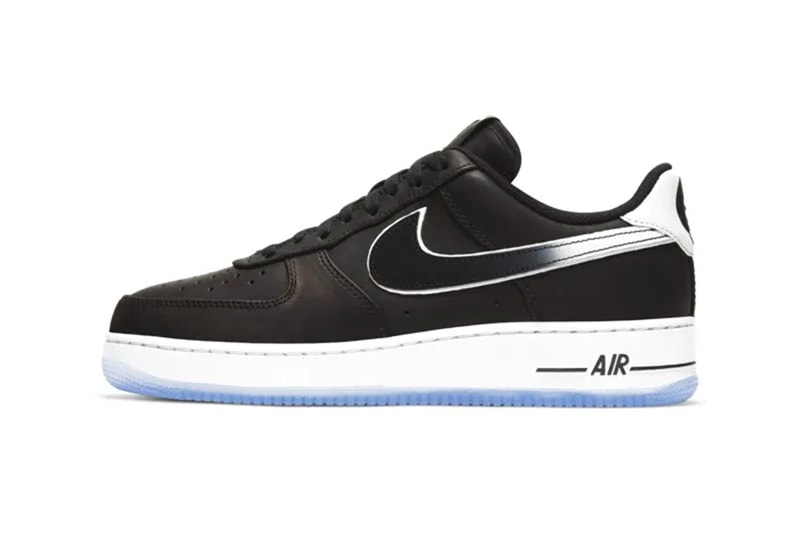 Lush black leather douses the shoe’s upper, with the Swoosh utilizing a two-tone gradient print that fades from white to black as it moves towards the heel. The heel tab presents a boldly-styled embroidered visage of Kaepernick that showcases his afro. More pops of white are located at the heel plate, special tongue badge, and leather hangtag, which also dons the number 7. On the interior is a patterned sock liner. This is all met by an icy blue translucent outsole.

Another version initially showcased a printed “081416” embellishment running from toe to heel, which represents the first time Kaepernick protested police brutality by taking a knee on the sideline during the national anthem — August 14, 2016. Based on the official Nike images, this has been swapped for a clean icy blue — no numbers can be seen. A white midsole with slight black accents completes the shoe.

The Colin Kaepernick x Nike Air Force 1 “True to 7” is slated for release on December 23 via SNKRS and will have a retail price of $110 USD. The shoe will also arrive in kids and toddler sizes for $75 USD and $65 USD, respectively.

Excited to share this project with you. Drops Monday, Dec. 23rd. #TrueTo7