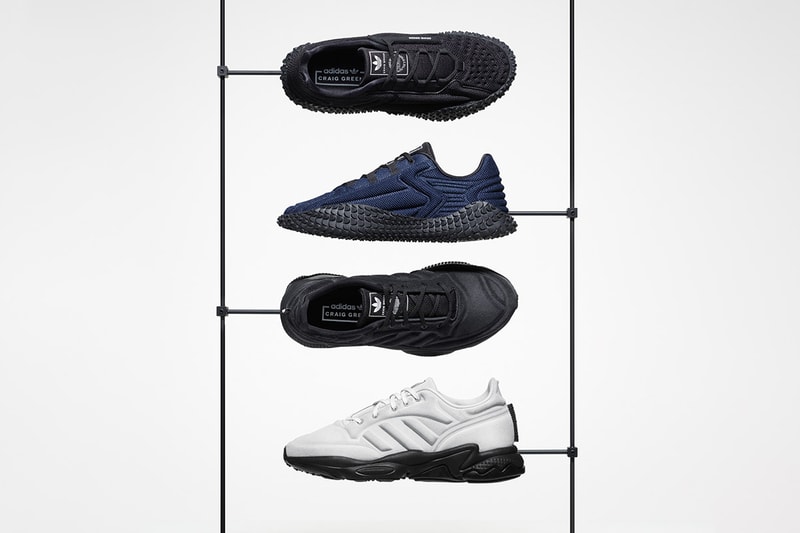 The idea behind the collaboration was to reference the sole of each shoe on its uppers, with the Kontuur I featuring a perforation effect as if it has been punctured by the sole, while the deep-quilted stitch lines of the Kontuur II are a nod to the Ozweego sole. Both sneakers are set to release in two colorways, including black or grey for the Kontuur II while the Kontuur I will drop in black or navy. The two silhouettes are then finished with adidas Originals by Craig Green branding on the tongue and heel. Announcing the collaboration, Craig Green explained that, “Footwear is like a sculpture. There’s so much you can do with sneakers that you can’t do with clothing. It’s exciting to think of all we can create in this collaborative project with adidas Originals.”

The first Craig Green x adidas Originals capsule will release on January 31 via the adidas web store and select stockists. Further styles will arrive over the course of 2020. Green also recently debuted a second adidas collaboration on the runway during Paris Fashion Week.

In other footwear news, adidas Originals has unveiled the Superstan silhouette.