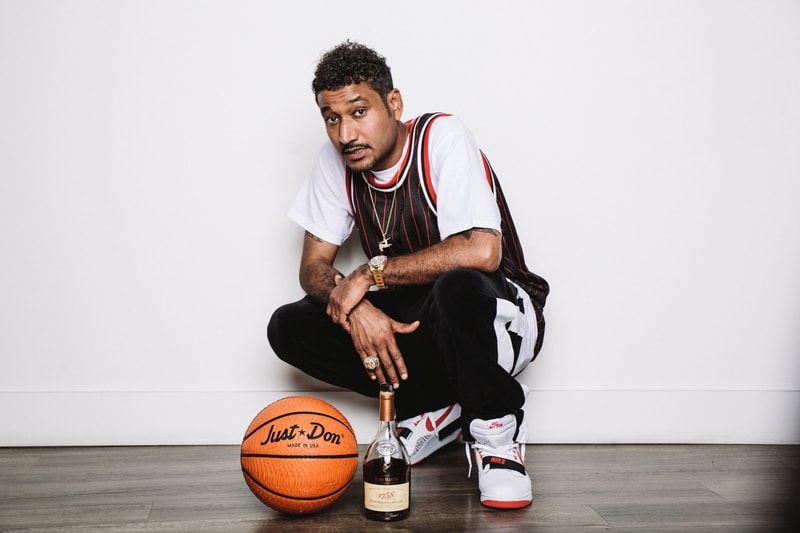 Just Don and Nike have a brand-new Air Force 1 collaboration on the way for NBA All-Star Weekend in Chicago. A homage to Just Don frontman Donald “Don C” Crawley’s home city, the luxurious high-tops feature a colorway and detailing inspired by the Windy City’s flag.

Revealed by Don C’s wife Kristen Noel Crawley, the high-cut design takes after Don’s AF100 collaboration from 2017 by combining elements of the Air Force 1 High, Air Force 2 and Air Force 3. However, unlike his stark first effort, it ramps up the color by using a bright blue hue.

Uppers are constructed of a smooth leather, while the collar’s strap opts for a tumbled leather. Bright red appears on the satin sockliner, small toebox Swooshes, Just Don heel branding, and midsole’s Air hit for a city-centric contrast. The lace deubres feature debossed Just Don wordmarks, and a Chicago flag patch is stitched inside the tongue.

Crawley’s post states that this new Just Don x Nike Air Force 1 will release on February 15. A retail price has yet to be announced.

Across the ocean, Don C’s peer and personal friend Virgil Abloh officially premiered a new collaboration of his own during Paris Fashion Week: the Off-White™ x Air Jordan 5.