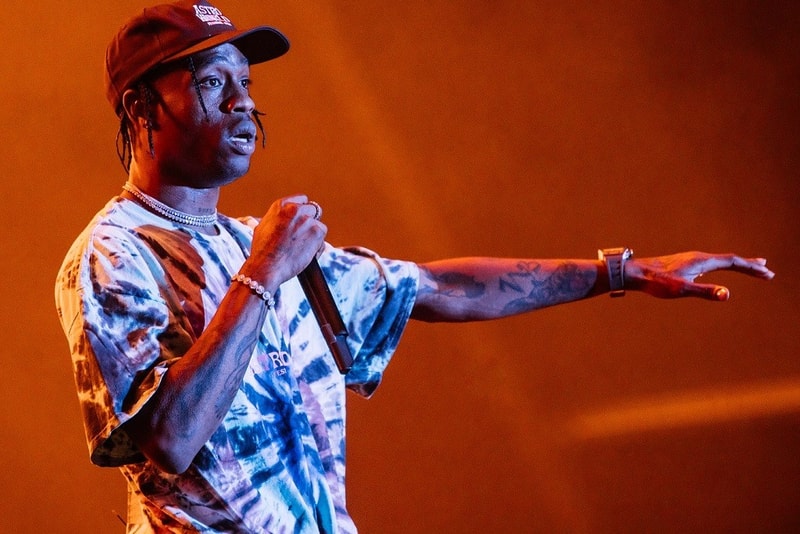 UPDATE (December 31, 2019): After Travis Scott gave the world a brief glimpse at an unreleased Nike SB Dunk Low in the recent “JACKBOYS” music video, we now have our first detailed look at the design. Combining an earthy base with rich navy accents, the Dunks also utilize both paisley and plaid prints. There’s even a small touch of the embroidered text found on Scott’s recent Air Force 1 spread around the collar. Rope laces take on a frizzy construction, and Scott’s Cactus Jack logo appears on the puffy tongue, putting to rest any debate on if the shoe was indeed a collaboration or just a yet-to-release in-line style.

UPDATE: I’m hearing the bandana material tears away like the Lance Jordan lows and will have cement print underneath. @lil_john310 once again comes thru with the early looks. Here’s your first really good look at the upcoming @travisscott Nike SB dunk low. These are rumored for February but I’ve also heard might be pushed back a bit. Yes, they will be available at your local skate shops. I’m sure more info should come out soon now with them leaking. Thoughts? #NikeSBorNothing #nikesb #nikedunk #nicekicks #sb #sneakers #nikedunks #dunksb #nikesbovereverything #Sbfiend #igsneakercommunity #sbsonly #sbnation #sbInsider #swooshlife #supportyourlocal #kicksonfire #sneakernews #skateboarding #swoosh #janoski #nike #stashedboxes #forevernikesb #wearwhatyoulikenotwhatshyped #nikesbsyl @nikesb

According to Nike SB-centric Instagram account @nikesbornothing, the bandanna-style paisley overlays will tear away with wear — much like the recent Lance Mountain Air Jordan 1 Low — to reveal a cement print underneath. Early reports have the shoes pegged for a February release both online and at skate shops, but nothing has been officially confirmed by Nike or Scott yet.

Original Story (December 29, 2019): As we look forward to what Travis Scott and Nike/Jordan Brand have planned for 2020, the rapper was spotted in a pair of unreleased SB Dunk Lows in the music video for “JACKBOYS.”

Around the eight-minute mark of the visual, La Flame steps into the scene with a particular focus put on the shoes he’s wearing as he walks towards the Tesla Cybertruck. Styled with a KAPITAL 12oz Denim Bone Crosby Jacket and 12.5oz Denim Mexican Tuxedo 5P OKAGILLY Jeans, the Dunk Lows are expected to be one of Travis’ 2020 Nike collaborations. Although we don’t really get a clear look, the shoes look to feature a patchwork design centered around tones of tan and beige marked by distressing.

Take a better look at the unreleased Nike SB Dunk Low Travis Scott wore in the music video for “JACKBOYS.”