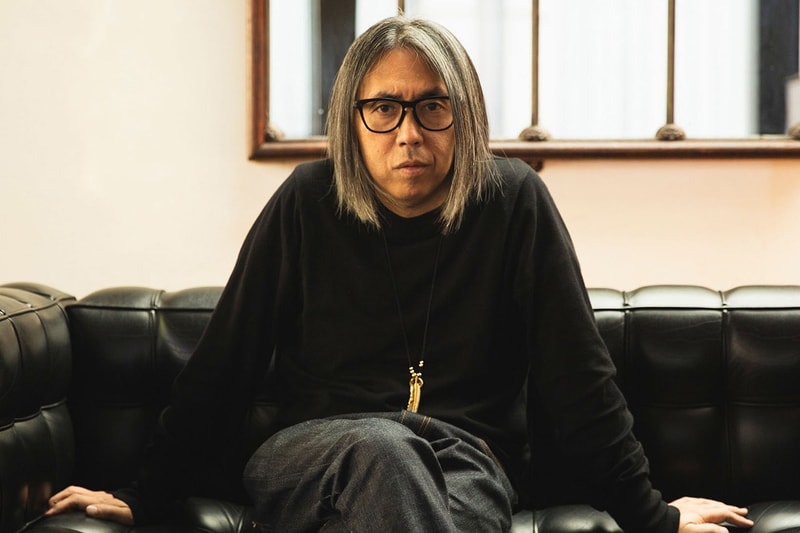 jeffstaple recently posted a throwback video from 2017 of himself interviewing Hiroshi Fujiwara on Instagram. In the interview, Fujiwara is sporting the same fragment design x Nike Air Force 1 Highs he wore to Nike’s NYFW 2020 event.

Fujiwara explains that the Air Force 1 Highs are his “dream shoes” and that they are inspired by hip-hop in the ’80s, specifically Malcom McLaren’s ‘Buffalo Gals’ music video. People in the video were wearing white high-tops with three velcro straps, but Fujiwara couldn’t find them anywhere, so he decided to make his own.

Along with a first look at the Air Force 1 Highs, Fujiwara also gives an exclusive look at a few of the unreleased prototypes he worked on with Nike. “I think one of the most interesting parts about collaboration is the stuff that doesn’t come out,” jeffstaple says before the reveals. The samples include a white Cortez with Flywire underlays, an Air Max 1/ACG hybrid and more. A couple of these samples read “The Ten,” showing a glimpse at an alternate reality where Fujiwara released a collection of 10 shoes with Nike instead of Virgil Abloh.

Watch the full interview and the video that inspired the fragment design x Nike Air Force 1 High prototype below.

Hiroshi Fujiwara recently went to Nike’s 2020 NYFW event to unveil some amazing prototypes on his feet. The internet went crazy over em. But who remembers that back in 2017; him & I sat down @ComplexCon to talk about this mysterious shoe & much more! Here’s a clip…

Elsewhere in footwear, Rick Owens and Veja have teamed up for two sustainable footwear styles.