She said that she had feared that despite the fact he was amazing in camp, the public would see his ‘moany bits’ and give him a negative reaction.

The actress, 27, failed to mention husband Dan Osborne, 28, during her interview with Amanda Holden, despite him publicly apologising to her for his infidelities.

Pals: Jacqueline Jossa revealed she was concerned for the public reaction to ‘moany’ James Haskell during I’m A Celeb… but failed to mention husband Dan Osborne on Heart on Thursday 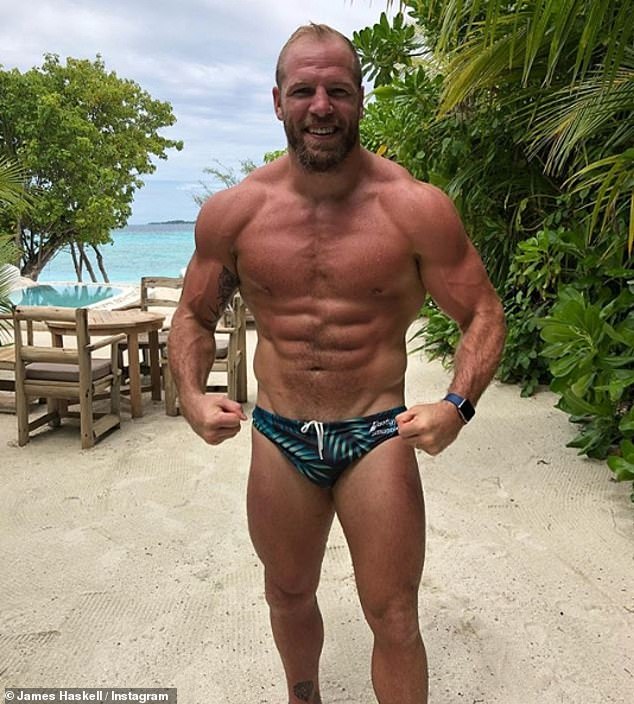 She said of James: ‘He couldn’t have been any better, and then I thought he might be having a tough ride. I was worried they had shown only his moany bits’

She said she was missing James the most since leaving the jungle, saying: ‘I was worried because you think of what the audience are seeing.

‘I was worried that he was coming across differently to how he was in there, because he was doing everything for everybody.

‘He couldn’t have been any better, and then I thought he might be having a tough ride. I was worried they had shown only his moany bits.’ 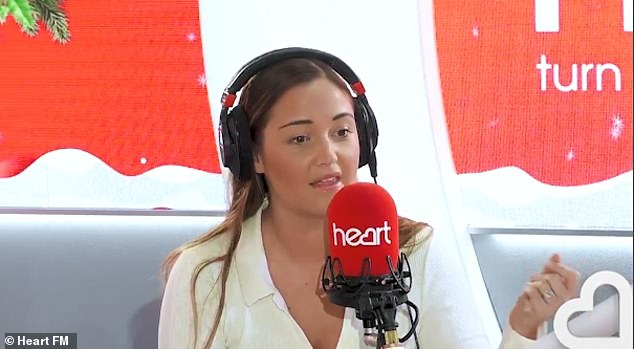 Not today! The actress, 27, failed to mention husband Dan Osborne, 28, during her interview with Amanda Holden, despite him publicly apologising to her for his infidelities 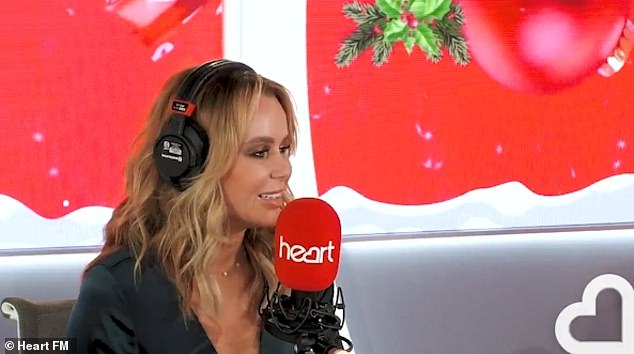 Getting the dirt: Amanda asked Jacqueline if there was any drama in there that we didn’t see, but she said there wasn’t

Amanda asked Jacqueline if there was any drama in there that we didn’t see.

She replied: ‘There really wasn’t., was amazing, [James] was ridiculously funny, you’re just emotional in there and I was worried what he had gone out to.’

She also discussesd the lack of hygiene in camp, saying: ‘By the end, our BO was in unison and we basically all smelled the same.

‘We got an eco-friendly deodorant, and it just stunk. We realised we don’t normally smell like this and the deodorant was the smelly part so we ditched it.’ 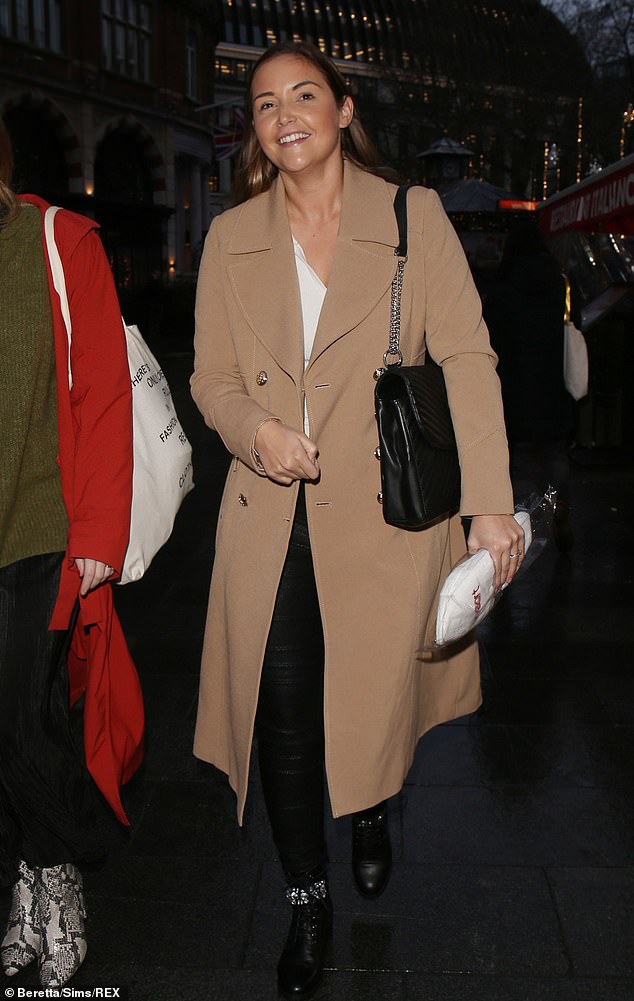 Flawless: Jacqueline looked lovely when she was pictured leaving the interview with a pair of Heart FM branded slippers in hand 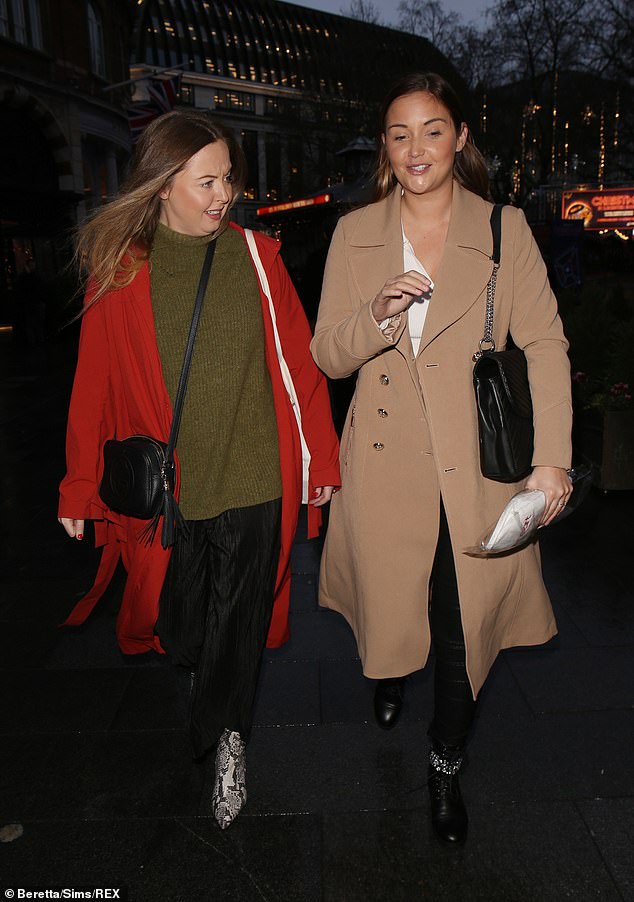 Happy: She had a big smile on her face as she walked through London’s Leicester Square when it was still dark outside

She said: ‘So basically I was standing next to Caitlyn at the afterparty and she was like “Oh hey give me your number.” And I was like “oh my god!”

‘She’s asked for my number! and I was like really cas[ual] just gave it to her, thinking she’s done that cleverly so I don’t ask for hers, so I’ll never have hers. 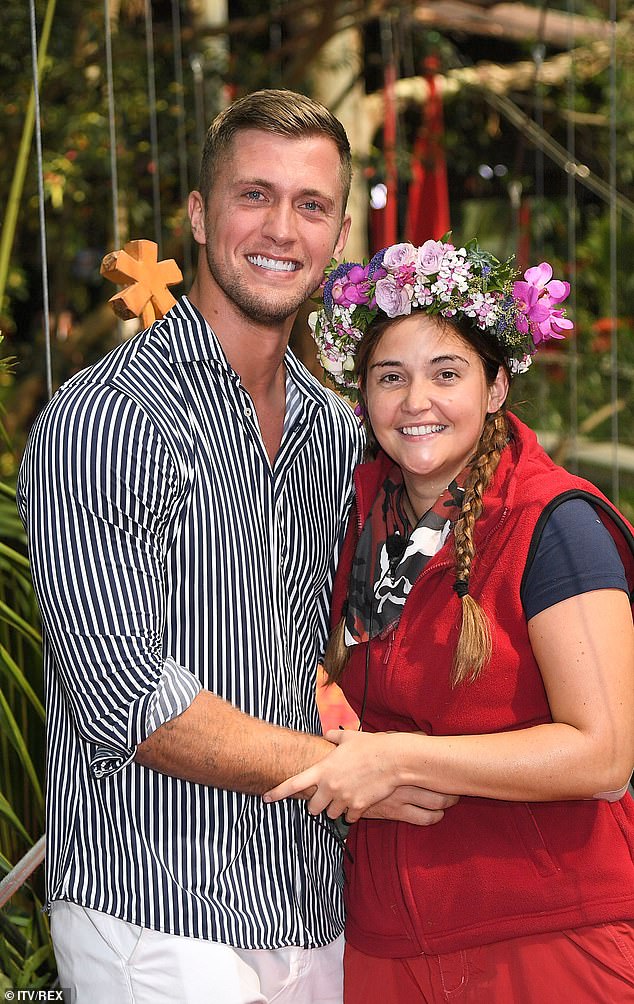 Mistakes were made: Dan Osborne has publicly apologised to his wife Jacqueline Jossa and their family, following months of speculation that he has cheated on her 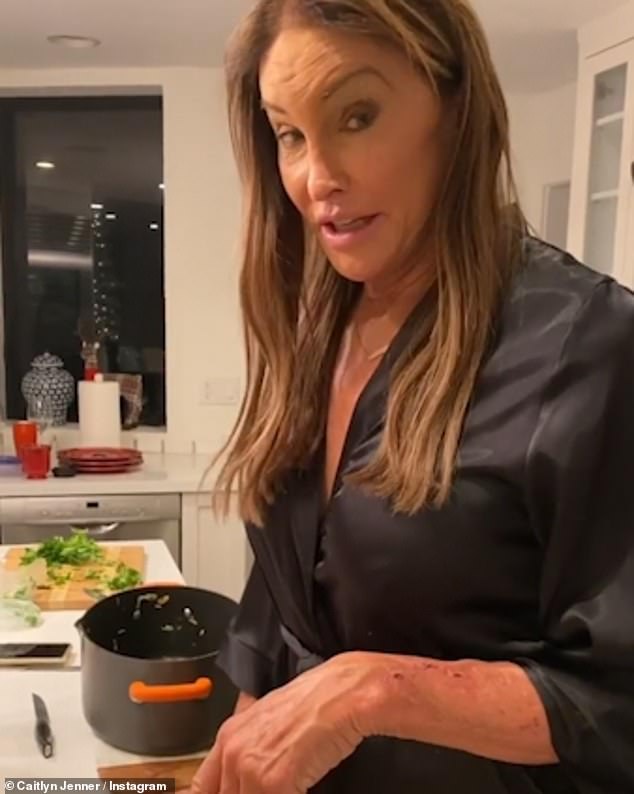 Wow: Jacqueline said she is thrilled that Caitlyn Jenner called her, along with daughter Kylie

‘And then she did the whole “It’s Caitlyn” and texted me so then I had hers. And I was like “oh my god!” just cas[ual], cas[ual] just save it as Caitlyn and don’t put Jenner, you know, all of that.

‘She said my name in an American accent and it was just incredible. She was like “thanks for baiting my dad! You’ve done so well, I’ve heard so much about you”. It was amazing!! I’ll show you it, it was incredible.’ 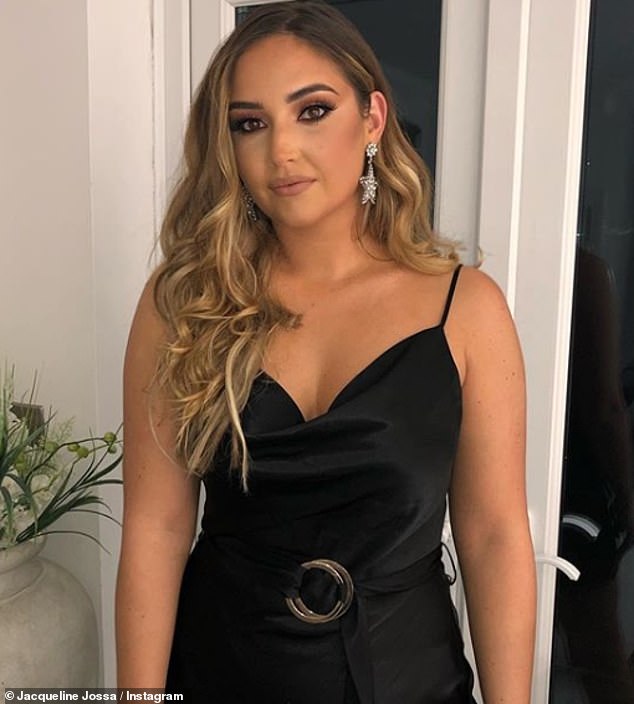 Sorry: The ex reality star took to Instagram to admit that he has ‘made mistakes that almost cost me my family’ but that he and Jacqueline are ‘stronger than ever’

Meanwhile, Jacqueline was last seen on a date night with her husband on Monday night as they spent some quality time together.

The couple – who Dan says are now ‘stronger than ever’ following two years of cheating claims – enjoyed a lovely meal together.

Jacqueline has said Dan is aware that he has ‘done wrong’ but that they both want to be together.

Dan said sorry to his wife and her family, following speculation that he cheated on her.

The ex reality star took to Instagram to admit that he has ‘made mistakes that almost cost me my family’ but that he and Jacqueline are ‘stronger than ever’.

The statement – which has been posted a week after his wife Jacqueline was crowned queen of the jungle on I’m A Celebrity… Get Me Out Of Here!

It read: ‘So after weeks, months and years of constant articles & rumours, some true, some very untrue I want to publicly say I know I have made mistakes.

‘We all do as humans, but I’ve made some that have almost cost me my family. 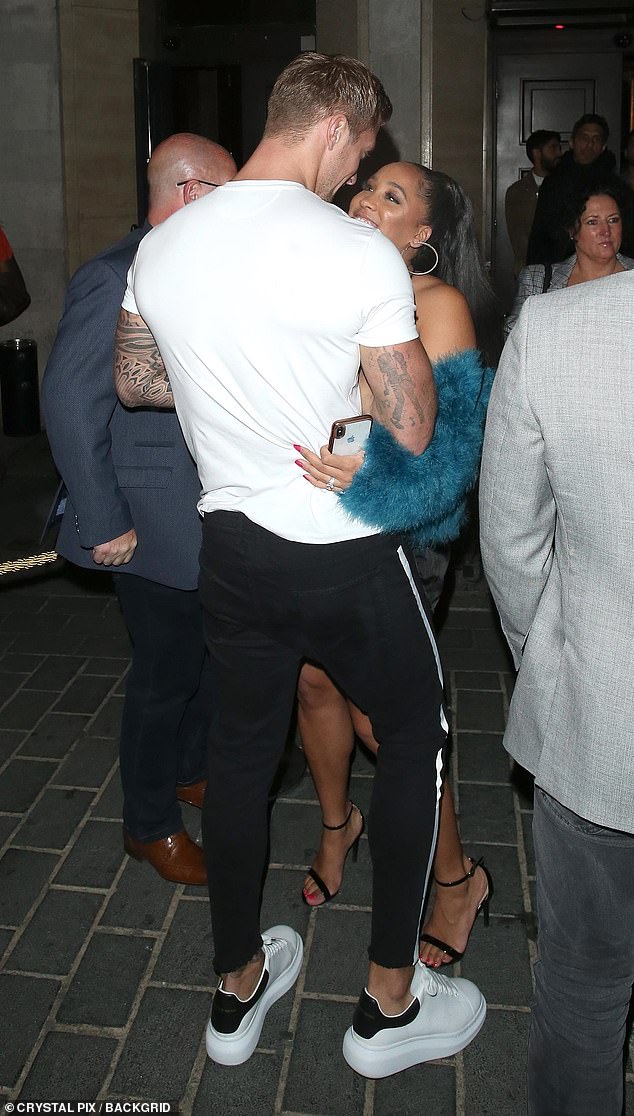 ‘I have seriously learned from these massively, so I want to publicly apologise to my beautiful wife and my family for the mistakes I’ve made.

‘I am the luckiest man in the world to have what I have with Jacqueline and my three incredible children and I will spend the rest of my life being the best husband and dad that I can be.

‘Jac, myself and our families are excited for the future, one filled with love and happiness together.

‘We truly appreciate everyone that has supported us as a couple, we are ending this year stronger than ever.’ 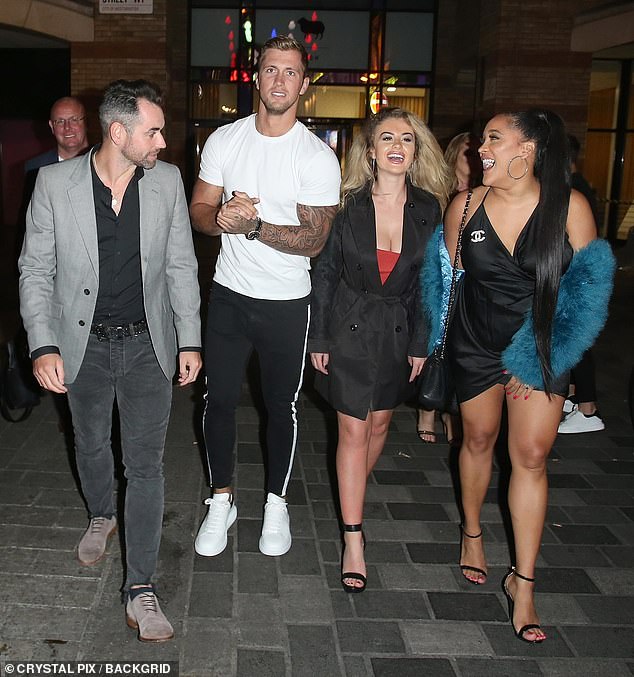