Tekashi 6ix9ine's Girlfriend Accused Of Being Hooked On COCAINE!! 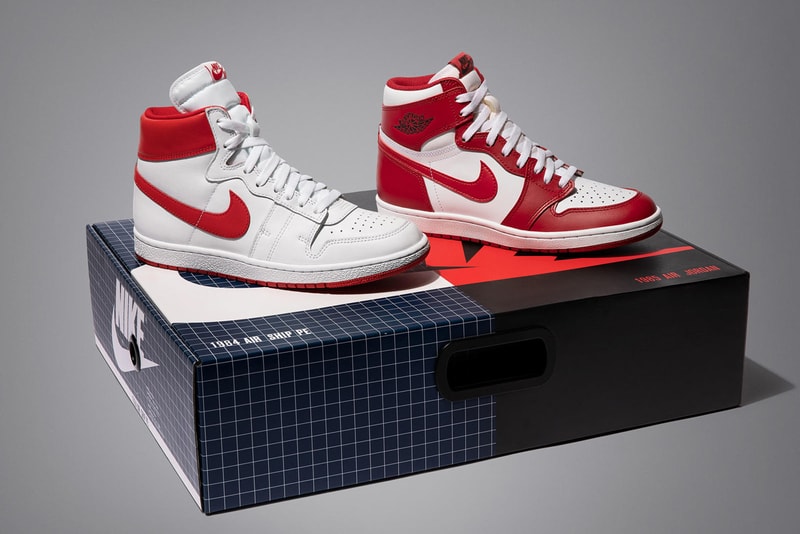 Chicago is playing host to NBA All-Star Weekend 2020, and to pay homage to the former stomping grounds of Michael Jordan and the ’90s Chicago Bulls — basketball’s most storied dynasty — Jordan Brand, Nike and Converse have presented an extensive slate of All-Star releases. Consisting of a whopping 18 styles from all three branches of the Nike family, the collection offers both performance and lifestyle-geared options, packed with history, homage colorways and enough special details to whet the appetite of any basketball lover or sneaker aficionado. Particular significance is granted to Jordan Brand’s offerings, several of which provide direct homages to the Windy City. The most notable of these is unquestionably the “New Beginnings” pack, a two-shoe set made up of the Air Jordan 1 Hi ’85 and the Air Ship. This acknowledges MJ’s first-ever signature shoe as well as the silhouette he wore before the Air Jordan line was launched, and also serves as the introduction of what’s said to be the most authentic Air Jordan 1 re-release yet. This Chicago-centric look is continued on a new Air Jordan 34 with colorful heel tabs inspired by Chicago’s transit system, an Air Jordan 3 “Retro U” that features “Nike CHI” instead of “Nike Air” on the heel and a women’s Air Jordan 1 that nods to both the Bulls and Jordan’s alma mater, the University of North Carolina. Other releases include the debut of the Air Jordan 34 SE, an Air Jordan 9 “Racer Blue” and two takes on Russell Westbrook‘s Why Not Zer0.3. Meanwhile, Nike’s entrants into the collection are entirely focused on the hardwood. LeBron James‘s LeBron 17 is presented in a “Monstars” style ahead of next year’s highly anticipated Space Jam 2. Kyrie Irving‘s Kyrie 6 takes on a red and gold colorway nodding to the Chi’s home team. Kevin Durant‘s KD 12 has been remade in a Chicago flag-inspired style by city native and frequent Nike collaborator Don C. Giannis Antetokounmpo‘s Zoom Freak 1 proffers a playful “Employee of the Month” style to continue the reigning league MVP’s run of Coming To America-inspired sneakers and Paul George‘s PG 4 presents a medley of bold hues inspired by his favorite Gatorade flavors. Rounding off the styles are four offerings from Converse, the true originator of basketball footwear. The brand’s modern All Star Pro BB appears in a crisp white/grey high top style as well as a low-cut makeup with traditional red and navy accents. The Pro Leather is present as well, offered in white with either bright red or powder blue accents. This provides a clever acknowledgement of a little-known piece of Michael Jordan’s history — namely that he played in Converse during his days at North Carolina.

This veritable smorgasbord of styles is set to roll out via the Nike webstore and Nike SNKRS over the course of January and February, though most releases are concentrated around All-Star Weekend itself, which runs from February 14-16.

Jordan Brand has more in the chamber as well: Virgil Abloh has cooked up a new Off-White™ Air Jordan 5 with see-through accents.