Megan Thee Stallion Allegedly Lying About Her Age – She Claims 24!!! 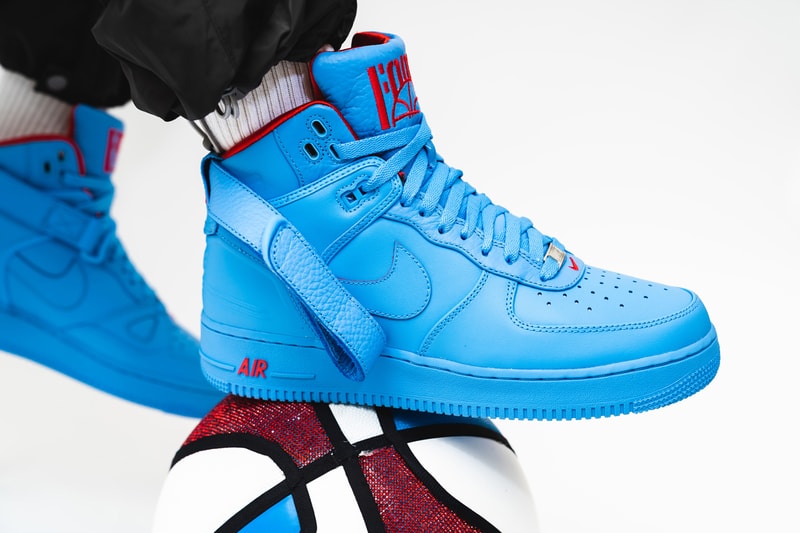 Ahead of NBA All-Star Weekend in Chicago, Don C‘s Just Don and Nike have joined forces once again for a Windy City-inspired Air Force 1 Hi. With bold colors and dashing details both visible and hidden, the shoes are a loving homage to Don’s home city.

Next to the hybrid build, color and construction are the two other focal points here, with the former being provided by a rich blue hue, and the latter employing a supple leather. Nearly every inch of the high-cut upper is dressed in high-quality materials, and its blue tint holds a dual meaning: not only is it the main color of Chicago’s flag, it’s also the signature shade of American Express, who partnered with Just Don and Nike Sportswear for the launch. The detailing doesn’t stop there, however. Red Just Don graphics are present on the heel tab, metallic silver lace deubres are split between “Just” and “Don” on the right and left feet, and extra red touches appear around each midfoot Swoosh’s trim and midsole’s Air graphic.

What’s not outwardly visible is just as interesting. A full-on four-star Chicago flag appears on the inner tongue, with a red satin sockliner adding a touch of luxury sportswear flair. A blue leather insole stamped with a special heel badge offers a finishing touch.

“I hope when people see the sneaker’s design, color and texture, it ignites a feeling – I want everyone to feel the love a kid from Chicago has for his city” said Don C. “It’s exciting to partner with American Express on a limited-edition sneaker for their card members, that is also a nod to the brand’s signature blue.”

The Just Don x Nike Air Force 1 Hi released exclusively to American Express card members February 13 at 11 a.m, EST. It had to be purchased with an Amex card, and retailed for $200 USD.

For more All-Star footwear of both the performance and lifestyle varieties, check out Nike and Jordan Brand’s whopping slate of ASW-specific drops.