Kanye West may just be the hardest working man in music.

And the 42-year-old proved he’s always grinding after he was seen grabbing lunch to-go from a local grub stop in Calabasas on Saturday afternoon on the way to his office. 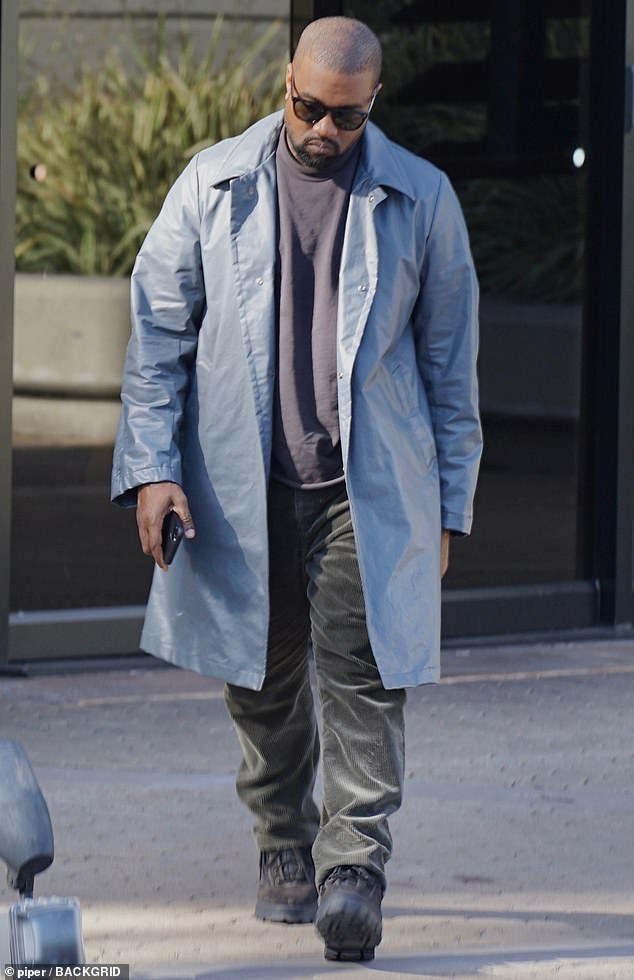 Out to lunch: Kanye West stepped out into his Calabasas neighborhood to grab some late lunch on Saturday 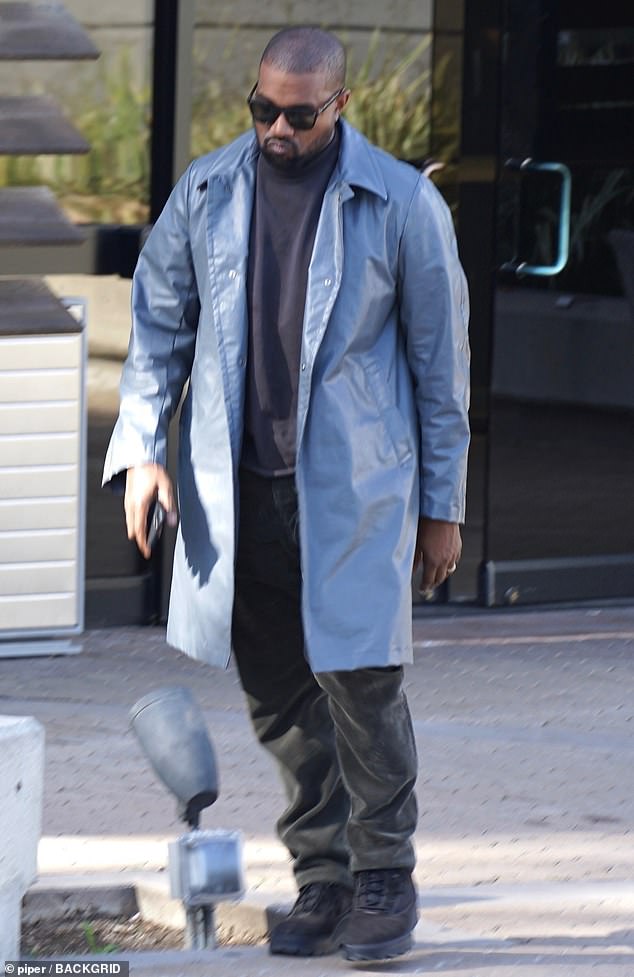 Spotted: Kanye was spotted for the first time since news broke that his Yeezus album was meant to have a different title

The Follow God rapper sported his usual glum expression, as he exited the Calabasas food joint.

West donned an unusual grey-blue trench coat that cascaded over his black tee and matching jeans.

His eyes were shaded by a pair of black, thin framed sunglasses.

According to nearby shutterbugs, West grabbed his food to-go so he could head over to his neighboring office.

The rapper is coming off a year of Sunday Services, as well as having just dropped his album Jesus Is King in October.

To add even more to his busy schedule, the husband to Kim Kardashian hosted an array of performances for his debut opera Nebuchadnezzar at the Hollywood Bowl in Los Angeles. 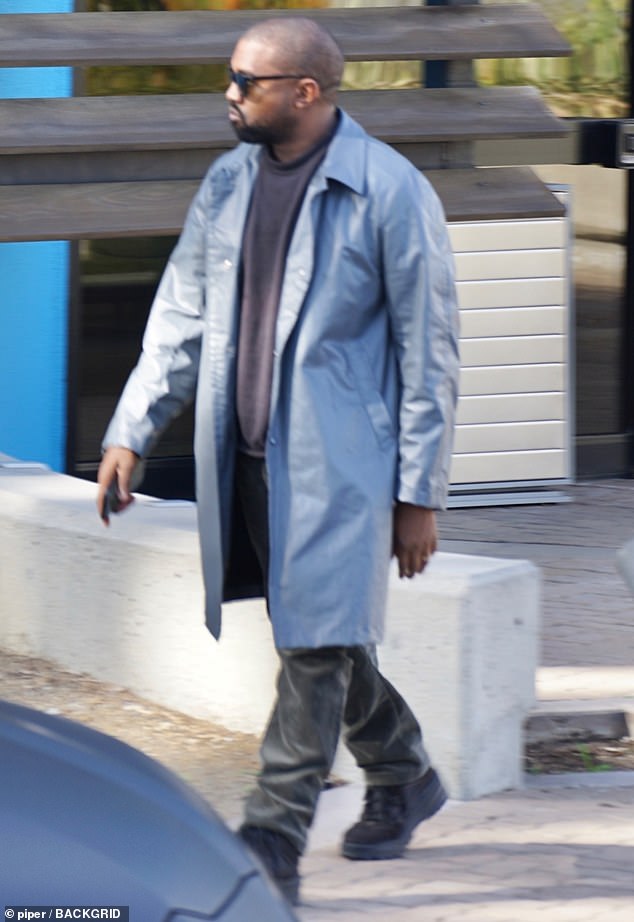 Fashion: Kanye has strange taste in clothes and the fashion designer exhibited that taste in a grey-blue trench coat and all-black basics 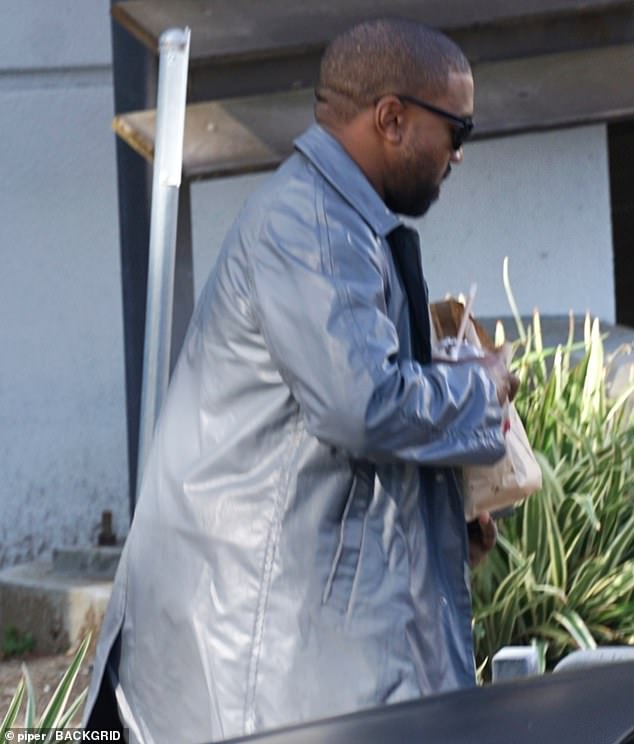 Sneaky: The rapper left the restaurant with a to-go bag as headed to his office nearby 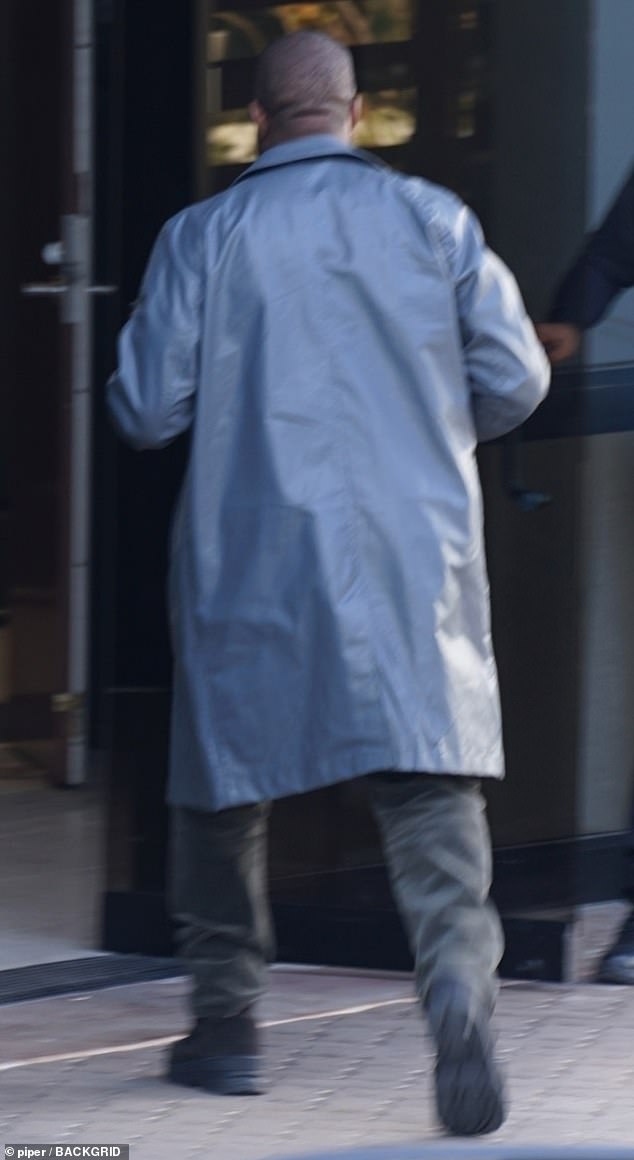 Grinding: West is always working on his next musical ventures and Saturday was no different for the Jesus Is King rapper

West’s Jesus Is King era has been highly promoted and strategically orchestrated by the rapper and his team.

But fans often wonder about the early stages of Kanye’s music and how much changes before they’re able to get their hands on the final product.

On Friday fans got an inside look into Kanye West’s mind and the drastic changes he makes prior to record release.

His former art director, Joe Perez took to his Instagram page to share various concept images that feature the title Thank God For Drugs for his 2013 Yeezus album. 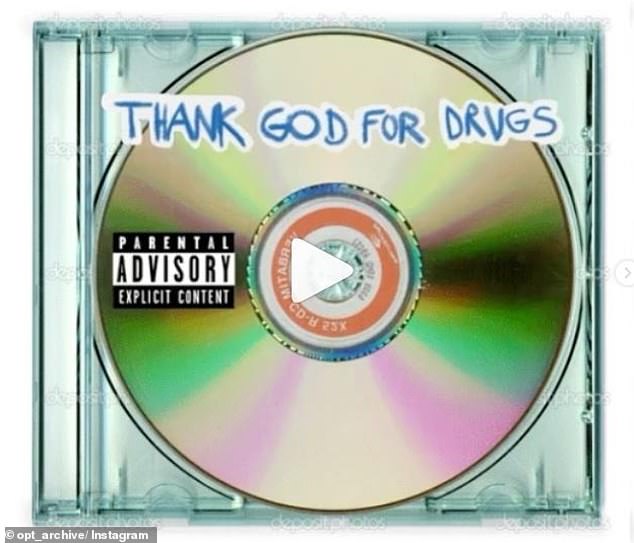 Perez provided concept art for the album’s intended cover art, which featured imagery of a clear CD case, along with a mix-tape style CD.

The CD has the Thank God For Drugs title scribbled in a font similar to legitimate handwriting.

Another image posted by Perez featured the Yeezus tour poster, but how it would have looked if West had stuck with the album’s original name.

Not only was the record’s name changed, but also West’s original name for the record’s expected tour underwent a total makeover.

Perez pointed out that the tour was originally the Til Death Do Us Part tour, but was later scrapped when both the album and the tour were set to be named Yeezus. 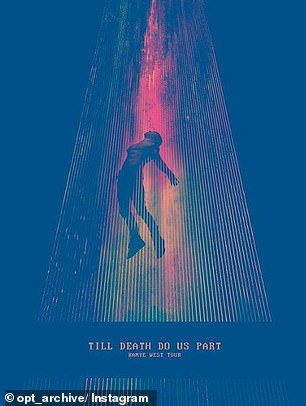 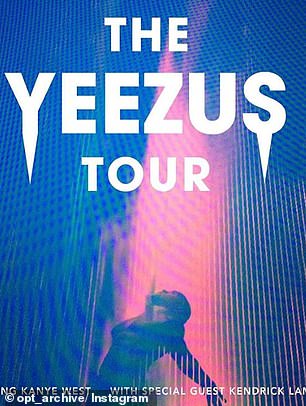 Same thing, different name: Perez allowed fans to see what the tour poster would have looked like if the album had remained the Thank God For Drugs title